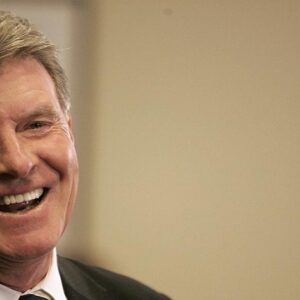 Clement Leroy “Butch” Clement Leroy “Butch” Clement Leroy “Butch Otter is Idaho’s 32nd governor, and he is presently completing his third consecutive term. Otter also holds the record for being Idaho’s longest-serving Lieutenant Governor, having served for 14 years. He is a Republican Party member who has been known to deviate from his party’s policies on occasion. In 2001, he was one of three Republicans who voted against the USA Patriot Act. He also slammed the Bush administration’s domestic espionage operations. Otter has worked hard to achieve success despite coming from a disadvantaged home with limited options. He served in the military for five years and has worked in the farm industry for 30 years before ascending to power. Otter, who was educated by hardworking parents, worked odd jobs throughout his school years to pay for his studies and refused to pursue a career as a priest. He was the first in his family to graduate from college, and in his final term, he even made the dean’s list. From his first marriage to Gay Simplot, he had four children. He and his second wife, Lori, now live on a 70-acre ranch in Star, Idaho.

Butch Otter was born on May 3, 1942, into an impoverished Catholic household in Caldwell, Idaho. He is the sixth of nine children born to Joseph Bernard Otter and Regina Mary.

His father was a journeyman electrician, while his mother was the owner of a farm. Otter had to attend 15 different schools during his childhood due to his family’s continual mobility.

Otter didn’t earn outstanding grades in school and assumed that he would have to settle for a blue-collar job. During his school years, he worked as a janitor, theater ticket taker, and lawn boy.

Despite having to take a year off due to a family accident, he graduated from St. Teresa’s Academy (Bishop Kelly High School) in 1962 at the age of 20. He temporarily attended St. Martin’s Abbey in Lacey, Washington, after graduating from high school, but decided against becoming a priest.

He finally returned to Boise Junior College in Idaho to continue his education. In 1967, he graduated from the College of Idaho with a bachelor’s degree in political science.

Butch Otter began working for his father-in-law J.R. Simplot’s agriculture organization after his marriage in 1964. Despite the fact that Simplot was a wealthy businessman and Otter was a poor man, the two got along swimmingly since Simplot, like Otter, grew up poor and never completed eighth grade.
Otter began his career at the bottom of the organization, working in the Simplot Caldwell Potato Plant as a lowly worker. Otter, on the other hand, was promoted to vice-president of J.R. Simplot Company just four years after receiving his bachelor’s degree. Simplot International named him president in 1979. He visited to approximately 80 countries during this time to promote the company.
He served in the military from 1968 to 1973 before beginning his political career. He was a member of the 116th Armored Cavalry of the Idaho Army National Guard.

Butch Otter’s political career began in 1969, when he was hired as the Idaho Senate’s assistant secretary and parliamentarian. He was elected to the Idaho State House of Representatives in 1972, representing Canyon County. In 1974 and 1976, he was re-elected to the Idaho House of Representatives.
In 1978, he ran for Governor of Idaho in a long-shot bid. Despite failing to win the Republican primary, he came in third place with 26.0 percent of the vote.

He was elected Lieutenant Governor of Idaho in 1986 and held the position for a record 14 years. He served under three different governors throughout his time in office. He resigned in 2001 before finishing his fourth term in order to take a Congressional seat.

In the Republican primary to represent Idaho’s 1st Congressional District in the United States House in 2001, his position as Lieutenant Governor made him a favorite. He easily won the seat and remained in it till 2007.
Otter defeated Democrat Jerry Brady in the general election for Governor of Idaho on November 7, 2006, after winning the Republican primary with 70% of the vote. He was first elected in January 2007 and has been re-elected twice since then, in 2010 and 2014.

He is currently the Governor of Idaho for the third time in a row. He was recently mentioned as a potential choice for US Secretary of Agriculture in Donald Trump’s cabinet.

Butch Otter voted against the Patriot Act in 2001 during his time in Congress. He also voted against permitting unrestricted electronic surveillance.
His educational reforms are well-known. He increased state educational funding by $1.36 billion during his first tenure as governor. During his second tenure, he made a concerted effort to overhaul the state’s entire educational system.

Butch Otter married Gay Simplot, the sole daughter of J. R. Simplot, for the first time in 1964. They have three daughters and a son, as well as seven grandchildren. After 28 years of marriage, Otter divorced his first wife in 1992. Before Otter married a second time, the Catholic Church annulled their marriage.
On August 18, 2006, in Meridian, he married his longtime girlfriend Lori Easley. Lori is a teacher and a former Miss Idaho USA. Lori and David met in 1991 while Lori was competing in a beauty competition. Because Lori is 25 years younger than Otter, he has been chastised by social conservatives.

When the kids at his school started calling him “Clem” Kadiddlehopper, a village idiot character invented by comedian Red Skelton, he got into trouble. As a result of this, he was involved in a few playground brawls, earning him the moniker “Butch.”

During a poll in 1960, every child in his Catholic school voted for Democratic President John F. Kennedy. Otter went on to register as a Democrat after obtaining his voting rights in 1964. However, a Republican booth acquaintance pushed him to take their leaflets. Otter finally decided to vote for the Republican candidate after reading Barry Goldwater’s ‘The Conscience of a Conservative.’

Otter’s 1992 year was filled with ups and downs: he won the “Mr. Tight Jeans” contest in July, was convicted of driving while intoxicated in August, and was divorced from his wife in November. Otter is the most humiliated about the DUI, for which he was fined, had his license revoked, and was sentenced to 72 hours of community service and 16 hours of alcohol therapy.