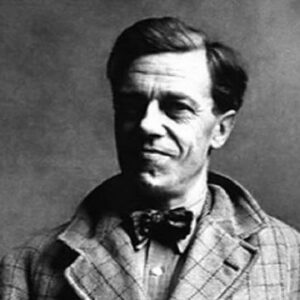 C. Day Lewis CBE, often known as Cecil Day-Lewis, was an Irish poet and novelist. From 1968 till his death in 1972, he was also the British poet laureate. He published countless poems, essays, and detective stories during his career and considered himself a revolutionary in the fields of poetry and politics. Under the pen name Nicholas Blake, he wrote a number of mystery stories. Despite the fact that his writings earned high appreciation from critics, his image and reputation became a major point of contention in the final years of his life. His first book of poems, “Beechen Vigil,” was published in 1925, and his most recent, “The Whispering Roots,” was published in 1970. Virgil’s classic writings were also translated by Lewis. He was the father of Daniel Day-Lewis, a well-known actor, and Tamasin Day-Lewis, a documentary filmmaker and television chef.

Lewis was born on April 27, 1904, to Reverend Frank Cecil Day-Lewis and Kathleen Squires in Ballintubber, Queen’s County (now County Laois), Ireland. Lewis was raised in London by his father and an aunt after his mother died in 1906. He used to spend his summer vacations in Wexford with his relatives. Lewis has always identified as a ‘Anglo-Irish’. He went to Sherborne School for his early education.

He was accepted to Wadham College, Oxford, in 1923 to study classics. He devoted himself fully to poetry during his time at Oxford. His debut collection, “Beechen Vigil,” was released in 1925. Lewis received his diploma in 1927. He chose British citizenship over Irish citizenship once the Republic of Ireland was established in 1948.
Career

Lewis served as a publishing editor for the Ministry of Information during the Second World War. George Orwell satirized this institution in his dystopian novel Nineteen Eighty-Four, although it was also based on Orwell’s BBC experience. When the war ended, Lewis was hired as a director and senior editor at the publisher “Chatto & Windus.”

Lewis became a lecturer at Cambridge University in 1946, and his lectures were published in 1947 as “The Poetic Image.” From 1951 until 1956, he was employed as a professor of poetry at Oxford, where he taught poetry. From 1962 to 1963, Lewis was the Norton Professor at Harvard University.

Lewis was head of the Arts Council Literature Panel, vice-president of the Royal Society of Literature, an Honorary Member of the American Academy of Arts and Letters, a Member of the Irish Academy of Letters, and a rhetoric professor at Gresham College in London throughout his lifetime.
Poetry

When Lewis was at Oxford, he joined the circle that had formed around W. H. Auden. He even assisted Auden in producing the Oxford Poetry 1927 anthology. Unlike before, Lewis was no longer influenced by Auden during WWII, and he focused on the development of a more traditional type of lyricism. According to some commentators, Lewis’s work “Word Over All,” released in 1943, gave him complete standing as a poet.

This was the one time he entirely separated himself from Auden. Lewis was also named as the “Poet Laureate” in 1968, succeeding John Masefield.

In 1935, Nicholas Blake Lewis decided to supplement his poetry income by writing “A Question of Proof,” a detective mystery. In the novel, Lewis created the character of Nigel Strangeways, a novice investigator and gentleman detective who, as the nephew of a Scotland Yard Assistant Commissioner, had the same approach to, and healthy relationships with, official crime investigation bodies as other fictional detectives such as Ellery Queen, Philo Vance, and Lord Peter Wimsey.

This was followed by the publishing of nineteen additional crime thrillers. Lewis was able to support himself wholly on the proceeds of his works by the mid-1930s. “Minute for Murder,” published in 1947, was inspired by Lewis’ experiences during World War II. Inspector Blount of Scotland Yard, the British Secret Service, had Nigel Strangeways, an Oxford graduate, six feet tall and blue-eyed, at his disposal at all times. Thou Shell of Death is a book about death.

Strangeways met and married Georgia Cavendish, an explorer, although he remained a widower after WWII. Nigel Strangeways’ character ages and changes through time, and he begins to see the world less idealistically. Strangeways was gone from his final four works, “A Tangled Web,” “Penknife In My Heart,” “The Deadly Joker,” and “The Private Wound.”

Communism on his life

Lewis developed communist ideals as a child. From 1935 through 1938, he was a member of the Communist Party. In addition, his early poetry was marked by didacticism and a preoccupation with societal themes. Lewis also edited “The Mind in Chains: Socialism and the Cultural Revolution” in 1937, in which he expressed strong support for a well-known front against a “Capitalism that has no further use for culture” in the introduction. By the late 1930s, he had become increasingly hostile to communism.

In 1928, Lewis married Mary King. She was a schoolmaster at three schools and the daughter of a Sherborne master. Lewis had a lengthy and troubled love affair with novelist Rosamond Lehmann in the 1940s. In 1951, Lewis married actress Jill Balcon for the second time. From his two marriages, he has four children: Oscar-winning actor “Daniel Day-Lewis,” food writer and journalist “Tamasin Day-Lewis,” and TV critic and writer “Sean Day-Lewis.” Sean also published “C. Day Lewis: An English Literary Life,” a biography of his father.

Lewis died of pancreatic cancer on May 22, 1972, in the Hertfordshire home of Kingsley Amis and Elizabeth Jane Howard. Lewis had made preparations to be buried as close as possible to Thomas Hardy’s grave in Stinsford churchyard, as he was a big admirer of the famous novelist. “Shall I be gone long? / Forever and a day / To whom there belong? / Ask the stone to say / Ask my song,” his inscription on the gravestone says.

Cecil is one of the wealthiest poets and one of the most well-known. Cecil Day-Lewis’ net worth is estimated to be $1.5 million, according to Wikipedia, Forbes, and Business Insider.