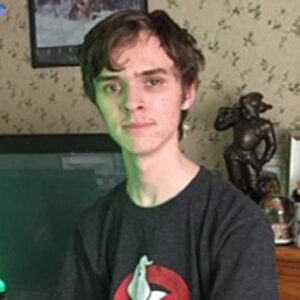 Caillou Pettis is a Canadian actor, film critic, filmmaker, and influencer on social media. He is best known for his YouTube channel ‘TwistedFalcon,’ on which he reviews both classic and contemporary films. He has been active on the site since January 2012 and discusses films from a unique perspective, which is first and foremost that of a fan. Pettis’ in-depth knowledge of cinema and filmmaking significantly enhances the value of his content, aided by his natural comedic instincts. In 2014, he co-created and hosted two popular web shows, ‘FalconCast’ and ‘Brewer Breakfast’, with his friend Nicholas Favel. He gained notoriety in 2015 after writing an open letter to singer Taylor Swift and receiving a response from her. He is currently developing an independent film, ‘Batman Unveiled,’ which is intended to be a sequel to the 1989 feature film ‘Batman,’ but serves as a prequel to 1992’s ‘Batman Returns.’

Caillou Pettis founded his first YouTube channel, ‘TwistedFalcon,’ at the age of 11, with the goal of reviewing both classic and contemporary films. The channel, which currently publishes two videos per week, has amassed 242k views and 4.5k subscribers. Pettis communicates frequently with several of the most prominent YouTube film critics, including Chris Stuckman and the Screen Rant team.

He co-created the comedy talk show ‘FalconCast’ with his long-time friend Nicholas Favel in March 2014. Since its inception, the show has aired 43 episodes across three seasons. Frequently joined by their friend Kadin Brimacombe as co-host, Pettis and Favel discuss and debate the world of film, frequently providing their audience with news from Hollywood.

He and his brother co-hosted ‘Majora’s Cast’ the following year, which focused on news about ‘The Legend of Zelda’ video games. In April, he launched his own situational comedy, ‘Fancy Boys,’ modeled after NBC’s ‘Seinfeld.’ He starred as Aaron, while Dawson Haase portrayed Barry.

In 2016, Pettis embarked on his most ambitious endeavor to date: the independent film ‘Batman Unveiled.’ The film, which is currently in production, is a sequel to Tim Burton’s ‘Batman.’ Pettis will write and direct the film, as well as star as Bruce Wayne/Batman, while Haase will play the Joker, Jade Robinson will play Harleen Quinzel / Harley Quinn, and Tanner Johnson will play Alfred Pennyworth. The film is scheduled for release in 2018.

Caillou has been a regular contributor to the film publication website ‘Daily Film Fix’ since July 2017. He has written reviews for the site for films including ‘Transformers: The Last Knight,’ ‘A Ghost Story,’ ‘Spider-Man: Homecoming,’ ‘War for the Planet of the Apes,’ ‘Dunkirk,’ and ‘Kingsman: The Golden Circle.

Pettis reached out to pop star Taylor Swift in January 2015 via an open letter on Tumblr in which he candidly discussed his experience with bullying. He stated that he had been a Swift fan since he was a child and admired her for her inspiring relationship with her fans. He continued by stating that he had been bullied and beaten at school, primarily because of his name and appearance.

Swift responded, much to his surprise, praising him for his courage. She reasoned that people criticized and bullied him because he was different from them and they were unsure how to deal with those differences. She advised him to embrace his differences, as they might one day prove to be his assets. She even advised him to contact the police the next time he was struck, stating that “while there is no direct penalty for verbal bullying (except karma), no one is allowed to hit anyone.”

Caillou Pettis was born in Calgary, Alberta, Canada, on June 28, 2000, to Darren Pettis and his wife. He has a younger brother, Jeremy. From the time he was nine years old, he was captivated by the entertainment industry. He attended Airdrie’s Muriel Clayton Middle School and graduated in 2014. Nicholas Favel, his future co-star and partner, also attended.

Pettis spends approximately 5 to 8 hours editing each episode of ‘FalconCast.’ Margot Robbie of ‘Suicide Squad’ is his favorite Hollywood actress.

Caillou is one of the wealthiest film actors and is ranked among the most popular film actors. Caillou Pettis’ net worth is estimated to be between $3-5 million, based on our analysis of Wikipedia, Forbes, and Business Insider.