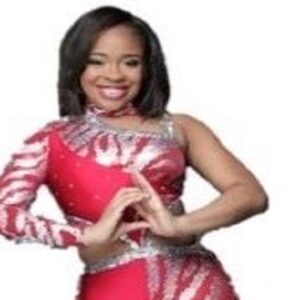 Camryn Harris is a well-known American dancer who rose to prominence as a participant on the reality show ‘Bring It!’ Harris, who was born in Jackson, Mississippi, began dancing at the age of six. She had already started dancing professionally at the age of ten, when she joined the Dollhouse Dance Factory. She is now the captain of the Dancing Dolls and a contestant on the reality show “Bring It!” Harris, who is now a renowned television personality, has gone a long way since her debut. She is well-known for her incredible dancing abilities and versatility. Her expressive eyes and supple body enable her to dance in a variety of styles with ease. Harris, who used to be a drill master for the Dancing Dolls, became the captain of her team in 2015. While Dancing Dolls has given her passion wings, Kayla Jones, Sunjai Williams, Makalah Whineston, and Crystianna Summers have become excellent friends thanks to the show ‘Bring It!’ It has also elevated her to the forefront, since aspiring young dancers regard her as an icon. Because of her celebrity, she has had the opportunity to perform with famous stars and celebrities in the industry.

Camryn Harris had no idea when she first developed a taste for dancing that it would soon turn into her passion and, eventually, a career option! She began dancing at the age of six and quickly decided that this was what she wanted to do for the rest of her life. Harris had enrolled herself in the Dollhouse Dance Factory, a Jackson-area dance company managed by Diana Williams, when she was ten years old. Harris was appointed to the role of Dancing Dolls Head Drill Master for Season One of the DDF, which took place in July 2013. Her skill at the art form quickly earned her a promotion to Co-Captain. Harris has performed many solos and has competed in all of the Dancing Dolls competitions. She’s taken part in all of the Stand Battles and Creative Dances thus far.

In 2015, Harris faced up against former teammate Tamia Whittaker for the role of Captain, which she finally won. If you ask her about her best dancing performance, she will tell you that her triumph in Battle Royale changed her life forever. It provided her a sense of accomplishment, pride, and recognition, as well as silenced everyone who had ever denied her ability to dance. She is now an honor roll student who has been accepted into the Dance Department at the Academic and Performing Arts Complex. She’s one of the contestants on Lifetime’s reality show “Bring It!” Her long-term ambitions include graduating from high school and enrolling in college. She aspires to one day own a studio and dance for celebrities such as Beyonce and Chris Brown.

Camryn Harris was born in Jackson, Mississippi on September 25, 2000 to Mimi and Calvin Harris. Tra is her brother’s name. Harris has always enjoyed dancing and has done so since he was a child. She adored the art form’s ability to provide her complete freedom of expression. As Harris became more and more interested in dance, it gradually became her passion. Harris was a member of the Dancing Dolls team by the age of ten. She has been a key member of the team since the beginning. She has made many friends over the years, but her closest friends are Crystianna Summers and Makalah Whineston. On the love front, Harris is said to be dating a man named Kinley. However, there isn’t much else known about the man or their relationship.

Camryn’s net worth is believed to be $600,000. There is no information about her earnings or assets.