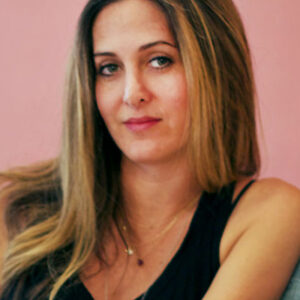 Candice Pool, the founder of ‘Finn Jewelry,’ is stunning, beautiful, and sophisticated. She is the company’s creative director and jewelry designer, and she has been successful in carving out a niche for herself. This internationally renowned jewelry designer worked as a bartender before starting her jewelry business. However, despite having no professional jewelry training, this stunning beauty was inspired to pursue her passion for jewels and all things linked to it. Her early years saw her selling Friendly Plastic and rhinestone earrings door to door in her neighborhood. Pool had no choice but to move on after the events of ‘Finn.’ Under her direction, the company has developed a large assortment of jewelry, including wedding, classic, and Western styles, as well as a variety of other categories. Among her company’s clients are supermodels, celebrities, and movie stars, to name a few. This CFDA/Vogue Fashion Fund Award nominee is a successful entrepreneur as well as a great homemaker, with an attractive family that includes her adoring husband, Casey Neistat, who is also a star, and their charming daughter, Francine.

Candice Pool had a thing for jewelry and all things related to it. She made a living as a bartender while continuing to pursue her passion for jewelry. She also went door to door in the neighborhood selling Friendly Plastic and rhinestone earrings at one point, while weaving her aspirations of one day making something great.

Finally, she established the company ‘Finn Jewelry’ in 2005, and by 2006, it had established itself as a line of precious jewelry that catered to all. Over time, the firm has excelled in introducing classic and precise designs of various jewelry lines, all of which are crafted with the finest accuracy and creativity, establishing a distinct position for itself.

Pool transformed a dark, vacant industrial loft on Great Jones Street in Noho, New York City, into a stunning and meticulously planned Finn showroom in 2009. The store now has a large selection of jewelry ranging from Classics, Bridal, Love, Western, Moons & Stars, Candice’s Favorires, and many other categories. Each collection includes a variety of jewelry categories, such as rings, earrings, necklaces, bracelets, and a men’s category. The Bridal series is one of the most well-known. Her favorite piece is the Rosary Bracelet, she says.

In an interview, she stated that she has been designing since she was eight years old, but that she began creating for Finn in 2011. Pool, along with Morgan Ditmore and Emily Mullaney, has grown the company to the point where it now boasts celebrity clients such as supermodel Karlie Kloss, pop singer Taylor Swift, and actress Naomi Watts, among others. In 2011, this talented jewelry designer was nominated for a CFDA/Vogue Fashion Fund Award. Her net worth is believed to be more than $1.5 million as of April 2017.

Candice Pool was born in Cape Town, South Africa, on October 19, 1977, and raised in Texas, United States. She later moved to New York City. Her love life and marriage are likewise like something out of a fairy tale. Casey Neistat, an American filmmaker, YouTube star, and vlogger who co-founded the social media company ‘Beme,’ was romantically linked to Pool. Pool is three years his junior. Despite turning down Neistat on a first date, the two married in 2005 after eloping.

However, after a month, the marriage was annulled. The couple later got engaged on February 18, 2013, then married on December 29, 2013, in an unusual, distinctive, and magnificent ceremony at the Grand Beach Café in Cape Town, South Africa. She has also appeared in a number of Neistat films. Francine Neistat, the couple’s daughter, was born on December 6, 2014.