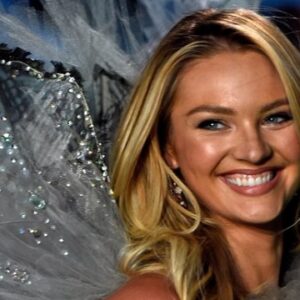 Never in her wildest dreams had she envisaged herself in the glamour world, as the fashion industry ruled in Europe and America, a long way away for this charming, gentle little South African farm girl. The world’s fashion capitals, on the other hand, had been waiting for someone with jaw-dropping good looks to represent their brands and products. Candice Swanepoel rose to become one of the industry’s most successful and sexiest models, as well as the most sought-after celebrity. Soon after she was discovered, her career soared to new heights with each new assignment and contract, propelling her into the ranks of the world’s highest-paid models. She has appeared on the covers of some of the most well-known fashion magazines and has appeared in advertising for a variety of fashion brands. She has been signed by a number of talent agencies in Spain, Germany, Italy, France, Denmark, Australia, England, and the United States for their clients. She’s also been linked to Victoria’s Secret, the world’s most prominent lingerie retailer, where she’s walked the runway and appeared in advertisements. This blue-eyed blonde model has been listed among the top in several beauty-related surveys done by various organizations due to her incredible form.

Candice Susan Swanepoel was born on October 20, 1988, into an Afrikaner family of Dutch settlers in the settlement of Mooi River, KwaZulu Natal Province, South Africa. She was attending all-girls boarding school St. Anne’s College when she was discovered by Kevin Ellise, a modeling scout, in a flea market in Durban, and her life was forever transformed. She was only 15 years old at the time. She walked the runway for top designers within a year and was busy booking new modeling assignments all throughout Europe, making over €5000 per day. She was also featured in the Italian Vogue magazine.

At the Ready to Wear – Spring/Summer 2006 fashion show, she debuted as a runway model for Tommy Hilfiger and Dolce & Gabbana. Her allure and stunning looks drew attention from all corners of the fashion world, with prominent designers and publications clamoring to sign her. She spent two years working for several modeling agencies in Milan, London, Paris, and South Africa before moving to New York to pursue modeling full-time.
In 2007, she was signed by Victoria’s Secret and walked the runway for the lingerie brand. She has been in their commercials and modeled for swimwear ads on several occasions since then.

In 2010, she was named a Victoria’s Secret Angel for one of the company’s lingerie lines, Angel. She was one of the models included in the 2010 ‘SWIM’ catalog, alongside Rosie Huntington-Whiteley, Erin Heatherton, Lindsay Ellington, and Behati Prinsloo, among others. In August 2010, she opened Victoria’s Secret’s first retail store in Edmonton, Canada, in West Edmonton Mall. Italian Vogue, Argentine Harper’s Bazaar, Chinese GQ, and South African ELLE have all featured her on the cover of reputable international glamour magazines.

She has modeled for magazines in Spain, Portugal, Brazil, Germany, Mexico, the United Kingdom, Australia, Romania, and Turkey. She has appeared in ads for Ralph Lauren, Juicy Couture, Guess, Diesel, Swarovski, Nike, Miu Miu, and True Religion, among others. Jean Paul Gaultier, Versace, Betsey Johnson, Donna Karan, Chanel, Fendi, Diane von Furstenberg, and Christian Dior are among her designer clients for whom she has done fashion shows.

When she was hired by Victoria’s Secret in 2007 and became connected with their modeling assignments and lingerie ads, this tall bombshell with drop-dead looks acquired worldwide notoriety.
In 2013, she walked the runway for Victoria’s Secret, wearing the world’s most expensive ‘dream bra,’ the $10 million ‘Royal Fantasy Bra,’ which was designed by Mouawad and adorned with 4200 precious jewels, including a 52-carat pear ruby.

Candice Swanepoel has a net worth of $30 million and is a South African fashion model. Victoria’s Secret model Candice Swanepoel is well-known for her work with the company. She’s also appeared in editorials in numerous international editions of Vogue, GQ, Elle, and Harper’s Bazaar. Swanepoel is one of the world’s highest-paid models.

Despite her height and leanness, she never thought of herself as attractive and never desired to be a supermodel, preferring instead to pursue a career as a ballerina. She is noted for her fluency in numerous languages, including English, Afrikaans, and Portuguese, which she learned through her longtime beau, Hermann Nicoli. Rosie Huntington-Whiteley and Behati Prinsloo, her Victoria’s Secret co-fashion models, are close friends of hers.