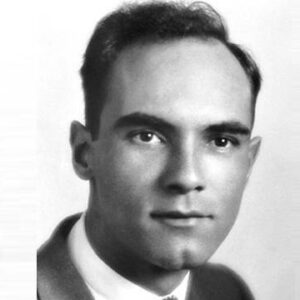 Carl David Anderson was a well-known American scientist well known for discovering the positron in 1932. Anderson, who was born to Swedish immigrants, has always had a fascination in science. He continued his schooling at the California Institute of Technology after finishing his secondary education. His connection to the university was lifelong, as he got his academic degrees there and afterwards maintained his research work there. He began his cosmic ray experiments, which eventually led to the discovery of positron, during his academic and research career at Caltech. The finding was significant for physics because the positron was the first antimatter to be identified. He went on to conduct more study, which resulted to the discovery of the muon, a subatomic particle. In 1936, he was awarded the Nobel Prize in Physics for discovering the positron. He was also the recipient of a number of other scientific honors.

Academically gifted, he completed his high school studies at Los Angeles Polytechnic High School before enrolling at the California Institute of Technology. He earned a bachelor’s degree in physics and engineering in 1927. He received his Ph.D. degree three years later. His thesis was on the spatial distribution of photoelectrons ejected by X-rays from diverse gases.

He began working as a research fellow at the California Institute of Technology after completing his doctoral studies, a position he held for three years, from 1930 to 1933.

Meanwhile, he began studying cosmic rays in 1930 with Professor Robert Millikan. Using pictures, he observed unexpected particle trails in his cloud chamber throughout his research. He correctly deduced that they were produced by a particle with the same mass as the electron but an electrical charge opposite to it.

He provided the first direct demonstration that gamma rays from THC” create positrons in their passage through material substances the following year, working with Dr. Neddermeyer. He irradiated other materials with gamma rays, which produced positron-electron pairs.

In cosmic rays, he and Neddermeyer discovered the muon in 1936, a subatomic particle 207 times more massive than the electron but with the same negative electric charge and spin 1/2. One of the earliest subatomic particles found was the muon.

During WWII, he worked for the United States Navy on an artillery rocket project. He also went to France to see how the rockets performed in a real-life war situation.
He continued to work on radiation and fundamental particles till the end of his life. The majority of his findings were published in ‘Physical Review’ and ‘Science.’

His discovery of the positron earned him the Nobel Prize in 1936. Victor Franz Hess, who had also discovered a significant finding in cosmic radiation, shared the same sentiment.

He received the prestigious Presidential Certificate of Merit in 1945. In 1950, he was named a Fellow of the American Academy of Arts and Sciences.
He was awarded Professor Emeritus at Caltech in 1976.

In 1946, he tied the knot with Lorraine Bergman. Marshall and David, the couple’s two boys, were born to them. Lorraine died in the year 1984.

On January 11, 1991, he passed away. His ashes were later interred in the Forest Lawn Cemetery in Hollywood Hills, California. Two children and two grandchildren survived him.