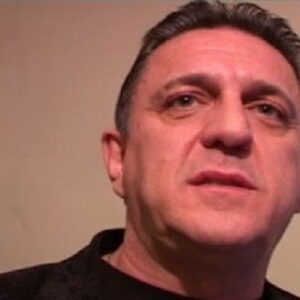 Former felon and English author Carlton Leach. After his close buddy Tony Tucker was fatally shot in a Range Rover in Rettendon, the former football hooligan decided to leave a life of crime and drugs. Carlton now wants to utilize his past involvement in criminal activity to steer others away from a life of crime. Leach’s early enthusiasm for the football team West Ham United served as the catalyst for his descent into violence. He got associated with a group of football hooligans, giving him exposure to the underworld. He fought passionately for his beloved team because he backed it with blind allegiance. He wrote a memoir on his criminal life after quitting the criminal underworld, and it was later turned into the movie “Rise of the Footsoldier.”

Due to his scary image, Carlton Leach was hired as a bouncer in East London clubs in the late 1980s. It was then that he met Tony Tucker, a prominent ecstasy distributor at nightclubs and dance clubs. Because of his connection with Tony, he became involved in illicit activities as well. He and the other bouncers guarded the clubs and acted as bodyguards for individuals dealing with illegal substances. He started performing major deals at large raves by going with the flow. Carlton recalls that his pay increased from £50 to £300 per night.

He and Tony grew good friends, which further drew them both into the drug trade. When Tony Tucker and his fellow drug dealers Pat Tate and Craig Rolfe were fatally murdered in a Range Rover on a Rettendon farm track in December 1995, their friendship quickly came to an end. The “Rettendon triple murders” became the name of the case.

The killings caused Carlton to alter. The intimidating and tough man began to feel afraid as he began to believe that he would be the next victim of murder. He was reminded by it that he had parents and a family, and it served as a wake-up call for him. He persisted in his paranoia even five years after the murders. He avoided social situations and didn’t have any faith in anyone.

Carlton Leach made the decision to give up drug use, football violence, and his bouncer job after ten years of being a devoted hooligan. He relocated to Southend from Canning Town, where he was born and raised.
He published a memoir on his criminal career called “Muscle” in 2003. Based on the book, the movie “Rise of the Footsoldier” was released in 2007, with Ricci Harnett as Carlton. In 2015, Carlton and Ricci Harnett collaborated to produce “Reign of the General,” a movie about his life. However, after they lost a copyright lawsuit, the producers of “Rise of the Footsoldier” took control of the project and released the movie. In 2017, Part 3 of the movie was produced by the same individuals. On Twitter, Carlton Leach declared that this movie was made up and had nothing to do with him.

The now-fathering ex-con claims that children watch movies and become overexcited. They aspire to be gangsters just like the ones in the movies. Being involved in drugs and violence causes a lot of pain, and there is a cost. In an interview, he stated, “I hope that my life narrative will have a positive influence on young people.

On March 12, 1959, in Canning Town, East London, Carlton Leach was born. Since he was young, he has had a deep enthusiasm for football. He was a part of the renowned Inter City Firm, which was connected to West Ham United. He is a father and is currently wed to Anne Leach.

Carlton is one of the wealthiest and most well-known criminals. Our study of Carlton Leach’s net worth from sources including Wikipedia, Forbes, and Business Insider indicates that it is about $1.5 million.