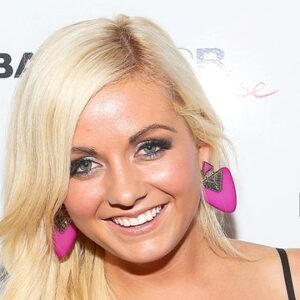 Carly Waddell is an actress, singer, songwriter, and reality TV participant. She began her singing career as a cruise ship singer and has progressed through her participation in different reality TV dating competitions. In 2015, she competed for the affection of Chris Soules on the 19th season of ‘The Bachelor.’ After being eliminated from the first season, she entered the second season of ‘Bachelor in Paradise’ in a bid to capture Kirk DeWindt’s heart. In 2016, she appeared on the third season of ‘Bachelor in Paradise,’ where she met Evan Bass and began a long-term relationship with him. She relocated to Nashville, Tennessee, to pursue a career as an actor in comedy programs. She was a trained actress who appeared in a number of musical dramas. She and her then-boyfriend Erik DiNardo co-wrote the song “So I Do,” which she sang at her best friend Jade Roper’s wedding to Tanner Tolbert.

Carly Waddell, a singer, and composer used to post cover songs on her YouTube site before she got her big break on TV. Before entering the dating competition, she worked as a cruise ship singer. She debuted on ‘The Bachelor,’ where she displayed her singing abilities during her introduction, and she joined the show during its 19th season when Chris Soules was the bachelor.

Her Pinterest board with the heading ‘one day’, dedicated to her wedding, attracted a lot of attention. Her many photos of country boys like Chris, as well as the fact that she emphasized family like the Iowa farmer, put her in the spotlight during the presentation.

She made it to fifth place before being kicked off the competition in the seventh week. She would later appear in two seasons of the spin-off show ‘Bachelor in Paradise,’ as one of the most popular participants.

Carly Waddell is a blogger who uses her official blog and website to discuss her ideas, experiences, and goals. She shared songs she wrote in many of her posts, commenting on various life situations. C

arly, a great singer, sang onscreen during her debut on ‘The Bachelor,’ and later wrote a song about her first one-on-one date with Chris Soules, which she posted on her blog.

She has since shared many songs with her readers, including “It Was Different Than,” “Girl in Your Dreams,” and “So I Do.” Jade Roper, who was also a participant on the 19th season of ‘The Bachelor,’ became a friend of hers.

Jade wrote and sang a song during her wedding after winning the second season of ‘Bachelor in Paradise,’ which was featured on TV during a special episode called ‘The Bachelor at 20: A Celebration of Love.’ She and her buddy Jade designed T-shirts with friendship quotes, which she shared on her blog once again.

She created many religious art pieces with her mother, some of which they collected in the form of a children’s book in 2015. She maintains constant contact with the audience, even sharing her heartbreak with them. In this way, she has cemented a place in the hearts of her admirers.

During The Bachelor, Carly Waddell was teased for her sparse brows. Her hyperthyroidism, which she was diagnosed with within 2014, was a side effect, she subsequently revealed. Since August 2015, she has been dating Erik DiNardo, a Nashville-based singer/songwriter.

They dated for around six months before splitting up on February 15, 2016, right after Valentine’s Day. She described the occurrence as “unexpected” for both of them and stated that they both decided to end their relationship because their separate job ambitions prevented them from being together.

In season two of ‘Bachelor in Paradise,’ she dated Kirk DeWindt but was unable to win his heart. She dated Evan Bass on the following season of the show. Despite Evan’s affection for her, she first ignored him, but by the conclusion of the season, they were engaged. They intend to tie the knot in 2017.

Carly Waddell was born in Arlington, Texas, on October 11, 1985. Jeff and Maryann Waddell are her parents. Zak and Denton are her two brothers. Zak Waddell was a participant in the ninth season of ‘The Bachelorette,’ in which he competed for Desiree Hartsock’s affection.

She studied musical theatre at New York University’s Tisch School of the Arts. In 2007, she graduated from the University of Oklahoma with a Bachelor of Fine Arts in Musical Theatre Performance.

Evan Bass and his three sons, Ensley, Liam, and Nathan, reside with her in Nashville, Tennessee. Carly has taken on the role of “soccer mom” because she spends so much time with them.

Carly is one of the wealthiest reality stars and one of the most popular. Carly Waddell’s net worth is estimated to be $1.5 million, according to Wikipedia, Forbes, and Business Insider.