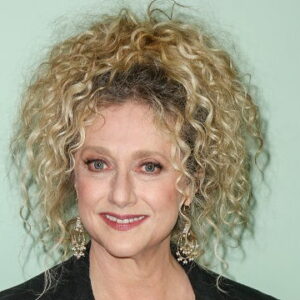 Carol Kane is an American actress best known for her role as a Jewish immigrant in the film ‘Hester Street.’
She has portrayed a wide variety of cinema and theater roles since making her acting debut at the age of 14 in the play “The Prime of Miss Jean Brodie.”
Her best years as an actress were in the 1970s and 1980s, when her work in films like ‘Taxi’ and ‘Hester Street’ was acknowledged by the public.
She learnt Yiddish in order to portray Gitl in “Hester Street,” and she is also proficient in French.
She never married, although in the mid-1980s, she had a relationship with actor Woody Harrelson.

Carol Kane made her acting debut in 1966 with the play “The Prime of Miss Jean.” In1972, she made her Broadway debut in the play ‘Ring Around The Bath Tub.’ Carol’s first memorable role was in ‘Hester Street,’ in which she played a naive, determined newlywed Jewish immigrant in New York who strives to fit in with her husband’s habits. In order to act in ‘Hester Street,’ her character studies Yiddish. Carol auditioned for the part six times before getting cast in it. Her second significant appearance was on ‘Taxi’ (1980-1983), in which she gave a strong performance, and her hard work paid off when she was nominated for a ‘Emmy Award’ for her outstanding acting. She was a regular on TV episodes such as “All is Forgiven”(1986) and “American Dreamer” (1990-1991). Carol was known for playing strange characters in films such as “The Princess Bride” (1987), “Scrooged” (1988), and “Addams Family Values” (1993). She continued to work as a character actress in films and television programs such as ‘Even Cow Girls Get the Blues’ (1993), ‘Trees Lounge’ (1996), ‘Office Killer’ (1997), and ‘Man on the Moon’ (1999).
Carol is most known for her portrayal of Madame Morrible in the musical ‘Wicked'(2005-2014), which she performed several times. Carol was recently seen in the programs ‘Gotham’ (2014-2016) and ‘Unbreakable Kimmy Schmidt’ (2015-2019). She appeared in a significant number of films and television series during her career, and her acting abilities were acclaimed by everybody.

Carol Kane was born in Cleveland, Ohio, in the United States on June 18, 1952. Michael Kane, an architect who worked for the World Bank, and Joy Kane, a jazz singer, instructor, dancer, and pianist, are her parents. Carol’s grandparents were Russian immigrants and her family is Jewish. She grew up in Darien, Connecticut, where she attended the boarding school ‘Cherry Lawn School’ until 1965. She lived in Paris for a year in her early years and became fluent in the language. When she was 12 years old, her parents split. Carol and Anina, Carol’s older sister, remained with their mother. Carol attended the ‘Professional Children’s School’ in New York City after the family relocated there. She has never been married, although in the mid-1980s, she had a relationship with actor Woody Harrelson. They began their relationship as friends, progressed to romance, and then reverted to friendship. The cause for their breakup is unknown, but they have remained friends to this day.