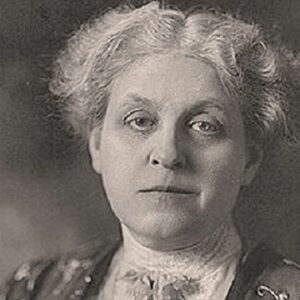 Carrie Chapman Catt was an American women’s rights activist who fought for the United States Constitution’s Nineteenth Amendment. She devised the strategy for the woman’s suffrage movement’s final victory and formed the League of Women Voters. Carrie was born in Wisconsin and raised in Iowa, where she worked as a teacher to help pay for her education at Iowa State College. She then worked as a school superintendent for a few years and in journalism before becoming active in social activism. She became a pioneer in the campaign for women’s voting rights after her first husband died. She joined the National American Woman Suffrage Association (NAWSA) and subsequently became its president. She then became the leader of the New York woman’s suffrage campaign and was re-elected as NAWSA’s president in 1915. She reformed NAWSA and devised a 6-year plan as president, achieving a constitutional change that gave women the right to vote. Carrie created the League of Women Voters in order to promote reforms for which women had asked for the voting box, and she later served on the Committee on the Cause and Cure of War in the 1920s. Carrie campaigned for women’s liberation and social welfare throughout her life as an outstanding speaker, clever organizer, diplomat, and politician.

Lucius Clinton Lane and his wife, Maria Louisa Lane, gave birth to Carrie Clinton Lane on January 9, 1859, in Ripon, Wisconsin, United States. The family moved to Iowa when she was seven years old, where she received her elementary education and graduated from high school.

She then went on to Iowa State Agricultural College in Ames, Iowa, where she worked as a teacher in rural schools to help pay for her education. She was a member of the Crescent Literary Society and Pi Beta Phi in college.

Catt received her Bachelor of Science degree in 1880 and went on to work as a teacher. She went on to become a high school principal and, in 1885, superintendent of schools in Mason City, Iowa, one of the first women to hold such a post.

Carrie began working on the Mason City Republican newspaper alongside her husband in 1885, following her first marriage. She worked for a newspaper in San Francisco for a period after her husband died the following year.

She returned to Iowa in 1887 and became active in social activity, becoming a member of the Iowa Woman Suffrage Association. She spent the next three years working to shape the organization while simultaneously lecturing on women’s suffrage, first in Iowa and later nationally.

She became president of the ‘National American Woman Suffrage Association’ in 1900. (NAWSA). During her tenure, she increased the number of members of the association and raised significant funds.

Carrie was obliged to retire from her employment in 1904 owing to the illness of her second husband, but after his death in 1905, she returned to social work and got active with the ‘International Woman Suffrage Alliance.’

Carrie reorganized the NAWSA along political-district lines and taught women to engage in direct political action from 1905 until 1915. In 1915, she was elected president for the second time, and she designed a secret “winning strategy” for women’s emancipation.

Following that, the group embraced her strategy and focused on the topic of women’s suffrage, which resulted in the passing of a federal amendment granting women the right to vote in 1920.

Following its passage, Carrie assisted in the formation of the ‘League of Women Voters,’ which works to advocate progressive legislation across the country. She then enlisted the help of 11 national women’s organizations to form the ‘Committee on the Cause and Cure of War,’ which advocated for US membership in a global peace organization.

She was a strong supporter of the ‘League of Nations and assisted in the formation of the ‘Woman’s Peace Party.’ She was a member of the Council of National Defense’s “Woman’s Committee” and a fervent supporter of world disarmament.

She became the president of the National American Woman Suffrage Association in 1915 and implemented a “Winning Plan” that led to the passage of the Nineteenth Amendment to the United States Constitution in 1920, giving women the right to vote.

Carrie served as president of the ‘National American Woman Suffrage Association,’ and founded the ‘League of Women Voters,’ and the ‘International Alliance of Women,’ in addition to being a crucial figure in the constitutional amendment’s passage.

Carrie received the ‘Pictorial Review Award’ for her international disarmament efforts in 1930.
She was the first woman to be inducted into the Iowa Women’s Hall of Fame in 1975.

Carrie was inducted into the National Women’s Hall of Fame in 1982.
The Iowa Centennial Memorial Foundation named her one of the ten most influential women of the century in 1992.

Carrie married Leo Chapman, a newspaper editor, in 1884 and later became his co-editor. Leo’s unexpected death in 1886 brought the marriage to an end.

Carrie married George W. Catt, a rich engineer, in 1890, four years after her first husband died. She gave up social activism in 1904 to care for her ailing husband, but George died the following year. Carrie spent 20 years after his death with Mary Garrett Hay, a suffragist leader from New York.

Carrie Chapman Catt died in New Rochelle, New York, on March 9, 1947, at the age of 88. She was buried in Woodlawn Cemetery in the Bronx, New York, alongside Hay.

Carrie is one of the wealthiest civil rights leaders and one of the most well-known. Carrie Chapman Catt’s net worth is estimated to be $1.5 million, according to Wikipedia, Forbes, and Business Insider.