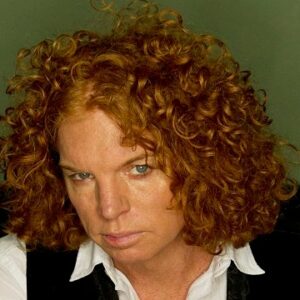 While inducing humor with jokes and tell-tales is common in the world of comedy, doing so with props is unconventional. Carrot Top has not only excelled at his craft, but has also been the genre’s unmatched stand-up comedian. All of his acts feature his trademark style of perfecting the use of flamboyant props to the point where the audience falls into splits of laughter in a matter of seconds. Top developed his skills as a stand-up comedian at a young age. That was his first ac on stage during his freshman year. Though his act was not well received by his classmates, he did not give up hope and instead prepared himself well for his second outing. He quit his regular job shortly thereafter to pursue a career in comedy. He has appeared on a variety of talk shows and comedy series over the years, including ‘Larry the Cable Guy’s Christmas Spectacular, ‘Criss Angel Mindfreak,’ ‘Scrubs,’ ‘Politically Incorrect,’ and ‘Reno 911!’ Additionally, he has appeared in films such as ‘Chairman of the Board’, ‘Weakest Link’, ‘The Aristocrats’, ‘Family Guy’, and ‘The Hangover’. Continue reading to learn more fascinating and intriguing facts about his life and profile.

Known as Carrot Top, he was born Scott Thompson to Larry Thompson in Cocoa Beach, Florida. His father was a former NASA rocket scientist who worked on major missions such as Gemini and Apollo.

Young Thompson completed his elementary education at Cocoa High School and then enrolled at Florida Atlantic University in Boca Raton.

He first felt what it was like to be on stage during his freshman year of college. Though he made a poor debut with Josh Abelson, with stale jokes that elicited no laughter, he was unsurprised by the stand-up act’s failure.

He returned to the stage the following semester with self-written material about college life. Interestingly, his written work tickled the funny bone of every audience member, resulting in a massive success for his stand-up act.

He earned a marketing degree from Florida Atlantic University and immediately found work as a bank courier. He did not, however, abandon his comedic abilities and continued to perform on local stages. He quit his nine-to-five job in 1990 to pursue his comedy career.

To differentiate himself from contemporaries and other stand-up comedians, he began incorporating props into his act. He even used his red curly hair as a prop to elicit laughter. Among his other props are training wheels on his heels, airline peanut bags decorated with photographs of missing luggage, and paper cups and string telephones.

He earned a guest appearance on ‘The Tonight Show with Jay Leno’ in 1992 as a result of his growing popularity and reputation. The show not only introduced him to a wider audience, but also helped him build a fan base for his comedic abilities. He quickly filled the void left by the legendary comedian Sam Kinison’s death in 1992.

He has appeared in a number of television shows over the years, including ‘Larry the Cable Guy’s Christmas Spectacular’, ‘Gene Simmons Family Jewels’, ‘Space Ghost Coast to Coast’, ‘Criss Angel Mindfreak’, ‘Scrubs’, ‘George Lopez’, and ‘Tugger: The Jeep 4×4 Who Desired to Fly’.

He was the continuity announcer for Cartoon Network from 1995 to 1999. Additionally, from 1994 to 1996, he produced and starred in an early morning show called Carrot Top’s AM Mayhem.

He made his feature film debut in 1996 with the film ‘Hourglass.’ He also appeared in another film that year, titled ‘Pure Danger’. However, he made a breakthrough with ‘Chairman of The Board,’ in which he portrayed a surfer who is the CEO of a major corporation.

He made his film debut the following year in ‘Dennis the Menace Strikes Back’. While his popularity was growing, he was not yet a household name. His appearance in a series of television commercials for AT&T’s ‘1-800-Call-ATT’ service, however, altered everything.

He became a permanent fixture on various comedy talk shows in 2000 due to overwhelming demand and affection from television viewers. He appeared in ‘Politically Incorrect’ and was a cast member of the ‘Hollywood Squares’ remake. He even narrated ‘The Rules of Attraction’.

He appeared in the satirical comedy ‘Reno 911!’ in 2006. He played an angry version of himself in it, who wrecks his hotel room, steals the police car, and later resists arrest. He appeared as a guest judge on ‘Last Comic Standing’ two years later. His most recent appearance was on an episode of ‘Tosh.0,’ in which Daniel Tosh gave him a full-body massage.

During his peak popularity, he performed over 200 sold-out concerts.

Carrot Top is a comedian and actor from the United States with a net worth of $70 million. He is well-known for his humorous use of props, as well as his self-deprecating humor and bright red hair. He is one of the most successful and well-paid comedians in Las Vegas. Since 2005, he has headlined at Las Vegas’s Luxor Hotel. He signed a contract extension in October 2019 that will keep him at the Luxor through 2025. At that point, he will hold the MGM resort’s record for the longest-running comedy show.

This red-haired comedian best known for his ‘1-800-CALL-ATT’ advertisement has developed a signature style of performing comedy acts with flamboyant props.