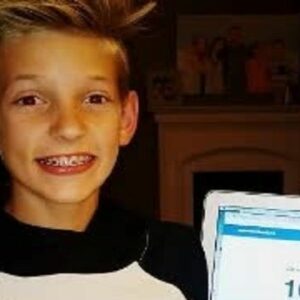 American YouTuber Carson Johns is well-recognized for the vlogs that he shares on the website. He first rose to fame after starting a relationship with his then-girlfriend, the well-known YouTuber Kesley LeRoy. He eventually rose to fame as a solo YouTube celebrity. His incredibly entertaining and captivating videos are one of the main factors in his success. He has been successful in winning the hearts of tens of thousands of viewers worldwide because of his love of recording and making vlogs. Johns is a very attractive and endearing man, personally. His audience will swoon over his calm demeanor and dynamic charm. The YouTuber is a family man in every aspect because he enjoys demonstrating to viewers how fully he is enjoying his life. He enjoys spending his free time with his loved ones and friends. In the near future, Johns is certain to get more admirers and followers because of his badass attitude and endearing videos.

Carson Johns launched his own channel on December 27, 2016. Under the name “TOILET PAPER FORT! (Get Caught!),” he published his debut video on YouTube. His next videos included “Hitting The Slopes” and “Q And A! My Sister Does My Makeup! Ft. My Sister, “Get to Know Us,” and “The Views -Summer Camp 2K 17” are three examples. These videos all received lots of views.

He published films like “Craziest Camp Ever- Summer Camp 2K 17,” “I Surprised Her With Flowers,” “Room Tour- Visiting The Dentist,” “Carnival With Friends,” and “TEST DRIVING MY DREAM CAR” after being prompted to do so by his viewers. As the process of uploading movies continued, Johns quickly rose to prominence.

The YouTuber’s most well-liked videos, each with over a million views, including “SNEAKING INTO MY GIRLFRIENDS BEDROOM,” “FIRST KISS – captured on camera,” and “GAME DAY ROUTINE – INJURY EMT CALLED.”

The videos Carson makes appear to be growing even more fascinating over time! His most recent videos, which have amassed thousands of views and shares, include “MAX – Lights Down Low (Cover By Carson & Willie),” “TRY NOT TO PUKE,” and “TEENAGERS ALONE IN CALIFORNIA.”

On April 1st, 2003, Carson Johns was born in the US. Kenna is his sister, while Coren is his brother. There is no known information about his parents, education, or family history. He is an active young man who likes to play baseball, cycling, and football. He enjoys eating and drinking, especially milkshakes.

In terms of the YouTuber’s romantic and dating history, he had a brief romance with Kesley LeRoy. The duo frequently worked together to create videos. He is apparently single right now. He might not have time for girls right now, but he always makes sure to routinely spend time with his pet dog.

One of the wealthiest and most well-known YouTube stars is Carson. Our research revealed that Carson Johns has a net worth of $5 million from sources including Wikipedia, Forbes, and Business Insider.