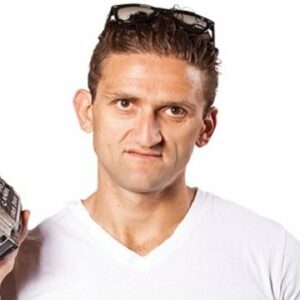 A well-known YouTuber and vlogger is Casey Neistat. One of the most well-known figures on the social networking site, Casey Neistat’s YouTube channel has had more than one billion views to date. On the HBO series “The Neistat Brothers,” which also stars his brother Van, Neistat serves as a writer, actor, and cinematographer. In addition to this, he has produced numerous commercials and short films. He has contributed to advertisements for well-known companies including Nike, Google, Mercedes-Benz, and J. Crew, to mention a few. This is not all! The multi-media app “Beme” was co-founded by this ambitious man. Casey Neistat is extremely successful in all of his commercial endeavors, and he has won numerous important honors for himself. Additionally, he is well-known for having a sizable fan following on social media platforms including Twitter, Instagram, and Facebook. Additionally, we must point you that he has more than 7 million YouTube subscribers!

The Meteoric Rise of a YouTuber to Stardom

Casey Neistat started his own YouTube channel in February 2010. His very first post was about the train cars’ emergency brake wires. The 6-minute short video he later uploaded was about the website Chatroulette. Following this, he made a video in which he criticized the New York City Police Department for issuing tickets to cyclists in the city.

Daily vlog posting by Neistat started in March 2015. In May 2015, he published a video blog with the headline “The Vice President, Outer Space, & the Baby.” In January of the following year, 2016, Neistat and his friends recorded a video on the deserted streets of New York City.

In the clip captioned “Snowboarding with the NYPD,” Neistat can be seen being dragged along the sidewalk by a rope. Neistat received a lot of media attention as a result of this 2-minute, 41-second video going viral. Later, in September 2016, the YouTuber posted a vlog on his first-class Emirates flight experience.

The public once more paid close attention to this video. As his vlog voyage progressed, his subscriber count quickly soared to a few million. By April 2017, his fan base had surpassed 7 million, making him incredibly well-liked on the social networking site.

Success as a filmmaker

In 2001, Casey Neistat and his brother Van Neistat began producing short films alongside Tom Sachs. Neistat achieved recognition on a global scale in 2003 for his three-minute documentary, “iPod’s Dirty Secret,” in which he blasted Apple for lacking an adequate battery replacement scheme for their product.

This film, which was published online on September 20, 2003, attracted media attention and, as a result, made Apple’s replacement policy for iPod batteries well known. The year after, Neistat created a series of short films called “Science Experiments” that included a variety of experiments.

The 59th Minute episode of Creative Time featured this piece when it gained popularity. Later, Casey Neistat produced an eight-episode TV series called “The Neistat Brothers” with his brother Van, friends Tom Scott and Mason Daugherty, which HBO acquired in 2008. Along with his work in movies and television, Casey Neistat became well-known for creating a number of expensive ads for brands like Google, Samsung, Nike, Mercedes-Benz, Finn Jewelry, etc.

Popularity as a Businessperson

Beme, a video-sharing software that Casey Neistat and his friend Matt Hackett created, released its initial iOS version on July 17, 2015. This program was created to immediately publish and distribute videos without the requirement for inspection, allowing users to create unedited 4-second videos.

The Android version of the app was released by Neistat on May 2, 2016. It was revealed in November 2016 that CNN will purchase the app for $25 million. The app was discontinued on January 31, 2017.

Additionally a motivational public speaker, Casey Neistat. He has given lectures on a variety of subjects relating to his professional and personal experiences. On October 15, 2010, he presented at a conference held in South Carolina. He gave a speech at the New York City Museum of Modern Art the following year.

The Independent Spirit Awards “John Cassavetes Award,” given in 2010, was won by Casey Neistat. He took home the ‘Streamy Awards in the ‘Best First-Person Series’ and ‘Best Editing’ categories in 2016. He also received the “YouTuber of the Year” honor during the Shorty Awards ceremony in the same year. At the GQ Men of the Year award ceremony, he was also presented with the “New Media Star award.”

Barry Neistat and Amy Neistat welcomed their son Casey Neistat into the world on March 25, 1981, in Gales Ferry, Connecticut. His then-girlfriend Robin Harris gave birth to their son Owen when he was 17 years old. Neistat wed Candice Pool in 2005. But a month later, the marriage was declared null and void. The pair got engaged again in February 2013 and married in South Africa on December 29. Together, they have a daughter.

Casey Neistat informed his followers in 2016 that he will stop posting vlogs on YouTube. He posted a video titled “THE VLOG IS BACK” on his channel just four months later.

On Instagram and Twitter, he has 2.4 million and 1.19 million followers, respectively. Black sunglasses with white spray paint on them are Neistat’s go-to fashion accessory. During World War II, his grandmother performed as a tap dancer and a Rockette at Radio City Music Hall.