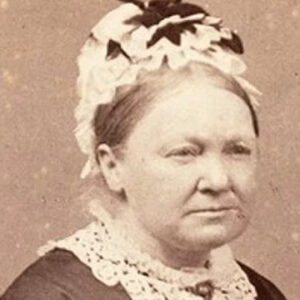 Catherine Helen Spence was a prolific Australian novelist who used her writings and lectures to paint a vivid picture of South Australia. She established a reputation as a literary critic and social reporter, and her writings appeared in a variety of South Australian newspapers and journals, including the ‘Cornhill Magazine,’ ‘Fortnightly Review,’ and ‘Melbourne Review.’ She was also a well-known suffragist and Georgist, as well as Australia’s first female political candidate. She was 67 years old when she began her campaign, but her zeal was youthful. She unsuccessfully represented the Federal Convention in Adelaide. Catherine Helen Spence made a significant contribution to the success of the women’s suffrage campaign by overcoming patriarchal constraints on legitimate activity. Spence devoted her life to educating girls and improving the lives of the impoverished. She was dubbed the “Greatest Australian Woman” by Miles Franklin. The image of this “Grand Old Woman of Australia” was placed on the Federation Australian five-dollar note on her eightieth birthday. Adelaide’s daily newspaper, ‘The Advertiser,’ placed her name in its list of the ten greatest South Australians of the twentieth century, demonstrating her enduring influence. ‘A clear-brained sensible woman of the world,’ Spence described herself.

Spence was born in Melrose, Scotland, on October 31, 1825, to David S., an attorney and the City of Adelaide’s first Town Clerk, and Helen (Brodie) Spence.
She was the fifth of eight children in a household of eight. John Brodie Spence, her brother, became a well-known banker.

Her family moved to South Australia, a British colony at the time, in 1839 due to financial troubles. Spence was initially taken aback by the stark difference from her home country.
Her family was forced to live in an “encampment” for seven months before moving to Adelaide.

She began working as a governess in Adelaide when she was 17 years old.
She simultaneously pursued her dream of becoming a writer. She worked for the South Australian branch of ‘The Argus’ newspaper for numerous years under her brother’s name.

‘Clara Morison: A Tale of South Australia During the Gold Fever,’ published anonymously in two volumes by J W Parker & Son in 1854, was her debut publication.
‘Tender and True,’ her second work, was published in two volumes in 1856. The book was well-received, and a third edition was published.

In 1865, she published her third novel, ‘Uphill Work,’ in Australia and ‘Mr. Hogarth’s Will,’ in England. This was the first book she wrote under her own name.

She wrote ‘Gathered In,’ a series that appeared in the ‘Observer’ in 1881-82, and in 1880 she released ‘Hand Fasted,’ a novel that was rejected by the ‘Sydney Mail.’
Her final significant work of literature, ‘A Week in the Future,’ a utopian story, was published in 1888.

Spence helped Caroline Emily Clark start the Boarding-Out Society in 1872, which helped orphaned, destitute, and reformed aberrant children. Spence was a Society officer from 1872 to 1886.

She was appointed to the East Torrens School Board in 1877 and became a member of the State Children’s Council in 1886.
She wrote the first social studies textbook in Australian schools, ‘The Laws We Live Under,’ in 1880.

Thomas Hare’s proportional representation system affected Spence immensely. As a result, in 1892, she proposed the adapted Hare-Spence technique to achieve fully proportionate political party demonstration. Spence had become a skilled public speaker by this time, having spoken at Australasian charity conventions (1891 and 1892).

She became a vice-president of the Women’s Suffrage League of South Australia in 1891, after joining the female suffrage movement.
Her campaign for proportional representation was initiated in 1892-93 with the help of the Labor Party and other socialist organizations.

She traveled to the United States, the United Kingdom, and Switzerland from 1893-to 94 to speak at several international conferences.
She founded the South Australian Effective Voting League in 1895 and finished twenty-second out of thirty-three candidates.

Catherine Helen Spence attempted to promote ‘effective voting’ in Federal elections in 1899 and 1900, but her efforts were unsuccessful.
She spoke at Women’s League meetings about women’s political education and supported suffrage efforts in New South Wales and Victoria.

Catherine Helen Spence made history by being the first woman to run for a federal convention seat in 1897. Her election loss had no bearing on the significance of the incident.

She established the right of women to vote in state elections and to run for state parliament in South Australia as vice president of the Women’s Suffrage League of South Australia.

‘Catherine Helen Spence: An Autobiography,’ which she was working on at the time of her death, was finished posthumously by Jeanne F. Young.

Catherine Helen Spence was an early supporter of Margaret Preston, an Australian artist. Preston created a portrait of her that is now on display at the Art Gallery of South Australia.