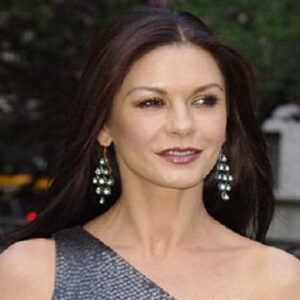 Catherine Zeta-Jones, a Welsh actress, is one of the most well-known actresses in the world, having given some of the most memorable performances in the industry throughout the course of her illustrious career. Zeta-Jones had always wanted to be a performer, and she even dropped out of school without receiving a diploma in order to pursue her dream of becoming an actor. She began her career as a theatrical actor as a teenager in London, United Kingdom, but moved swiftly to television and became a well-known actress after starring in the show ‘The Darling Buds on May.’ However, it was not long before she traveled to the United States and one of her earliest blockbusters was the film ‘The Mask of Zorro’ that made her a famous overnight. Zeta-Jones’ most famous performance occurred a few years later when she participated in the film ‘Chicago’ and that remains one of the most iconic performances in her career. Catherine Zeta-Jones took a break from acting to care for her children at one point in her career, but she returned to the screen with renewed vigor. She would undoubtedly be considered one of the most talented actors of her generation.

Catherine Zeta-Jones was born on 25 September 1969, to David Jones and Patricia Jones in the city of Swansea in Wales. Her father was the owner of a candy factory, while her mother worked as a seamstress. She had two siblings; both of them brothers.

Catherine Zeta-Jones was a performer right from the time she was a youngster and enrolled at the Hazel Johnson School of Dance at the age of five. She was also the principal performer in her local church’s theatre company. When she was 11 years old, Zeta-Jones competed in a British tap dancing competition.

Catherine Zeta-Jones attended the Dumbarton House School in Swansea, but she pulled out before completing her ‘O-Levels’ and instead moved to London to pursue a career as an actress. It was something that she had always intended to do.

Catherine Zeta-Jones required time to establish herself as an actress after moving to London, and it took her two years to get her first major break when she was hired as Peggy Sawyer in the play ’42nd Street’ in 1987. Two years later in 1989 she was cast in the play ‘Street Scene’ by the English National Opera.

She received her first part on television in 1990 with the series ‘Les 1001 Nuits’ but it was as Mariette in the show ‘The Darling Buds of May’ on ITV that started a year later that Catherine Zeta-Jones really came into popularity. She tried her hand at music with a few singles in the following years, but they were not as successful as she had planned, so she moved on to television shows like ‘The Return of the Native’ and ‘Catherine the Great.’

Catherine Zeta-Jones performed in the film ‘The Phantom’ and followed it up with a role in the miniseries ‘Titanic’ on CBS in the year 1996. Her performance in the ‘Titanic’ was observed by none other than Steven Spielberg, who proposed her name for the first important project of her career ‘The Mask of Zorro’ to the director of the film. In 1998, the picture was released, and it catapulted her to prominence.

In 1999, Zeta-Jones starred in the films ‘Entrapment’ and ‘The Haunting,’ both of which were completely forgotten. Although the latter was a commercial success, it was widely panned. However, the following year she provided a highly lauded performance as a drug lord’s wife in the film ‘Traffic’ and followed it up with the popular ‘America’s Sweethearts’ opposite Julia Roberts.

In 2002, Catherine Zeta-Jones played in the part of Velma Kelly in the film ‘Chicago’ and it remains the most recognized performance of his career. The film was not only a commercial success, but it also won critical acclaim, with Zeta-Jones receiving a lot of accolades for her portrayal. She followed it up with the films ‘Intolerable Cruelty’ with George Clooney, ‘The Terminal’ with Tom Hanks and the global blockbuster ‘Ocean’s Twelve’. All of these films garnered positive reviews for her work.

Catherine Zeta-Jones wasn’t as busy in the 2000s as she had been early in her career, with the only major releases being the 2005 sequel to ‘The Mask of Zorro,’ titled ‘The Legend of Zorro,’ and two years later, ‘No Reservations.’
Catherine Zeta-Jones made her Broadway debut in 2009 with the play ‘A Little Night Music,’ in which she co-starred with Angela Lansbury, and her performance earned mixed reviews from critics.

In 2012, she returned to the big screen with the comedy ‘Lay the Favourite,’ but the picture was a flop. In the same year, she starred alongside Tom Cruise and Alec Baldwin in the musical film ‘Rock of Ages,’ and with Gerard Butler in the comedy ‘Playing for Keeps.’

Catherine Zeta-Jones’ most notable role in her career is without a doubt her portrayal in the 2002 picture ‘Chicago,’ for which she received a slew of prizes including an Academy Award, a BAFTA, and a Screen Actors Guild Award in the category of best supporting actress.

In 2003, Catherine Zeta-Jones won an Academy Award for Outstanding Performance by a Female Actor in a Supporting Role for her work in the film ‘Chicag.’ She received the award for ‘Chicago’ in the same category at both the BAFTA and Screen Guild Awards.

Catherine Zeta-Jones married actor Michael Douglas in New York City on November 18, 2000. A boy and a girl are the couple’s offspring.

Catherine Zeta-Jones’ net worth is believed to be $45 million.