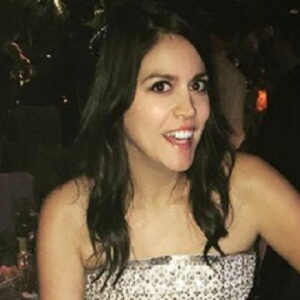 ‘Saturday Night Live’ cast member Cecily Legler Strong is a well-known American actor and stand-up comedian. She began her career in theater but, at the age of nine, after taking an improv class, she began to lean toward comedy. She first intended to pursue a career as an actor, but she soon realized that humor was her true calling and shifted her attention to improv roles. She started out in show business by playing on cruise ships with Second City Conservatory and iO Chicago classmates. Strong kept appearing at well-attended events including the Chicago Sketch Fest, the Edinburgh Fringe Festival, the New York Sketchfest, and the all-female improv group Virgin Daiquiri. She first gained notoriety in 2012 when she made her ‘Saturday Night Live’ debut as a featured cast member co-anchoring the Weekend Update section with Seth Meyers and then Colin Jost in the show’s 39th Season. The role Cecily played in “The Girl You Wish You Hadn’t Started a Conversation with at a Party” was Cecily’s most memorable on-screen performance. She made her cinematic debut in the same year with the short “How to Sponsor a Uterus.” She has vocally opposed the portrayal of women in the entertainment industry as simply girlfriends and bikini models rather than strong characters in blockbuster films.

In Chicago, Illinois, Cecily Strong was born on February 8th, 1984. Penelope is her mother, and William Strong, a former chief of bureau at the Associated Press who is now a managing partner of a renowned public relations business in Chicago, is her father. When she was a young girl, her parents separated.
She attended Chicago Academy for the Arts and Oak Park and River Forest High School. She also has a California Institute of the Arts Bachelor of Fine Arts in theater.
Strong began her career by giving frequent performances alongside other IO Chicago members at the Second City Conservatory.

In 2005, Cecily Strong made her television debut in a minor part on the show “Mad TV.” She did, however, appear in other popular television series after her performance on “Saturday Night Live,” including “The Awesomes” from 2013 to 2015, “Angie Tribeca,” “Years of Living Dangerously,” “Netflix Presents: The Characters,” “Superstore,” “Scream Queens,” and “Detroiters” in 2016 and 2017.

In the 40th season of “Saturday Night Live,” she resigned from her position as co-anchor of Weekend Update to focus solely on her sketch performances. She is still a member of the regular cast of the program.
Strong has continued to act in movies after making her film debut in 2012. Her major film roles include those in the 2015 films “The Bronze,” “Slow Learners,” “The Meddler,” and “Staten Island Summer,” as well as the 2016 films “The Boss” and “Ghostbusters.”

Her performance at the White House Correspondents’ Association dinner in 2015 was well received because to her lucrative contract from her fame on “Saturday Night Live.”
She made a cameo appearance in Whitney Cummings’ comedy film “The Female Brain” from 2017. In the film, which had its world premiere at the Los Angeles Film Festival, Strong played the part of Zoe.
In an episode of “Detroiters,” a comedy series starring Tim Robinson and Sam Richardson, Cecily Strong made an appearance. A second season of the show, which debuted on Comedy Central in early 2017, is scheduled to premiere in 2018.
She co-starred with Bill Hader in the endearing song “Caroline” from Steve Martin’s most recent music video.

Michael Patrick O’Brien, Cecily Strong’s ‘Saturday Night Live’ co-star and writer, was thought to be dating her. Cecily, however, tends to keep the details of her private life private, therefore there hasn’t been any official confirmation to this effect.

An American actress, comedian, writer, and producer with a $4 million fortune is Cecily Strong. Strong is most recognized for her role as a cast member on “Saturday Night Live” on NBC (2012–present). In 2021, Cecily played Melissa Gimble on the musical comedy series “Schmigadoon!” on Apple TV+. Cecily also served as the show’s executive producer. She has voiced characters in the animated TV series “The Awesomes” (2013–2015), “The Simpsons” (2018), and “Nature Cat,” as well as appearing in the films “Staten Island Summer” (2015), “The Boss” (2016), and “Ghostbusters” (2016). (2018). In addition to hosting the White House Correspondents’ Dinner in 2015, Cecily also published her memoir “This Will All Be Over Soon” in 2021.

She has consistently asserted that she has loved “Saturday Night Live” since she was a young child and that she grew up watching the classic episodes of the program. Her ambition of getting a part in her favorite show had come true.