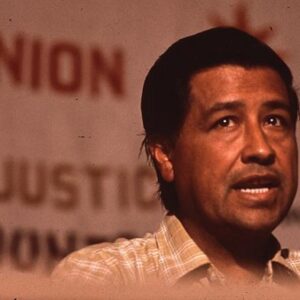 Cesar Chavez, a Latino-American civil rights fighter, has a remarkable narrative to tell. ‘Si, se puede’ (Yes, it can be done) is one of his most famous phrases, and it encapsulates the cause for which he battled. The sacrifices he made in order to use nonviolent ways to fight for the rights of agricultural workers and others constitute an enthralling and inspiring story. His numerous hunger strikes in order to fight for workers’ rights are thought to have contributed to his bad health and untimely death. He was all too familiar with the hardships that farm workers encountered on a daily basis, since he had been through them himself as a child. As a migrant farm laborer, he spent a lot of time in the fields, so he was familiar with the standards that these farmers needed to live a pleasant and dignified existence. His anti-union stance and powerful yet non-violent techniques elevated the farm workers’ cause to a legitimate cause with widespread support. He spearheaded protests, campaigned for embargoes, and went on multiple hunger strikes throughout his career. He became so well-known for his cause that he won the support of celebrities such as Jesse Jackson and Robert F. Kennedy.

Cesar Estrada Chavez was born in Yuma, Arizona, to a Latino family. His family ran a ranch and owned a grocery shop, but they lost everything during the Great Depression.

The family relocated to California, where they encountered numerous difficulties while working as migrant farm laborers. He dropped out of school in the seventh grade in 1942 to assist his mother in the fields.
He joined the United States Navy in 1944 and served there for two years. When he looked back on this period later in life, he described it as the “worst two years of his life.”

He worked in the fields until 1952 after leaving the Navy. He became the organizer for the ‘Community Service Organization,’ a civil rights organization, during this time. He became the CSO’s national director six years later.
He and Dolores Huerta co-founded the National Farm Workers Association in 1962. The name of the organization was changed to ‘United Farm Workers’ later on. Three years later, he supported the ‘Delano grape strike,’ in which Filipino American farmworkers battled for higher wages.

He led a walkout of California grape pickers on the historic farmhand’s march from Delano to the California state capitol in Sacramento in 1965, along with the National Farm Workers Association. This strike lasted five years and drew widespread attention across the country.

In 1968, he fasted for a total of 25 days in order to promote Gandhi’s teachings of nonviolence and the Catholic practice of ‘penance.’

Throughout the 1970s, Chavez and his unions organized a series of boycotts and strikes, including the ‘Salad Bowl strike,’ which became the nation’s greatest farmworker strike. In 1973, the UFW established a ‘wet line’ along Mexico’s border with the United States to deter Mexican settlers from illegally entering the country.
He launched a boycott in the 1980s to protest the use of hazardous pesticides on grapes. To get greater public attention, he went on a hunger strike, or as he called it, “spiritual fasts.”

During this time, he was also a significant factor in ensuring that the exoneration clauses were included in the 1986 federal immigration act. He fasted for 36 days in 1988 to protest pesticide use.

He and Dolores Huerta co-founded the ‘National Farm Workers Association’ to improve farm workers’ working conditions. His group drew members from many walks of life, including Americans, Mexicans, Filipinos, and African-Americans. The ‘United Farm Workers’ union was formed as a result of this. They organized the Delano grape strike and other boycotts together, which led to the formation of two more autonomous unions, Oberos Unidos and Farm Labor Organizing Committee.

In 1973, he received the Jefferson Award for “Outstanding Public Service to the Disadvantaged.”
He was awarded the ‘Pacem in Terris Award’ in 1992.
Bill Clinton bestowed the ‘Presidential Medal of Freedom’ on him posthumously in 1994.

He married Helen Fabela and they had eight children together.
He died in San Luis, Arizona, of unknown circumstances, and was buried in the National Chavez Center in Kern County, California.

Numerous books have been written about his life, the most well-known of which is ‘Colegio Cesar Chavez, 1973-1983: A Chicano Struggle for Educational Self-Determination.’
He has a number of parks named after him in San Jose, Berkeley, Sacramento, and Long Beach.

On the UFW national headquarters complex, the National Chavez Center opened in 2004. A number of primary schools have been named after him.
The ‘Cesar E. Chavez Building’ on the University of Arizona campus was named after him.
In order to recognize Cesar Chavez’s heroic efforts, his birthday is observed as a state holiday in Texas, California, and Colorado.

Julio Cesar Chavez is a Mexican former professional boxer who has a net worth of $10 million. Julio Cesar.

This well-known labor organizer and union leader is connected to Sam Chavez, a well-known professional golfer.