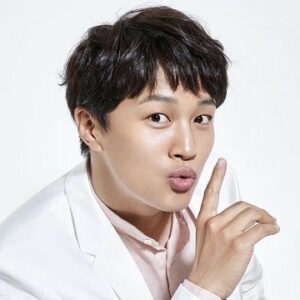 Cha Tae-hyun is a well-known South Korean singer, actor, and director who rose to prominence after appearing in the comedy film “My Sassy Girl.” His other blockbuster film, ‘Scandal Makers,’ earned him the title of top male celebrity of the year. He has been the MC for the ‘Mnet KM Music Festival’ and the ‘Campus Song Festival,’ and has appeared in a number of television serials. He’s also a DJ on ‘FM Popular Music with Cha Tae-hyun,’ and he’s published two studio albums, “Accident” and “The Book.” He was a cast member of the reality show “2 Days & 1 Night” and has appeared on a number of South Korean variety shows as a guest. He recently directed the drama ‘Hit the Top’ and starred in the romantic comedy ‘Because I Love You,’ which was produced by his brother Cha Ji-hyun. He has one son and two daughters with Choi Suk-eun, a pop singer and songwriter.

Cha Tae-hyun was born in Seoul, South Korea on March 25, 1976 to Cha Jae-wan and Choi Su-min. His father worked as an assistant director for the Korean Broadcasting System (KBS), while his mother worked in the entertainment sector as a voice over artist. He has a brother named Cha Ji-hyun, who is also a film producer in the entertainment industry. Cha Tae-hyun, too, aspired to follow in his parents’ footsteps and work in the entertainment industry. He studied broadcasting at Seoul Institute of Arts, Multimedia Arts at Kyonggi University, and Mass Communication at Chung-Ang University after graduating from high school. He competed in the KBS Talent Contest at the age of 19 and came in second place. He did tiny roles in television serials and advertisements while he was studying. He also worked as a radio jockey for FM radio and made his film debut in the comedy ‘Halleijah.’

In 2001, he starred alongside Jun Ji-hyun in the romantic comedy film ‘My Sassy Girl.’ The film’s premiere coincided with the release of his debut album, ‘Accident,’ which catapulted him to stardom in Korea and throughout Asia. His performance in the sad drama ‘Lovers Concert’ the following year was equally successful. Following his early success, his acting career took a turn for the worst due to negative reviews for three comedies in which he performed in 2002 and 2003. His poor luck didn’t stop there, as his flicks bombed at the box office. However, this did not damper his enthusiasm, and he released his second album, ‘The Book,’ which garnered positive reviews.

He went on to anchor ‘KBC Cool FM’s Mr Radio’ and was named Best Radio DJ at the 2007 KBS Entertainment Awards ceremony, proving his worth. His spectacular performance in the comedic film ‘Scandal Makers,’ which became the number one blockbuster of 2008, catapulted him back into the spotlight. The South Korean advertising industry named Cha Tae-hyun the top male star of the year. He became a member of the cast of the popular variety show ‘2 Days & 1 Night,’ which continues to promote South Korean tourism today. He also appeared in his brother Cha Ji-historical hyun’s film ‘The Grand Heist,’ which was set during the Joseon dynasty.

In 2016, he released a sequel to his smash blockbuster film, named ‘My New Sassy Girl.’ He also made a cameo appearance in the drama ‘The Legend of the Blue Sea’ with his ‘My Sassy Girl’ co-star Jun Ji-hyun. The sequel, on the other hand, failed to make the same effect at the box office. He just made his directorial debut with the drama ‘Hit the Top,’ and acted in his brother’s love comedy ‘Because I Love You.’ He’s also starring in the film ‘With God,’ based on the popular webtoon of the same name.

‘Family Outings,’ ‘Running Man,’ ‘Healing Camp, Aren’t You Happy,’ ‘The Return of Superman,’ ‘Radio Star,’ ‘Talents for Sale,’ ‘Please Take Care of My Refrigerator,’ ‘Carefree Travellers,’ and ‘Pot Stand’ are among the programmes on which he has appeared. He has appeared on reality shows such as ‘2 Days & 1 Night’ and ‘Year of the Dragon Club.’
He was a DJ on KBS Cool FM’s ‘FM Popular Music with Cha Tae-hyun’ and ‘Mr Radio.’ In 2001 and 2003, he released two studio albums, “Accident” and “The Book,” respectively. ‘I Don’t Know,’ ‘Forget Me,’ ‘Because I Love You,’ ‘Happiness,’ and ‘Cheer Up Song’ are among his successful hits.

He dated Choi Suk-eun, a pop singer and songwriter, since high school and married her in 2006. They have one son and two children and are happily married. He has made regular visits to the hospital to see kids and has donated over $ 89,000 to aid youngsters with cancer.

Cha Tae-hyun is one of the wealthiest and most popular actors in Hollywood. Cha Tae-net hyun’s worth is estimated to be at $14 million, according to Wikipedia, Forbes, and Business Insider.

On the talk show ‘Healing Camp, Aren’t You Happy,’ he acknowledged to having an anxiety issue. After his role in the blockbuster comic film ‘Hello Ghost,’ he became known as ‘Korea’s Jim Carry.’