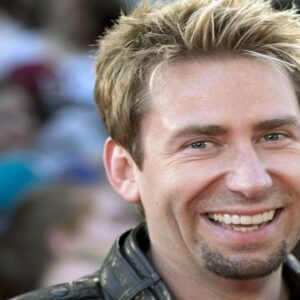 Chad Kroeger is the lead vocalist and guitarist for Nickelback, a prominent rock band from Canada. This is one of Canada’s most successful bands, with over 50 million records sold globally. Despite his enormous success as a singer, Chad’s youth was not without its difficulties. During his school years, he was constantly found guilty of stealing. In his 2005 song ‘Photograph,’ he mentions it. He began playing guitar at the age of 13, and after graduating from high school, he began touring after joining a band with his friends, some of whom eventually joined Nickelback. The band eventually disbanded, with a few members leaving in the middle of their attempt to get their first album released. Chad eventually rebuilt the band after meeting the proper folks. Nickelback was renamed after the band’s massive success, which included shattering records and becoming the public’s favorite. Aside from Nickelback, Chad has collaborated with a number of other well-known acts.

Chad Kroeger was born Chad Robert Turton on November 15, 1974, in Alberta, Canada. Chad has an older brother named Mike, who is also a member of Nickelback. His childhood could be described as ‘troubled.’

Chad’s father abandoned the family when he was just two years old. In a subsequent song, he talks about it. He was a troublesome adolescent.

When he was in school, he used to steal money from other pupils and was caught and put to retention. Because of his contempt for his father, he adopted his mother’s maiden name as his surname.

Chad and his brother began playing guitar at the age of thirteen. Listening to alternative and grunge rock bands gave him pleasure, and he began to take music seriously in high school.

After graduating from high school, he recruited a group of friends and began doing local gigs across Canada. He couldn’t keep the band together, no matter how great he was. Then he formed a new band, Nickelback, and began all over again.

Chad and his lawyer, Jonathan Simkin, formed the band “The Village Idiots” in 2001. The band had considerable success and was nominated for a Canadian Indie Award for their debut album a few years later.

‘Default,’ ‘Theory of a Deadman,’ and ‘Bo Bice’ are among the musicians and bands for whom Chad has created songs.

Chad had the opportunity to produce and sing the song “Hero” for the film “Spider-Man” in 2002. Chad recorded a song for Santana’s new album called “Shaman” the same year, but he refused to release it owing to the debut of his band Nickelback’s new album shortly after. This action was chastised and labeled as “selfish.”

At the SOCAN Awards in Toronto in 2003, Chad got the prize for international achievement for the song “Hero.” Chad worked on songs for Travis Tritt’s album ‘The Storm’ in 2007 and again cooperated with Santana for their album ‘Ultimate Santana.’

In addition, on the song ‘You’re Everything,’ which he penned and performed guitar on, he collaborated with Bo Bice.
Daughtry, Tim McGraw, Timbaland, and Ludacris were among the artists with whom he collaborated.

Chad Kroeger, who was a member of Nickelback at the time, released his first album, ‘Curb,’ in 1996, which was a middling success. The band’s second studio album, which took four years to complete, however, hit the bull’s eye.

The album ‘The State,’ produced by Roadrunner Records, was released in 2000 and immediately gained gold status. The record was awarded platinum status years later as a result of greater public attention brought on by the success of other albums.

‘Silver Side Up,’ their third studio album, was released in 2001 and became an instant hit, topping all Canadian charts. The album reached number two on the Billboard list, and one of the album’s singles, “How You Remind Me,” was named Billboard 100’s song of the year for 2002.

The band was accused of ‘Grunge Rock’ imitating them, but they denied it. ‘Too terrible’ and ‘Never Again,’ two other songs from the album, were also chartbusters, establishing Nickelback as one of the most significant bands to keep an eye on.

The Long Road, their third studio album, was released in 2003 and was certified three times platinum by the Recording Industry Association of America (RIAA). The album went on to sell 5 million copies worldwide and was ranked 157 on Billboard’s “200 Greatest Albums of All Time” list.

However, other commentators recoiled and labeled them as bad Grunge imitation once more. Despite this, success followed, and the single ‘Figured You Out’ became a chartbuster, spending 13 weeks at the top of the Mainstream Rock Charts.

‘All the Right Reasons,’ Nickelback’s fifth studio album, was released in 2005 and quickly rose to the top of the Billboard 200 and the Canadian music charts.

The band spent the following two years performing around the United States and Europe. Their following album, ‘Dark Horse,’ was a minor success, spending several weeks in the Billboard 200’s top 20. The album was named the best-selling album of the year by Billboard in 2010.

Their latest album, ‘Here and Now,’ was released in November 2011 and immediately went to number two on the Billboard 200 chart. Following the album’s success, the band embarked on a ‘Here and Now’ tour in 2012.

Nickelback’s ‘No Fixed Address’ was a middling success in 2014, and they announced their ninth album, ‘Feed the Machine,’ for release in 2017.

Chad Kroeger began dating Avril Lavigne, a Canadian musician, in July 2012. In 2014, the couple became engaged, and the following year, they married.

The media, on the other hand, was continuously reporting on their problems, claiming that the couple was on the verge of a terrible divorce. Avril confirmed the rumors in 2015, and the couple divorced in 2016.

Chad got a throat illness in 2015, which turned out to be a cyst that had to be surgically removed. Chad was in the middle of a tour at the time, and the European leg had been canceled.

Chad Kroeger has an estimated net worth of $80 million dollars as a Canadian singer, songwriter, and musician.