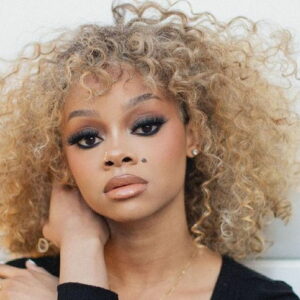 Challan Trishann is an internet personality who rose to fame on the video-sharing platform TikTok. She is best known for her cosplay videos, lip-sync performances, and comedy content and has acquired over 4.6 million fans and 194.1 million likes on her official TikTok account challxn. She is also a celebrity figure on Instagram, having over 474k followers on her challxn account. Challan Trishann runs the Youtube channel, Challan, where she posts vlogs and storytime videos for over 105k subscribers. She also runs a Twitch channel under the name challxn where she streams popular video games and just chatting content for close to 20k followers. She is a member of the famous TikTok collective, The University of Diversity.

Challan Trishann rose to prominence on TikTok, where she wowed fans with her cosplays, lip-sync performances, and humorous videos. Her content quickly went viral on the platform, and she quickly became one of TikTok’s most popular content creators. Challan Trishann’s popularity has also spread to Instagram, where she has nearly half a million followers. Challan Trishann launched her Challan YouTube channel in April 2017. “storytime: getting bullied like I was on Disney | challan,” was the title of her debut video. On her YouTube account, she usually uploads vlogs and storytime videos, which are watched by hundreds of people. Challxn, her second YouTube channel, debuted in December 2018. On her new channel, she streams video game material to over 4k subscribers.

Challan Trishann was born in Barbados on April 16, 1998. Later, she relocated to California. Challan has a younger sister who appears in several of her TikTok videos. She hasn’t revealed much about her family or parents on social media. Challan was born under the sign of Aries. Challan Trishann enjoys video games and can frequently be found playing The Sims 4 and Among Us. She also enjoys anime and is known for cosplaying characters from shows like Fire Force and Attack on Titan. Challan talked about her difficult days in middle school in a storytime video. During her school years, she claims she was a frequent target of bullies. She even described an event in which a fellow student approached her and started fighting with her for no apparent reason.