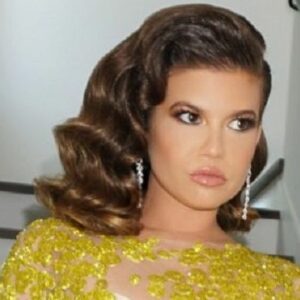 Chanel West Coast is a well-known American artist who is known for her work as a rapper, singer, songwriter, actress, model, and TV personality. Chelsea Chanel Dudley’s stage name is Chanel West Coast, and she was born Chelsea Chanel Dudley. Chanel inherited her love for music from her father, a DJ. Chanel aspired to be a part of the entertainment industry since she was a child. She was cast as a model cum receptionist in MTV’s ‘Rob Dyrdek’s Fantasy Factory’ in 2009. The show was a huge success, and Chanel gained celebrity status as a result of it. The show had such a great response that it was quickly renewed for a second season. She starred in the show’s seventh season, which debuted on January 1st and finished on March 5th, 2015. Chanel was cast in ‘Ridiculousness,’ which was likewise a success, following the success of ‘Rob Dyrdek’s Fantasy Factory.’ Meanwhile, her music career was on the rise, with the release of the mixtape ‘Now You Know’ and contributions to the compilation album ‘Young Money: Rise of an Empire.’

Chelsea Chanel Dudley, better known as Chanel West Coast, was born in Los Angeles, California on September 1, 1988. Chanel split her time between her mother’s home in North Hollywood and her father’s home in New York City because her parents lived apart.

Chanel’s father worked as a disc jockey. Chanel developed an interest in music at a young age as a result of this. She went with her father to numerous nightclubs around town where he worked as a DJ. Chanel also attended singing and dancing lessons as a child.

‘Rob Dyrdek’s Fantasy Factory’ was such a smash that a second season was ordered. The second season was even more popular, leading to the production of a 12-episode third season in 2010 and a fourth season in 2011.
Chanel launched her musical career at the same time as her television career. She began making songs in 2009, collaborating with a variety of artists. ‘Melting Like Ice Cream’ with Tiffanie Anderson, ‘Tramp’ with rapper Somaya Reece, and ‘PHAMOUS’ with Midi Mafia are some of her early ventures.

West Coast revealed in 2011 that she has signed with Polow Da Don’s record label, Zone 4, in 2011. She did, however, leave the label without releasing any music. Instead, she began making her own music available for free download on the internet, and later recorded a music video for the song “I Love Money.”

In 2011, Chanel appeared as Sheila in an episode of MTV’s ‘The Hard Times of RJ Berger’ as a guest star. This was Chanel’s first appearance onscreen as someone other than herself.

For the series ‘Ridiculousness,’ she was cast in the starring role. She appeared on the show alongside Dyrdek and Sterling ‘Steelo’ Brim. Her job entailed watching and rating films on the internet.

Chanel had a very busy year in 2012. Lil Wayne signed her to his Young Money Entertainment label. She released her mixtape ‘Now You Know’ the next year, which included Evan Ross, French Montana, Snoop Dogg, and Robin Thicke. She went on two headlining tours to promote her mixtape, the Punch Drunk Love Tour and the Now You Know Tour. She also released a music video for ‘Been On,’ which featured French Montana, around the same period.

Chanel announced in 2014 that she had started working on her debut studio album. Her first single, ‘Blueberry Chills,’ featuring Honey Cocaine, was released in January. In the same month, she released a second single, ‘New Feeling.’ Chanel released her third song, ‘Miles and Miles,’ later in October, for which she provided vocals.

Chanel, along with other artists including as Lil Wayne, Drake, Nicki Minaj, Tyga, and Christina Milian, contributed to Young Money Entertainment’s second compilation album, ‘Young Money: Rise of an Empire,’ which was published in 2014. It debuted at number seven on Billboard’s Hot 200 list, selling more than 30,000 copies in its first week.

‘Bass In The Trunk,’ a new song by Chanel that was featured on ‘Rob Dyrdek’s Fantasy Factory,’ was published in 2015.

Chanel West Coast’s most recognizable job as an actress was as a model-receptionist in famous figure Rob Dyrdek’s MTV reality series ‘Rob Dyrdek’s Fantasy Factory.’ The show received overwhelming praise from critics and audiences alike for its original concept and flawless portrayal. Its resounding success paved the way for additional seasons.

Chanel was cast in the lead part in ‘Ridiculousness’ after the phenomenal success of ‘Rob Dyrdek’s Fantasy Factory.’ The show’s popularity grew, and it was quickly followed by its second, third, and fourth seasons, with Chanel continuing her position as an online internet video reviewer.

Chanel’s personal life, including her love affairs, marital status, and family life, is largely unknown. She is, however, said to be dating Liam Horne. Chris Pfaff is alleged to have been her former boyfriend.

Chanel West Coast has a $3 million net worth as an American rapper and TV host. MTV series such as “Rob Dyrdek’s Fantasy Factory” and “Ridiculousness” have made Chanel West Coast famous. She began her career in show business at an early age. Chanel has established clothing lines and a number of cannabis-related goods in addition to music and performing.