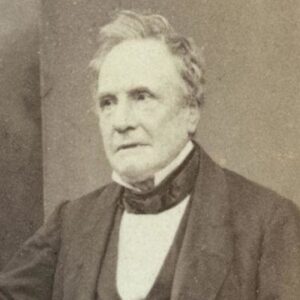 Charles Babbage, a brilliant polymath, is credited with being the first person to design a computer. He was involved in the founding of the Astronomical Society and became interested in developing a calculating machine. He devised a simple machine capable of calculating squares. This enabled him to obtain financing from the British government for the Difference Engine, although it was never finished. In his second try, he created the Analytical Engine, a more complex system that was programmed using punched cards. His powerful mind accomplished much more than this computing equipment. Michael Faraday alluded to his electrodynamics research. He created an open submarine that could hold four people for a couple of days. He cracked the Vigenère’s auto key encryption, but due to the Crimean War, he had to keep his achievement a secret. He created the pilot, which was attached to locomotives to clear the tracks, as well as the dynamometer, which tracked the locomotive’s progress. For almost a decade, he was a Lucasian Professor of Mathematics at Cambridge. He was a pioneer in the field of operational research. The ‘Babbage Principle’ established the division of labor based on the laborer’s skill. His ideas on Creation favored natural law while separating the Bible from it.

Benjamin Babbage, a banking partner in Praed’s & Co and the owner of the Bitton Estate near Teignmouth, had four children with Betsy Plumleigh Babbage. He was sent to Alpington Country School at the age of eight to recover from a life-threatening sickness. He attended South Devon’s King Edward VI Grammar School and later Middlesex’s Holmwood Academy, where he was taught by Reverend Stephen Freeman. He developed an interest in mathematics as a result of his visits to the school library. He left the academy to be tutored by two private tutors: a Cambridge clergyman who didn’t teach him anything, and an Oxford tutor who taught him the Classics.

In 1810, he enrolled at Trinity College, Cambridge. He and his companions founded the Analytical Society, the Ghost Club, which researched paranormal phenomena, and the Extractors Club, which helped mentally ill people get out of institutions. He moved to Peterhouse, Cambridge, in 1812, and two years later, being the best mathematician there, he got a degree without examination. In a debate, he had defended a contentious thesis.

Babbage applied for a number of jobs after graduating from Cambridge, but he was unsuccessful. He gave astronomy lectures at the Royal Institution and was elected a Fellow of the Royal Society in 1816.
In 1820, he was instrumental in the formation of the Astronomical Society, which tasked Babbage and Herschel with improving The Nautical Almanac by correcting table mistakes. This sparked the idea of mechanical computation in him. He created a little machine to compute the table of squares and published “Observations on the Application of Machinery to the Computation of Mathematical Tables” in the Astronomical Society in 1822.

The British government promised to support the difference engine—an automatic mechanical calculator meant to tabulate polynomial functions—in 1823, following the Royal Society’s advice. For the engine’s construction, his friend and engineer Marc Brunel recommended Joseph Clement, an artisan. Because of cost agreements with Clement, the difference engine was not constructed. A second distinction The engine was abandoned because it failed to get government funding; nonetheless, it was rebuilt between 1989 and 1991 to commemorate Babbage’s 200th birthday.

In 1825, he collaborated on Arago’s rotation and the electrodynamics surrounding the event with his Cambridge friend and colleague mathematician John Herschel. Michael Faraday took their work and expanded it.
He purchased George Barrett’s actuarial tables in 1826. Barrett’s work remained unpublished after his death. Babbage published ‘Comparative View of the Various Institutions for the Assurance of Lives’ after studying Barrett’s work.

Despite being promised the position as secretary of the Royal Society, he was refused it. He released his idea for an open undersea vessel with enough air for four people to survive for more than two days in 1826.
Babbage was the Lucasian Professor of Mathematics at Cambridge from 1828 to 1839, a prestigious academic position, and he was elected as a Foreign Honorary Member of the American Academy of Arts and Sciences.

In the 1830s, he ran for Parliament twice from Finsbury borough, but was narrowly defeated both times. His political ideals included expanding the political franchise as well as the separation of church and state.
He authored ‘Reflections on the Decline of Science and Some of Its Causes’ in 1830 as a polemicist. The British Association for the Advancement of Science was founded as a result of this (BAAS).
In 1832, he published ‘On the Economy of Machinery and Manufactures,’ which is considered one of the first works on operational research. The “Babbage concept” advocated for labor division based on skill level.
He wrote his Ninth Bridgewater Treatise, ‘On the Power, Wisdom, and Goodness of God,’ in 1837. He articulated his conception of creation, which was dominated by natural law.
He decoded the Vigenere’s autokey cipher in cryptology during the Crimean War in the 1850s, but his discovery was kept a military secret and not publicized.

Babbage created the Analytical Engine, a complicated machine that could be used for broad computing and was programmed using punched cards. From 1833 until his death, the Engine was constantly redesigned and improved.
He devised the pilot, a metal frame in front of locomotives that clears the tracks of impediments, and he designed a dynamometer vehicle to measure the locomotive’s progress, both in 1838.

Babbage married Georgiana Whitmore in 1814. Only four of the couple’s eight children lived to adulthood: Benjamin Herschel, Georgiana Whitmore, Dugald Bromhead, and Henry Prevost.
At the age of 79, he died of renal insufficiency and was buried in London’s Kensal Green Cemetery. His 40 years at 1 Dorset Street, Marylebone, are commemorated with a green plaque. A crater on the moon and a locomotive are among the numerous objects named after him, while the University of Minnesota’s Charles Babbage Institute is an information technology center.

Ada Lovelace, a friend and admirer of this polymath, is credited with being the world’s first computer programmer because she devised an algorithm that could be executed by a machine.
This mathematician was one of four scientists who discovered dendrochronology, or the study of tree rings, independently; nonetheless, A. E. Douglass is considered the father of dendrochronology.