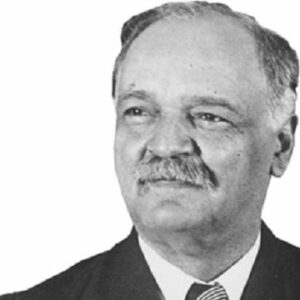 Charles Curtis was the 31st Vice President of the United States. He was an American politician. He was the first Native American to hold either of the two most important jobs in the executive branch of the U.S. government. Curtis’s first job was as a lawyer. Then he went into politics. During his 50-year political career, he worked as a member of the US House of Representatives, a US Senator, the President pro tempore of the US Senate, the Senate Majority Leader, and finally as the Vice President of the US. As a member of the House and then as the Senate Majority Leader, Curtis helped manage legislation and reach national goals for the Republican party. Curtis had been in politics for a long time, but he didn’t get along well with President Hoover, so he didn’t get much to do in cabinet meetings as Vice President. His advice was rarely asked for by the government when it came to making laws or running the government. During his term, the only time he got a lot of attention was when his half-sister and Theodore Roosevelt’s daughter got into a social fight about how to act. In 1932, John Nance Garner took the place of Curtis. He worked as a lawyer for the rest of his life.

Charles Curtis was born to Orren Arms Curtis and Ellen Gonville Pappan on January 25, 1860, in Topeka, Kansas Territory. Young Curtis’s family was almost half American Indian. His father’s family came from England, Wales, and Scotland, but his mother was French, Kaw, Osage, and Potawatomi.

After Curtis’s mother died in 1863, his father married twice more. Theresa Permelia “Dolly” Cutis was his half-sister. When the American Civil War began, his father was put in jail. Curtis got help from his grandparents, who helped him get the land in North Topeka that belonged to his mother.

Curtis began racing horses when he was a boy. He was a good prairie horse rider and became a successful horse jockey. Because of this, he became known as “Indian Charley.”

Curtis went to Topeka High School and finished his early education there. Later, he worked part-time while he finished his law schooling.

Curtis was let into the bar in 1881. He worked as a prosecuting lawyer in Shawnee County, Kansas, from 1885 to 1889. As an attorney, Curtis enforced the state’s ban on alcohol, which meant that all saloons had to close.

Curtis has always been interested in politics, even when he was young. In 1892, as a Republican, he finally got into politics when he was elected to the House of Representatives for the 53rd Congress. He was voted into office six times in a row.

Curtis spent a lot of his time as a House member on the Committee of Indian Affairs. He wrote the Curtis Act of 1898, which changed many treaty rights by giving land to the Five Civilized Tribes of Oklahoma and making other changes. He got rid of tribal governments and courts.

Curtis wanted to bring the Indian tribes into the rest of society and give them basic rights like the right to an education. He also told them to accept their own citizenship and the culture of European-Americans.

Curtis joined the Kaw tribe again, and in 1902, he wrote the Kaw Allotment Act, which ended the legal existence of the Kaw Nation. When the Kaw tribe broke up, the land was given back to the federal government, which then gave land to each member of the tribe. Curtis, who was part of this tribe, also benefited from the act.

Until January 1907, he was a member of the House. Curtis was supposed to take over Kansas Senator Joseph R. Burton’s short, unfinished term in the U.S. Senate as soon as he left the house. He was chosen right away for a full term as a senator that lasted until 1913.

Curtis got the most out of the 17th Amendment, which said that senators had to be chosen directly by the people because he was the first senator to be chosen by the people. Starting on March 4, 1915, he held the job for three terms. He was re-elected in 1920 and served for another six years, until 1926.

Curtis was given another six-year term, which lasted until 1931. In 1929, he was made Vice President, which cut short his time as a Senator.

Curtis had wanted to be president for a long time when he was a Senator. In 1924, he turned down the vice-presidential nomination because his wife was sick. After President Coolidge turned down a chance to run for office again in 1928, another chance came up.

During the 1928 election for President, the Republican Party chose Herbert Hoover, who had been Secretary of Commerce. Curtis ran for Vice President along with Hoover. Farmers were angry about Herbert’s appointment because he had been Food Czar during World War I, but he still won by a landslide.

After the victory, Curtis quit his job as a Senator in March 1929 so he could become Vice President. The fact that he was the only native Kansan and the only Indian to hold the job made history. Also, he was the first American of Indian descent to reach such a high office and the first to take the oath of office on a Bible. He was once again the first person to hire a woman instead of a man to be his secretary.

Even though Hoover and Curtis worked together, they didn’t have much in common. Curtis was never an insider for Hoover, and Hoover never listened to Curtis’s advice. Contrary to what you might think, Curtis spent most of his time as vice president running the Senate and breaking ties.

The Great Depression hit as soon as the Hoover-Curtis government took over. Curtis suggested the five-day workweek as a way to share jobs and reduce unemployment.

The Stock Market Crash of 1929 sent the country into the worst part of the Great Depression. Curtis didn’t work on ways to get out of the bad economy. Instead, he got caught up in a fight between his half-sister Dolly and Theodore Roosevelt’s daughter, Alice Roosevelt Longworth, which was embarrassing.

The Great Depression and the Stock Market Crash didn’t do much to help the Republican ticket, which looked like it would lose the 1932 election. Curtis would have preferred to be a Senator instead of a Vice President, but his sister insisted, so he was put back on the Hoover ticket.

At a time when the Great Depression seemed to be at its worst when Franklin Roosevelt and John Nance Garner were running against them, the Hoover-Curtis ticket seemed weak from the start. So, Roosevelt won the presidential election with 57 percent of the vote to 40 percent. The end of his time as Vice President was on March 4, 1933.

Curtis’ political career also came to an end with the landslide loss, as he quit politics after that. Instead, he went back to practicing law in Washington, DC. In 1935, he was the head of the Republican campaign committee for senatorial races.

The most important thing Curtis did was serve as a Senator from 1915 until 1929. In that job, he wanted to bring the tribal society into the main society so that the tribal people would have the same rights to education as everyone else.

He also helped write the Kaw Allotment Act, which stopped the Kaw nation from being a legal entity. He handled legislative issues very well and made sure that national Republican goals were met.

Anne Elizabeth Baird passed away in 1924. Curtis never got married again after his wife died. Theresa Permelia “Dolly” Curtis, his half-sister, was his hostess when he went to parties.

He died of a heart attack on February 8, 1936, at the home of his half-sister Dolly. As he had asked, his body was flown to Kansas, where it was buried at the Topeka Cemetery next to that of his wife.
His house in Topeka, Kansas, is on the National Register of Historic Places and is a state historic site.

People often called this Vice President of the United States “Indian Charley” or “Our Charley.”