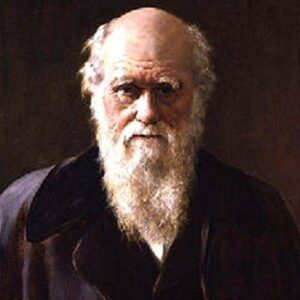 Charles Darwin was a scientist, naturalist, and geologist from England. Although the evolution of homo-sapiens from apes is commonly accepted now, Charles Darwin was chastised when he initially proposed his groundbreaking theory of evolution in the nineteenth century. Almost everyone in the world, including the Church, mocked his concept. It was unaccepted for a long time until it became the new dogma. The DNA studies confirmed his theory of evolution and refuted the prevalent religious beliefs at the time. Charles Robert Darwin was born into a wealthy family in Shrewsbury and intended to follow a medical career before abandoning it to pursue his passion of being a naturalist. He formulated the hypothesis that all species evolved from common ancestors and that the branching pattern of evolution arose from a process he dubbed “natural selection” after years of diligent study. His five-year expedition on the ‘HMS Beagle’ changed his life forever, establishing him as a world-renowned geologist. His most famous work, ‘On the Origin of Species by Means of Natural Selection,’ was published in 1858. He wrote ‘The Descent of Man, and Selection in Relation to Sex’ in 1871, which looked at human evolution and sexual selection. He released his final book, ‘The Formation of Vegetable Mould, by the Actions of Worms,’ in 1881, in which he looked at earthworms.

Robert Darwin and Susannah Darwin had Charles Robert Darwin on February 12, 1809, in The Mount, Shrewsbury, Shropshire, England. His father worked as a doctor and a banker.
He had an interest in exploring outdoors as a child. He acquired his primary education at the ‘Anglican Shrewsbury School,’ and then moved on to the ‘University of Edinburgh Medical School,’ where he received his secondary education.
He learned taxidermy from John Edmonstone after being dissatisfied with the teaching techniques and having an interest in the subjects presented. He joined the ‘Plinian Society,’ a student natural history organization. On March 27, 1827, he made his first presentation at the ‘Plinian,’ arguing that the black spores seen in oyster shells were actually the eggs of a skate leech.
He went on to study plant classification and work at the ‘University Museum,’ one of Europe’s largest museums. Meanwhile, his father enrolled him at ‘Christ’s College’ to obtain a BA degree due to his lack of interest in medical studies.
He loathed traditional education and was fascinated by botany. John Stevens Henslow, who later became his mentor, became a personal friend of his. He took use of the opportunity to meet other naturalists during this time.
In 1831, he received a diploma with honors. Following that, he spent his time reading natural history literature, such as Paley’s ‘Natural Theology,’ Alexander von Humboldt’s ‘Personal Narrative,’ and John Herschel’s book. He decided to study natural history in the tropics after being inspired by the books.

Henslow invited him to join him as naturalist for a self-funded supernumerary position on the ‘HMS Beagle’ in August 1831. Darwin was excited to embark on the expedition because he knew it would forever impact his life.
The ship, captained by Robert FitzRoy, set sail on a two-year cruise around the world (as intended). Despite his father’s initial opposition, Darwin was eventually given the go-ahead. For him, the five-year journey proved to be a once-in-a-lifetime chance.
On December 27, 1831, the journey began. While surveying the coasts, the ‘Beagle’ spent time on land, exploring geology and collecting natural history.
He collected numerous specimens of birds, plants, and fossils along the way, which he attached to a copy of his journal and mailed to Cambridge. This once-in-a-lifetime opportunity allowed him to closely observe botany, geology, and zoological principles.
He was seasick, but he didn’t let it stop him from continuing his investigation. He was helped by his knowledge of geology, handling beetles, and dissecting marine creatures. In other areas, he gathered samples for professional examination.
As the ‘Beagle’ sailed along the South American coasts, he hypothesized about the geology of the region and the disappearance of big creatures. Darwin was particularly interested in the Pacific Islands and the Galapagos Archipelago, as well as South America.
The experience left an indelible impression on this aspiring naturalist, who began to formulate a new theory concerning the origin of all living things. His theory ran counter to what other naturalists thought at the time.
After returning to England in 1936, he began writing a book called ‘Journal and Remarks,’ which was eventually included in Captain FitzRoy’s bigger work ‘Narrative.’
The book introduced the globe to a variety of new views and ideas. While the Galapagos finches were 12 different species, the armour bits he found were from Glyptodon, a massive armadillo-like creature that was extinct. He quickly rose through the ranks of science and was elected to the Council of the Geological Society. He began working on the variance in offspring after previously focusing on the prospect of one species morphing into another.
He updated his prior work and released it as a multi-volume named ‘Zoology of the Voyage of H.M.S. Beagle’ while reworking on the topic of transmutation. However, the stress that came with his job took a toll on his health, and he was recommended to postpone his work.
He became the Secretary of the Geological Society in 1838. He made incredible progress in transmutation, and he never missed an opportunity to interrogate the professional naturalists and field workers.
His health deteriorated and he became handicapped, prompting him to relocate to Scotland for a short while. He continued his investigation when he returned to London.
He was elected a Fellow of the Royal Society on January 24, 1839. He’d come up with a theory of natural selection by this point. FitzRoy’s ‘Narrative’ was finally published in May 1839, and Darwin’s ‘Journal and Remarks’ was also published at the same time. Darwin’s work was so popular that a third volume of his ‘Journal and Remarks’ was released as a separate book.
He posed key questions in his book. Expert naturalists were questioned about their theories on how species came to be. While some naturalists believe the species has existed since the beginning of time, others believe they have evolved over time. Darwin, on the other hand, disputed naturalists’ views by suggesting that there were commonalities among species all across the world, with variances due to their diverse habitats.
He came to the conclusion that species shared similar ancestry. ‘Natural selection,’ he maintained, was the method by which species survived. Those who survived were able to adapt to changing conditions, whereas the rest were unable to evolve and breed, and hence went extinct.
After two decades of scientific research, he presented his breakthrough ‘theory of evolution’ in 1858. On November 24, 1859, the same was published as ‘On the Origin of Species through Natural Selection.’ The book sparked debate because it claimed that homo-sapiens were just another type of animal.

Darwin’s ‘Theory of Evolution’ revolutionized how people thought about the origins of life. Until that time, the widely held belief was that all species were formed at the beginning of time or over the course of natural history. In all cases, the species was thought to have remained the same throughout. Darwin, on the other hand, noted parallels and differences between species all across the world, as well as variances dependent on geographical location. As a result, he came to the conclusion that they had evolved over time from common ancestors. He came to believe that species survived by a process known as ‘natural selection,’ in which those who successfully adapted to meet the changing requirements of their natural habitat survived, while those who failed to evolve and reproduce perished out.

In the year 1838, he tied the knot with Emma Darwin. The couple had 10 children, two of whom died while still in infancy. Annie, his adored daughter, died when she was ten years old. His other children, on the other hand, went on to have successful careers.
Throughout his life, he was plagued by health issues that rendered him unable to work. He was diagnosed with angina pectoris in 1882, which resulted in coronary thrombosis and heart illness.
He died of angina episodes and heart failure on April 19, 1882. Despite the fact that his remains was supposed to be buried in Downe’s St Mary’s churchyard, public and parliamentary petitioning resulted in his being buried in Westminster Abbey, between the graves of John Herschel and Isaac Newton.

He was the first to propose that all species share common ancestors and that the branching pattern of evolution is the product of a process he called “natural selection.”