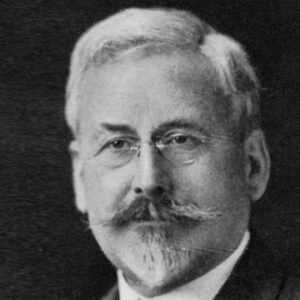 Charles Édouard Guillaume was a well-known Swiss physicist who was awarded the 1920 Nobel Prize in Physics for his contributions to precision measurements in physics. His interest in physics as a subject began as a student, and he was later inspired to pursue it professionally after reading François Arago’s text book, ‘Éloges académiques’. Throughout his nearly five-decade career, he held various positions with the International Bureau of Weights and Measures. His most significant contributions were to the fields of metrology and alloys. At the time, his discovery of the alloy ‘Invar’, which was impervious to thermal changes, was considered revolutionary in the field of science. Following this, he developed the alloy ‘Elinvar’. Additionally, Charles Édouard Guillaume was the first to precisely determine the temperature of space. Additionally, he authored several books in his field of study.

Charles Édouard Guillaume was born in Fleurier, Swiss-Jura, on 15 February 1861. Charles’ father, Édouard, was a London-based watchmaker who later relocated to Switzerland and settled in Fleurier.
Charles completed his primary education in Neuchâtel and later attended Zurich Polytechnic to earn a degree. He developed an interest in physics during his time at the university and was awarded a PhD in 1882 for his research and thesis on electrolytic capacitors.

Following graduation, he served a year of compulsory service as an officer in the Swiss Artillery. He had the opportunity to study ballistics and mechanics while serving here.

He was appointed Associate Director in 1902 and Director of the Bureau in 1915. He held this position until 1936, when he retired. Following his retirement, he served as the Bureau’s honorary director until his death.

At the Bureau, he conducted his initial research on thermometry—the science and practice of temperature measurement. He conducted extensive research on mercury–in–glass thermometer corrections. He was also in charge of the precise calibration of thermometers used at the Bureau to determine the thermal expansions of length standards.

Following an observation regarding the expansion of nickel-iron based alloys in 1890, he concentrated more on the study of alloys. In 1896, his research resulted in the discovery of ‘Invar,’ a nickel-iron alloy with a low coefficient of thermal expansion. It was given the name ‘Invariable’ because it exhibited relatively little expansion or contraction in response to temperature changes. The alloy is composed of 36% nickel and 64% iron.

He was tasked with the responsibility of reproducing accurate copies of the standard meters for distribution throughout the world as part of his duties at the Bureau. However, because the meter at the bureau was made of a platinum–iridium alloy, replicating it would be prohibitively expensive.

This situation prompted him to seek out less expensive alternatives that would withstand chemical attack while maintaining desirable hardness and permeance. The discovery of ‘Invar’ provided a cost-effective means of successfully duplicating the standard meter bar.

Several years later, in the late 1890s, he collaborated with Chenevard and the Imphy steel laboratory to develop a variation of invar; a nickel-steel alloy dubbed ‘Elinvar’; that was known for its extremely low thermo-elastic coefficient even when subjected to thermal changes. Elinvar is composed of 59% iron, 36% nickel, and 5% chromium. The alloy is nearly nonmagnetic and corrosion resistant.

Ferronickel alloys were quickly adopted by other industries and were used in the manufacture of light bulbs, surveying tapes, thermostats, and wires. Additionally, because they were a substitute for platinum, there were significant cost savings.

Throughout his life, he authored numerous books, including ‘Studies on Thermometry’ (1886), ‘Treatise on Thermometry’ (1889), ‘Units and Standards’ (1894), ‘X–Rays’ (1896), ‘Investigations on Nickel and its Alloys’ (1898), ‘The Life of Matter’ (1899), ‘Metrical Convention and the International Bureau of Weights and Measures’ (1902), His ‘Introduction to Mechanics’ was translated into a number of additional languages.

Charles Édouard Guillaume was a well-known scientist whose work in the fields of metrology and alloys is still remembered. He is credited with discovering the alloys ‘Invar’ and ‘Elinvar’.

He was the first scientist to receive an honorary degree from the Swedish Academy of Sciences for his metallurgical work.

He was awarded the John Scott Medal in 1914.

In 1920, he was awarded the Nobel Prize in Physics “for his contribution to precision measurements in physics through his discovery of anomalies in nickel steel alloys.”

Charles Édouard Guillaume married A. M. Taufflieb in 1888 and the couple had three children together.

The Estimated Net Worth of Charles Édouard Guillaume is unknown.