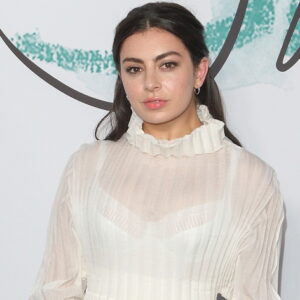 Charli XCX is the stage name of Charlotte Emma Aitchison, a British singer and songwriter. So far in her career, she has released two studio albums, two mixtapes, and two extended plays. She began her career at the age of sixteen, influenced by David Bowie, Donna Summer, Marilyn Manson, and Rihanna. ‘!Franchesckaar!’ and ‘Stay Away’ are two of her early singles. Alex Metric’s song ‘End of the World,’ which featured her voice, catapulted her to fame. She garnered a lot of attention once the song was broadcast on BBC Radio One. At the age of 20, she published her first studio album. ‘True Romance’ was a commercial success, reaching many charts. Her second studio album, ‘Sucker,’ was a worldwide success as well. It was a tremendous commercial hit, debuting at number 28 on the Billboard 200 in the United States. It charted in a number of other countries as well. Her EP ‘Vroom Vroom,’ which was recently published, also received a lot of attention. Charli has received numerous prizes throughout her career, including a Billboard Music Award and a Radio Disney Music Award.

Charlotte Emma Aitchison was born on August 2, 1992, in Cambridge, Cambridgeshire, England, to entrepreneur Jon Aitchison and former nurse and flight attendant Shameera Aitchison.
She attended Bishop’s Stortford College and grew up in Start Hill. She did, however, drop out of college in 2010. She went on to study at the University College London’s Slade School of Fine Art for a period.

Charli began creating music when she was 14 years old. She borrowed money from her parents and started working on an album. She began sharing tracks from her album on her ‘MySpace’ page in early 2008. Her music drew the attention of an illegal warehouse rave promoter.
She began going by the stage moniker Charli XCX and began attending raves. Her songs quickly became local hits, and she published the singles ‘!Franchesckaar!’ and ‘Emelline/Art Bitch’ shortly after. In 2010, she signed with Asylum Records.
Alex Metric’s vocals were included on the track “End of the World” published in 2011. She garnered a lot of attention once the song was played on BBC Radio One. ‘Stay Away’ and ‘Nuclear Seasons’ were her next singles. Both singles received a lot of attention.
‘Heartbreaks and Earthquakes,’ Charli XCX’s first mixtape, was released in May 2012. ‘Super Ultra,’ her second mixtape, was released in November 2012.
‘True Romance,’ her debut studio album, was released in April 2013. The album received favorable reviews from critics. In its first week, it sold 1,241 copies and reached number 85 on the UK Albums Chart.
Charli XCX started working on her second album right away. ‘SuperLove,’ which was released in November 2013, reached No. 62 on the UK Singles Chart.
She was soon featured on Australian rapper Iggy Azalea’s hit “Fancy.” The song reached number one on the Billboard Hot 100 in the United States. Charli also worked with a few other musicians at this period, including Ryn Weaver, Sky Ferreira, Neon Jungle, Rihanna, and Gwen Stefani.
Her album, ‘Sucker,’ was eventually published in December 2014 and went on to become a worldwide success. It debuted at number 28 on the Billboard 200 in the United States. It also earned positive feedback from critics. The album’s song ‘Break the Rules’ was a tremendous smash, charting in multiple countries. The magazine ‘Cosmopolitan’ named it the sixth best song of 2014.
She stated in July 2015 that she was working on her third album. She released her second EP, ‘Vroom Vroom,’ in February 2016, as a preview for the album. ‘Boys,’ the first song off her third album, was released in July 2017. It charted in a number of countries, topping a couple of them.

Charli XCX’s debut studio album was titled ‘True Romance.’ On April 12th, 2013, it was released. ‘Nuclear Seasons,’ ‘You (Ha Ha Ha),’ ‘Take My Hand,’ and ‘So Far Away’ were among the album’s tracks. It reached number 11 on the Australian Hitseekers Albums Chart, number 85 on the UK Albums Chart, and number 5 on the US Top Heatseekers Albums Chart. It received mostly positive reviews from critics.
‘Sucker’ was Charli XCX’s second studio album. On the 15th of December, 2014, it was launched. ‘Break the Rules,’ ‘London Queen,’ ‘Boom Clap,’ and ‘Famous’ were among the album’s tracks. The album was a big commercial success, reaching number 28 on the Billboard 200 in the United States. In its first week, it sold approximately 30,000 copies. It also charted in a number of additional countries. It received largely positive feedback as well.
‘Break the Rules,’ a song from Charli’s second album ‘Sucker,’ is without a doubt one of her most popular singles. The song was a major smash, and it was named the fifth best song of 2014 by ‘Cosmopolitan’ magazine. In addition, the song charted in a number other nations. It was released as the second single from her second album on August 19, 2014.

Charli XCX is rumored to be single right now. She has been in a relationship with Ryan Andrews in the past.

Charli XCX’s net worth is estimated to be approximately $10 Million.

She has a minor voice role in the American animated television series “Major Lazer” in 2014.