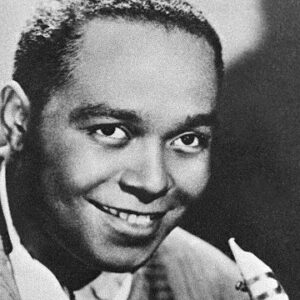 Charlie Parker was an American jazz saxophonist and composer who was born in Kansas City to a musician father and a charwoman mother. He was known to jazz fans as Yardbird or simply Bird. He was always interested in music and began playing the baritone horn while still in junior high. However, when he obtained his first saxophone at the age of eleven, it quickly became his favorite instrument. His father had abandoned them by that time, and the child began frequenting nightclubs by taking advantage of his mother’s nighttime responsibilities. He not only dropped out of school to pursue a career as a professional musician at the age of fifteen, but he also began abusing narcotics. He never had official music instruction and instead learned through listening to others play, which he supplemented with intensive practice and a desire to try new things. Soon after, he became well-known in jazz circles, and he co-invented the ‘bebop’ jazz style with others. Unfortunately, Charlie’s years of substance misuse caught up with him, and at the age of thirty-four, he died broke and penniless. He is regarded as the founder of bebop and one of the greatest musical innovators of the twentieth century.

Charlie Parker was born on August 29, 1920, in Kansas City, Kansas, as Charles Christopher Parker Jr. His father, Charles Parker, was an African-American musician, dancer, and singer, and his mother, Addie Parker, was a Native-American charwoman. Charlie was the only kid they had.

The family relocated to Kansas City, Missouri, in 1927, when he was seven years old. Charlie began his schooling at a public school in this town.

Charles Parker abandoned his family sometime between 1930 and 1931, and little Charlie was deeply affected by the event. He’d started playing baritone horn in the school band by this time. His mother bought him a saxophone to cheer him up.

His mother had him enrolled at Lincoln High School in September 1934. However, he had gotten too engaged in music to pay attention to his studies at that point.

While his mother was working as a night cleaner, he began to frequent the city’s nightclubs, listening to his saxophone hero, Lester Young. He finally dropped out of school in December 1935 and joined the local musicians’ union. He was fifteen years old at the time and already a drug addict.

Charlie Parker began playing in jam sessions with other city bands soon after. Even back then, he was far too excited about improvising, and his fingers frequently couldn’t keep up with the flood of ideas that poured in at breakneck speed, ending in mayhem.

He tried to improvise at a Reno Club jam session with Count Basie’s Orchestra in 1937 but failed terribly, losing track of the chords. Drummer Joe Jones, enraged, hurled a cymbal at his feet and demanded that he leave. He was humiliated, so he began practicing for fifteen hours a day, acquiring the principles and honing his skills. Later that year, he joined Buster Smith’s band and learned a great deal from him.

Charlie joined Jay McShann’s big band in 1938 and toured with them in New York and Chicago in 1939. Charlie opted to return to New York when the tour concluded.

In the city of New York

Charlie began his career in New York as a dishwasher at Jimmie’s Chicken Shack, where he earned $9 a week. There was a pianist there named Art Tatum, and Charlie sat and listened to him intently, absorbing a lot from his music. He began playing at various jam sessions and penny dance venues after that.

He had a stylistic breakthrough recently while working on a jam session with Biddy Fleet. That was later said by him. “I was able to play the sound I’d been hearing by employing the upper intervals of a chord as a melody line and backing them with correctly related changes.” I reawakened.

He stayed in the city for a year before moving to Chicago for a while before returning to New York. He learned that his father had died some time before, so he returned to Kansas City for his funeral and stayed for five months.
He rejoined Jay McShann’s band in Kansas and recorded his first album with the orchestra, “Honeysuckle Rose,” in 1941. He became well-known as a result of the band’s frequent radio appearances. During this period, he was given the nickname ‘Yardbird.’

In 1942, he recorded a few more songs with the band, including ‘Jumpin’ Blues,’ ‘Lonely Boy Blues,’ and ‘Sepian Bounce.’ At the same time, he began playing at Harlem jam sessions, where he met Dizzy Gillespie.
Charlie was sacked from McShann’s band sometime that year owing to the deepening of his drug problem. After a period of freelancing, he secured a job with Earl Hines’ band in December, thanks to Dizzy Gillespie’s recommendation, and began an eight-month stint with him.

He began dabbling with jazz music at an after-hours bar in Harlem with Dizzy Gillespie and a few other musicians. It eventually led to the formation of bebop.

Charlie Parker joined Billy Eckstine’s band when he started his own in 1944. He was soon followed by Dizzy Gillespie, and the two musicians continued their bebop experimentation.
Charlie started his own ensemble in 1945 while continuing to collaborate with Dizzy Gillespie. In the same year, he signed with Dial and collaborated with Kenneth Norville, better known as Red Norvo, on a series of records.

In the city of Los Angeles

Charlie Parker and Dizzy Gillespie went on a six-week tour to Hollywood in late 1945, performing at Billy Berg’s from December 10 to February 4, 1946. They were finally able to put the finishing touches on their bebop songs during this tour.
While this new style of jazz sparked debate, it also attracted a significant following. Despite this, Charlie chose to remain in Los Angeles once the tour ended, while Dizzy returned to New York.

Charlie Parker had developed a serious heroin addiction by this point. He had began drinking alcohol because it was not readily available in Los Angeles. He collapsed from drug and alcohol misuse in the summer of 1946, culminating in a six-month stay at T Camarillo State Hospital.

Return to the Big Apple

In January 1947, Charlie Parker was released from the hospital. He returned to New York after that and created a quintet with trumpeter Miles Davis, drummer Max Roach, pianist Duke Jordan, and pianist Al Haig.
He began performing with this tiny group at a variety of places in and around New York, including Three Deuces and the Royal Roost, as well as solo appearances. It was the start of a period of relative stability for him.

Later, he began touring major American cities. He continued to record with Dial until 1948, when he signed with Savoy Records and recorded ‘Parker’s Mood’ and other songs. He eventually moved to Mercury.

He made his first European tour in May 1949, performing at the Paris International Jazz Festival. Then, on November 30, he recorded a ballad album with a mixed group of jazz and chamber orchestra members, and he performed on the opening night of the Birdland in December.

In 1949-50, he made the majority of his popular records. ‘Relaxin’ at Camarillo,’ ‘Night in Tunisia,’ ‘Embraceable You,’ ‘Donna Lee,’ ‘Ornithology,’ and ‘Parker’s Mood’ were the most popular.
Meanwhile, in early 1950, he disbanded his quintet and began playing with a variety of tiny jazz ensembles. Later that year, he went on tour to Scandinavia, where he recorded songs including “Confirmation,” “Chi-Chi,” and “Bloomdido.”

He’s also been touring Cuba for a while, where he started experimenting with big string sections and Afro-Cuban rhythms. As a result, his album, ‘South of the Border,’ was recorded. It was recorded between March 1951 and January 1952 and featured his hit song “My Little Suede Shoes.”

In 1953, Charlie performed at Toronto’s Massey Hall with Dizzy Gillespie, Max Roach, Charles Mingus, and Bud Powell. Unfortunately, his addiction began to worsen from this point forward. It got to the point where he started arguing behind the scenes and even missed appointments.

He was soon regarded as unemployable, and after being caught for heroin possession, he was barred from performing in nightclubs for a year. To make ends meet, he began taking out loans and even pawned his saxophone for cash.

His mental and physical health began to suffer as a result of the cheap booze he ingested. He was sent to Belle vue psychiatric institution twice in 1954. He also attempted suicide out of desperation. He kept his artistic edge, nevertheless, and appeared in a number of theatre productions.

He made his final appearance at Birdland on March 4, 1955. During the performance, he got into an argument with Bud Powell, which resulted in a heated exchange on stage. He left the nightclub after that. This was his final performance.

Charlie Parker is widely known as the founder of bebop, a modern jazz style. It’s the outcome of experimentation he did in a Harlem after-hours club with trumpeter Dizzy Gillespie, guitarist Charlie Christian, pianist Thelonious Monk, and drummer Kenny Clarke.

To make bebop, they used jazz harmony and added additional “substituted” chords on top of it. They also changed the drummer’s pulse’s metronomic regularity and made other adjustments. Although it was initially panned by traditional musicians and audiences, it grew in popularity over time.

Charlie Parker married Rebecca Ruffin on July 25, 1936, while still a teenager and already addicted to narcotics. Francis and Leon were their two children. The marriage, however, did not last long. In 1939, he divorced her and relocated to New York City.
He married Geraldine Marguerite Scott, a dancer, on April 10, 1943. But, not long after they married, a schism developed between them, and he left her.

Charlie Parker married Doris Snydor in 1948, shortly after his release from T Camarillo State Hospital in Los Angeles. However, the marriage also ended after a year. This breakup, according to many, led to his second spell with heroin. He moved in with Chan Richardson, a model and dancer, in July 1950. She took his name and gave birth to two children, Pree and Baird, despite the fact that they were not legally married. Kim, Chan’s daughter, was also adopted by him.

Pree passed away in 1952. Charlie Parker clung to drugs even more in his anguish. Club owners are now refusing to hire him. He attempted suicide twice in 1954, both times unsuccessfully, by taking iodine. He’d also gotten an advanced case of cirrhosis at some point.
He had an ulcer attack in 1955 while visiting his patroness, Baroness Kathleen Annie Pannonica de Koenigswarter, in her suite at the Stanhope Hotel in New York City. She encouraged him to return, and on March 12, 1955, he died there.

He died of lobar pneumonia and long-term substance usage, according to an autopsy. He was 34 years old at the time, but the coroner who performed the autopsy estimated his age to be between 50 and 60 years old.
Despite his desire to be buried in New York City, his remains was taken to Missouri and buried in Lincoln Cemetery, as per his mother’s wishes. Graffiti artists in Harlem scrawled “Bird Lives!” on the walls. His music, in fact, continues to carry on his legacy.

Charlie Parker’s net worth is estimated to be in the range of $1 million to $5 million dollars. His primary vocation as a saxophonist has brought him a lot of money.

According to rumor, Charlie inadvertently hit a chicken while on tour with the band. Because chicken is a backyard bird, he was given the nickname Yardbird, which was then abbreviated to Bird. Another reason for his name is that he was said to be as free as a bird.