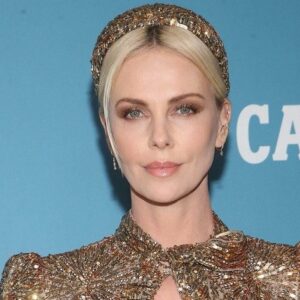 Charlize Theron is an Academy Award-winning actress who is acclaimed for her luminous beauty as well as her acting abilities. She is most recognized for her parts in the critically acclaimed films ‘The Devil’s Advocate,’ ‘The Cider House Rules,’ and ‘Monster.’ She is devoted to her work and would never consider sacrificing her attractive image for a role that demands her to appear filthy or unclean. Despite being one of Hollywood’s most attractive actresses, she eagerly accepted the unglamorous character of a serial murderer in the film “Monster,” for which she received numerous prizes and accolades, including the Academy Award for Best Actress. This bright woman did not have an easy road to success. She was born in South Africa and had a rough upbringing; her drunkard father was shot and died in self-defense by her mother. Despite the challenges, her mother pushed her to relocate to the United States and pursue her ambition of being an actress. In a strange encounter in a bank, she met a talent agent and quickly won a small part in a film. She eventually progressed to larger roles and became well-known in the late 1990s as a result of box office successes.

She grew up in South Africa as the only child of Gerda and Charles Theron. Her ancestors are of mixed ancestry.
Her father, an alcoholic who was violently abusive to her mother, was shot and murdered in self-defense.
She went to Putfontein Primary School and then to Johannesburg’s National School of the Arts. She is bilingual (Afrikaans and English).
She had always been artistically inclined and enjoyed dancing since she was a child. As a youngster, she obtained a modeling contract and traveled to Italy with her mother. For a year, she modeled all throughout Europe.
Her first love was ballet, and she enrolled at the Joffrey Ballet School to pursue her dream of becoming a ballerina. However, she was forced to cancel this plan due to a knee ailment. Instead, her mother urged her to seek a career in acting.

When she was 19 years old, she moved to Los Angeles to pursue an acting career. She met John Crosby, a talent agent, by chance in a Hollywood Boulevard bank. He put her in touch with casting directors.
In 1995, she landed her first film role. It was a non-speaking role in ‘Children of the Corn III,’ a direct-to-video film. The next year, in 1996, she got her first speaking role in ‘2 Days in the Valley.’ 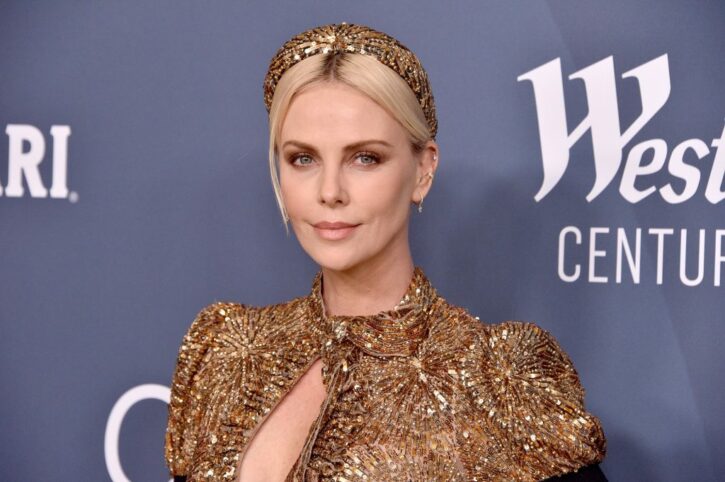 In 1997, she starred in ‘The Devil’s Advocate,’ a mystery thriller based on Andrew Neiderman’s novel of the same name. In addition to Al Pacino and Keanu Reeves, the picture featured Al Pacino and Keanu Reeves in leading roles.
Candy Kendall was her character in the 1999 film adaptation of ‘The Cider House Rules.’ The film was mostly well-received, and it was nominated for two Academy Awards.
In the romantic drama ‘Sweet November’ (2001), she teamed up with Keanu Reeves once more. The plot centers on a terminally ill woman and a man who is hopelessly in love with her.
In the 2003 crime thriller ‘Monster,’ she played serial killer Aileen Wuornos, a former prostitute turned murderer, in one of her most well-known roles. Her performance was praised by critics and she won several awards for it.
Britt Ekland was her character in the 2004 film ‘The Life and Death of Peter Sellers,’ which was based on the life of the English comic Peter Sellers. Stephen Hopkins directed the film.
In the drama film ‘North Country,’ she played Josey Aimes, the protagonist. She played a woman who speaks out against sexual harassment in the mine where she works. Her performance received an Academy Award nomination.
She produced and appeared in ‘Sleepwalking,’ a 2008 drama film about a 30-year-old man’s bond with his 12-year-old niece after she is abandoned by her mother. She starred as Sylvia in Guillermo Arriaga’s drama film ‘The Burning Plain’ in 2009. A multipart plot is knitted together in a non-linear narrative in the film.
‘Snow White and the Huntsman,’ a fantasy and adventure film released in 2012, included her. Despite mixed critical reviews, the picture was a big commercial success.

She is most recognized for her role in the crime thriller ‘Monster’ as serial killer Aileen Wuornos. In a compelling portrayal of the cold-blooded Wuornos, the gorgeous actress forsake her attractive appearance to play the criminal.

Jackson, her son, whom she adopted in 2010, is her only child.
Craig Bierko, Stephen Jenkins, and Stuart Townsend were among her previous boyfriends.
She is active with a number of charities. In 2007, she founded the Charlize Theron Africa Outreach Project (CTAOP) to aid African youngsters in their HIV/AIDS fight.