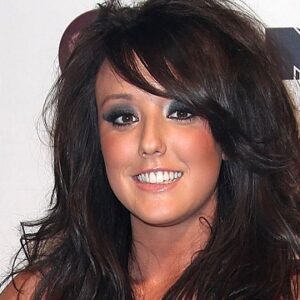 Charlotte Crosby is a well-known British reality personality who rose to prominence after appearing on MTV’s ‘Geordie Shore.’ Charlotte is a skilled actress who is known for her no-holds-barred approach and natural aptitude for acting. As evidenced throughout the screening of the show ‘Celebrity Big Brother,’ she is brazenly honest onstage and does not hide anything about her personality. Crosby’s USP is this one-of-a-kind trait, which has helped her earn immense popularity as a result of her honesty and candor. Crosby is well-liked by audiences of all ages and is known for being inherently funny. Crosby has added additional feathers to her cap with a slew of top-rated television dramas and reality series under her belt. To begin with, she is an established fitness expert, as evidenced by her super-popular DVD series. She is also a well-known writer and a successful fashion entrepreneur, having her own clothing line, ‘Nostalgia.’ Crosby’s fame continues to rise tremendously on social media, as she regularly uses her Twitter, Facebook, Instagram, and Snapchat accounts to acquire new followers.

Charlotte Crosby was born to Letitia and Gary Crosby on May 17, 1990, in Sunderland, Tyne & Wear, United Kingdom. Her early life and academic background are largely unknown.

Charlotte Crosby’s career got off to a great start in 2011. She was a founding cast member of MTV’s flagship show, ‘Geordie Shore,’ and a breakout sensation. Crosby had no idea that the show would forever affect the course of her life! It is now in its 14th series, and as of May 2017, it has become MTV UK’s most popular show.

Crosby became a household name thanks to the tremendous success of ‘Geordie Shore.’ She had a lot of fans and followers who wanted to see more of her. She presented the award for Best Male at the MTV Europe Music Awards in 2012. She featured on ‘The Sarah Millican Television Programme’ the next year alongside members of the ‘Geordie Shore’ ensemble.

Crosby was a contestant on Channel 5’s highest-rated reality TV show, ‘Celebrity Big Brother,’ in its twelfth season, which began in August 2013. Her frankness and no-holds-barred approach to life made her a popular character on the show. She eventually won the season, defeating Abz Love, the runner-up.

In addition to her roles in ‘Geordie Shore’ and ‘Celebrity Big Brother,’ Crosby has appeared in a number of other TV shows as a guest star. She has been on ‘This Morning’ and ITV’s ‘Celebrity Juice,’ ‘The X Factor,’ and ‘Britain’s Got More Talent,’ among other programmes.

She was a regular guest on ITV2’s ‘Fake Reaction,’ BBC3’s ‘Staying In,’ Channel 5’s ‘Most Shocking Celebrity Moments,’ Channel 4’s ’50 Funniest Moments,’ and ITV2’s ‘Utterly Outrageous TV Moments,’ among others. She also appears frequently on the Irish RTE show ‘The Late Late Show.’

Charlotte Crosby is a talented presenter who has hosted a number of notable events, including the BBC Radio 1’s ‘Teen Awards.’ She has also served as an anchor for MTV News on several occasions.

Crosby got her own flagship show, a reality series called “The Charlotte Crosby Experience,” on TLC UK in 2014. She traveled throughout the world for the show, immersing herself in a wide range of specialized and eccentric foreign cultures.

She had to live with some of the world’s most distinctive communities as well as spend time in other extreme cultures.

Crosby’s spectacular rise in her career allowed her to spread her wings even further, breaking free from the confines of the television screen to venture into other realms. Crosby first debuted her own immensely popular women’s apparel line, ‘Nostalgia,’ in August 2014 in collaboration with British online fashion shop ‘In The Style.’ Her collection was an instant popularity, and both celebrities and everyday women wear it. Crosby expanded her business by creating her first swimsuit collection for Nostalgia in early 2016.

Crosby’s inaugural fitness DVD, ‘Charlotte’s 3 Minute Belly Blitz,’ was released in December 2014 to rave reviews. The DVD starring ITV’s ‘The Biggest Loser’ star Richard Callendar and weight reduction specialist David Souter was a great hit, becoming the UK’s fastest-selling fitness DVD of all time! Upon release, the DVD topped the official sports and fitness chart, as well as the Official DVD charts. It became the sixth best-selling Fitness DVD of the decade in less than a month.

Crosby’s first fitness DVD was such a hit that she released a follow-up in 2015 called ‘3 Minute Bum Blitz.’ Even before its debut, ‘3 Minute Bum Blitz’ became the best-selling pre-order exercise DVD, replicating the popularity of its predecessor!

Crosby’s success as a fashion entrepreneur and fitness coach gave her the freedom to try other things, including writing. Crosby began her own column in the weekly ‘Star Magazine,’ putting her humor and journalistic skills to use.
‘ME ME ME,’ her autobiography, was released in July 2015. The book was a huge hit, spending five weeks at the top of the ‘Sunday Times’ Best Seller list. She followed it up with ‘Live Fast, Lose Weight: Fat to Fit,’ her first health and fitness book and her second overall. She included 80 recipes for a healthy lifestyle as well as some helpful fitness ideas and tactics.

Crosby also appeared in the second season of the reality show “Ex on the Beach” in 2015. She played the ex-girlfriend of fellow ‘Geordie Shore’ cast member Gary Beadle on the show. Later that year, she appeared on ‘Through the Keyhole,’ a comic panel game program.

Crosby’s most recent television appearances include her own show, ‘Charlotte Crosby’s Propa Mint Party,’ on Chart Show TV, where she aired a collection of her favorite music videos. ‘A Granny’s Guide to the Modern World,’ a Channel 4 documentary show, features her on a regular basis. ‘Tattoo Disasters U.K.,’ a documentary-reality series on Channel 5, included her as a narrator. She then starred as a buyer in the first season of ‘Celebrity Storage Hunters UK’ and in ‘Tipping Point: Lucky Stars.’

Her most recent television performances include a guest appearance on E4’s ‘In Bed with Jamie’ Christmas special. She made her radio hosting debut on Heat Radio on Christmas Day 2016, co-hosting an afternoon show with Lucie Cave.

Charlotte Crosby’s major break came in the form of MTV’s flagship show, “Geordie Shore.” Her fortunes changed for the better as she earned immense popularity as the show’s breakout star. The show’s popularity has grown to the point where it is now in its 14th season and is MTV UK’s most popular show ever. Crosby’s acting ability was praised by both critics and the general public.

Charlotte Crosby has been linked to a number of stars, including Gary Beadle, her ‘Geordie Shore’ co-star. Mitchell Jenkins and Crosby had an on-again, off-again relationship. She even had a brief relationship with Max Morley.

From December 2015 to April 2016, she was in a relationship with Gary Beadle, which resulted in an ectopic pregnancy. Her left Fallopian tube was removed as part of a life-saving procedure at St John and Elizabeth Hospital in London.