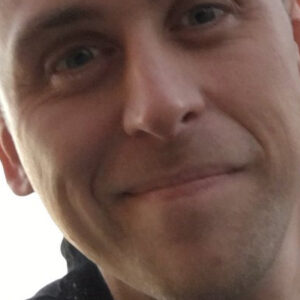 American YouTuber Chase Gilroy has become well-known for posting amusing videos on the platform. With more than 600 K subscribers and over 70 million watchers, his channel, “Gilroy Vlogs,” is very popular. There is a wide range of content on the channel, such as pranks, daily vlogs, vacations, and storytime videos. Another YouTube channel owned by Chase is mostly focused on technology. He frequently works with other YouTubers and pranksters like Dennis Roady and Roman Atwood.

Chase Gilroy has a deep love for electrical devices and has always been interested in photography and videography. Chase held a traditional office job prior to starting YouTube. He only took photos during his free time and pursued photography as a hobby. When he started viewing YouTube videos, things started to change. His brother-in-law Roman Atwood, a well-known YouTuber, further encouraged this. Chase was immediately attracted to the idea of making humorous videos and uploading them to YouTube. He was also delighted to learn that a career on YouTube may earn him good money in addition to fame.

Roman’s self-titled YouTube channel, which has now surpassed 10 million subscribers, served as an inspiration for Chase. Chase was invited to join Roman as his cameraman. Without hesitation, Chase accepted the offer and started making spoof films for Roman’s channel. Working with Roman taught him a lot, and he also began to appear in Roman’s videos.

He had already made up his mind to check out YouTube since he enjoyed the thought of getting paid to perform pranks on people. Gilroy Vlogs was the name of his first YouTube channel, which Chase started in January 2014, however, he never limited it to prank videos. A variety of content was uploaded by him, including daily vlogs, travel journals, Christmas vlogs, DIY videos, challenge videos, story time videos, and other things. He captivated a wide range of audiences with his varied content, which also contributed to the enormous viewership. Chase then quit his full-time job and started using YouTube. He now frequently uploads videos to the channel.

After some time, Chase started another channel for gadget geeks called “Gilroy Reviews and How To’s.” Chase updates his followers on the most recent technology by reviewing and demonstrating recently released devices. This channel hasn’t really taken off yet, though.

Chase participates in the live video community “Twitch,” where he frequently hosts live Q&A sessions. Even his virtual meet-and-greets with supporters took place on Twitch.

As was previously noted, Chase served as Roman Atwood’s cameraman for a considerable amount of time. On Roman’s first film as a director, “Natural Born Pranksters,” they both contributed. In addition, Chase oversaw the camera and electrical departments for the TV show “Roman Atwood’s Day Dreams.” He produced four episodes in all for the show.

Dennis Roady, the well-known YouTube prankster, and Chase’s best friend also had a significant impact on him. He was Chase’s first supporter. In addition to assisting him in producing high-quality videos, Dennis has also made appearances in several of Chase’s prank videos.

With one of his pals, Chase is now creating ‘Legends of Awesomes,’ his third YouTube channel, which will be a collaboration.

Florida is where Chase Gilroy was born on March 5, 1983. His upbringing was in Ohio.

Since September 2009, Veronica Gilroy has been his wife. She is also a YouTuber and the sister of Roman Atwood’s wife, Brittney Smith, a well-known practical joker.

Three beautiful children make Chase a proud parent. He has two boys, Colin and Carsen, as well as a daughter named Eliza. In 2015, Chase miscarried his fourth child. Chase and Veronica learned they would become parents once more in September 2015. Veronica miscarried the baby in her womb two months later. After the miscarriage, they even held a funeral for the unborn child, whom they named Cameron.

One of the wealthiest and most well-known YouTube stars is Chase. According to our research, Chase Gilroy has a net worth of $5 million, as reported by Forbes, Wikipedia, and Business Insider.