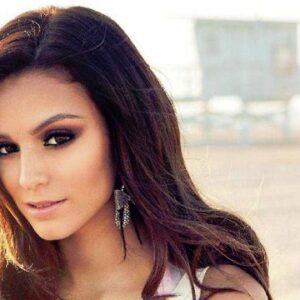 Cher Lloyd is an English singer, songwriter, and rapper whose debut studio album, ‘Sticks and Stones,’ catapulted her to international fame. ‘Swagger Jagger,’ the album’s lead song, not only debuted at number one on the UK Singles Chart, but also went on to become extremely famous in other areas of the world, signaling the young singer’s entrée into the international music scene. Cher was born into a family of musicians, and it didn’t take her long to figure out what she wanted to do with her life. She had an instinctive aptitude for performing in front of others since she was a small child, and she was an enthusiastic participant in school and neighborhood gatherings. She studied performance arts as a student and also attended Stagecoach, a theatre arts school. She pursued her dream by auditioning for the reality competition show ‘The X Factor’ several times before clearing the auditions in 2010. Her appearance on the show catapulted her into the spotlight. Despite being eliminated from the competition, she was able to secure a deal with Syco Music, which helped her start her singing career. Aside from her vocal abilities, the young singer is also recognized for having numerous tattoos on various places of her body.

Cher Lloyd was born on July 28, 1993, to Darren and Dina Lloyd in Malvern, Worcestershire, England. Josh, her younger brother, and sisters Sophie and Rosie are her three younger siblings. She used to travel throughout Wales in a caravan with her parents when she was a little girl.

She was born with a natural talent for music and a great desire to perform in front of an audience, even as a toddler. She went to Dyson Perrins High School and Stagecoach Theatre Arts School to study performing arts.

She had been performing at school gatherings and parties on a regular basis, but she wanted to take it a step further and play in front of larger audiences. As a result, she chose to audition for ‘The X Factor,’ a reality television music competition. She was repeatedly rejected before clearing the audition in 2010 with a performance of Keri Hilson’s “Turn My Swag On.”

During the first several weeks of the tournament, she was a standout performer, but she was eventually ousted in fourth place. However, she had gained a lot of popularity among the crowd and the judges by this point, and she managed to get the attention of executives at Syco Music, who signed her to a contract.

Cher Lloyd’s debut song, “Swagger Jagger,” was released in July 2011. The track reached No. 1 in the UK Singles Chart and No. 2 in Ireland. In the Netherlands, it debuted at number 79 on the Mega Top 100. ‘With Ur Love,’ her second song, and ‘Want U Back,’ her third single, also did exceptionally well.

‘Sticks and Stones,’ her debut album, was published in November 2011 and featured all of her previously released smash singles. The album debuted at number four on the UK Albums Chart and reached number seven in Ireland. In the United States, it reached number nine on the Billboard 200. Within a few months of its release, the album had sold millions of copies worldwide, establishing Cher as a burgeoning musical sensation.

Following the overwhelming success of her debut album, she immediately began work on her follow-up. However, due to unforeseen circumstances, the release of her second album was significantly delayed. On May 23, 2014, the album, suitably titled ‘Sorry I’m Late,’ was released.

While the album reached number 12 on the Billboard 200 chart in the United States and number 21 on the UK Albums Chart, it fell short of its predecessor’s chart success. Despite this, it went on to be a huge commercial success, even outselling its predecessor!

Cher Lloyd released her single ‘Activated’ in July 2016, which will be included on her upcoming third studio album. She was working on her new album as of May 2017.

Cher Lloyd’s debut album, ‘Sticks and Stones,’ which included the singles ‘Swagger Jagger,’ ‘With Ur Love,’ and ‘Want U Back,’ was a huge success in the UK, selling over 55K copies in its first week. It has sold over 700,000 copies globally to date.

In 2014, Cher Lloyd received the Teen Choice Award for Best Summer Song for ‘Really Don’t Care’ (Demi Lovato featuring Cher Lloyd), and in 2015, she got the Radio Disney Music Award for Best Musical Mashup – Best Collaboration for the same song.

Craig Monk proposed to Cher Lloyd in January 2012. In November 2013, they married in secret.
She is well-known for her tattoo collection, which includes a design of a cage containing a bird in honor of her late uncle.

Cher Lloyd has a net worth of $4 million. Cher Lloyd is a British singer and rapper. Her performance on the singing competition show “The X Factor” in 2010 catapulted her to popularity, and she has since gone on to achieve mainstream success in her music career.