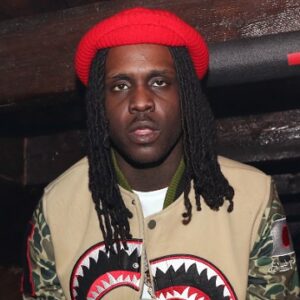 Chief Keef, born Keith Cozart, is an American rapper, record producer, and mixtape artist. While still a teenager, Keef became well-known among the local high school kids. He was a brash young man who was often getting into scrapes with other teenagers and the cops. His musical talent, on the other hand, made him a desirable commodity among record firms, who signed him when he was still a teenager. Keef originally signed a deal with Interscope Records before switching to 1017 Brick Squad. Keef eventually established his own record label, Glory Boyz Entertainment, which was ultimately renamed Glo Gang. Keef launched his first album, ‘Finally Rich,’ in late 2012, and it was an instant success, with chart-topping singles including ‘I don’t like’ and ‘Love Sosa.’ Despite his accomplishment, he continued to tamper with the law. Keef continued to make money by releasing mixtapes through his Glo Gang label. His legal difficulties have affected his career in the past, and he claims that it is now taking a toll on his job as a musician. Despite the fact that Keef intended for ‘Bang 3’ to be his second album, he released ‘Nobody’ in 2014.

Chief Keef was born Keith Cozart on August 15, 1995, in Chicago, Illinois, to a financially insecure household. His mother had him when she was 16 years old, and there is still no knowledge about his father.

His grandmother took over as his legal guardian and named him after his uncle who had passed away. Keef grew up in a predominantly black neighborhood on the city’s Southside.

He has stated that rap music has had a significant influence on him throughout his life, that he began rapping at the age of five, and that by the time he was in high school, he already had a sizable fan following made up of local high school students.

He used his mother’s Karaoke machine and blank tapes acquired from friends and neighbors to make music and mixtapes.

Keef was regarded to be a bright student who always received good grades. He began his education at Dulles Elementary School and afterward attended a therapeutic day school and Dyett High School.

He eventually became dissatisfied with school and dropped out at the age of 15 to pursue a full-time rapping and music career.

The Career of Chief

In 2011, Keef released his mixtapes in the open, attracting the attention of the local youth and his classmates. During this period, he was house arrested on suspicion of possessing illegal firearms, but he continued to upload movies to his YouTube account.

His videos became extremely famous because he was already a modest star in the area.
When Keef’s two-month house detention came to an end, WorldStarHipHop uploaded a video on their YouTube channel showing a young youngster laughing hysterically upon his release.

It was evidence of his growing popularity, as well as the fact that he was becoming well-known in professional circles. Keef’s single “I Don’t Like” became extremely famous in Chicago’s nightclub circuits, and it was then that he caught Kanye West’s attention, and his career was formally launched.

Kanye West was so taken by ‘I Don’t Like,’ that he decided to do his own remix of the song with Big Sean and Pusha T, among others. Keef became a coveted item among record labels throughout the summer of 2012.

Young Jeezy attempted to sign him to his CTE World label, but Keef refused. In terms of music, the year 2012 passed with flying colors.

Keef finally signed with Interscope Records in January 2013, which included a three-album deal as well as the formation of Keef’s own dream record company, Glory Boyz Entertainment. Gucci Mane said in the middle of 2013 that Keef would be a part of 1017 Brick Squad Records.

In mid-2013, he was seen on a track in Kanye West’s album ‘Yeezus,’ and was included in the song ‘Hold my Liquor,’ for which he received a lot of accolades from Kanye and the media.

In August 2013, Keef released his mixtape ‘Bang pt.2,’ which garnered mixed reviews. He began production on his third studio album, as well as a biopic, at the end of the year.

He played a song called “Fuck Rehab” with his cousin, Mario Hess, from his upcoming album “Bang 3,” and a few days later, he unveiled the official video for the single.

A few weeks later, Mario passed away, and Keef dedicated the song to him. This was also the time when Keef revealed that he will begin producing his own music.

Keef kept himself occupied in the interim by releasing his critically acclaimed mixtape ‘Back from the Dead.’ Later, he released ‘Big Gucci Sosa’ and ‘Back from the Dead 2’, which was fairly successful and was later made available for digital download.

He produced the majority of the tracks on the latter, which garnered positive reviews. While his ‘Bang 3’ was delayed, Keef released ‘Nobody’ in November 2014, which contained a Kanye West single and was well received by reviewers and listeners alike.

Keef announced his next studio album, ‘The Cozart,’ after the release of his next mixtape, ‘Sorry 4 the Weight,’ in early 2015. Keef was signed to FilmON music in the middle of 2015.

He used the rest of his time to perform in concerts and collaborate with other hip-hop artists. When Keef announced his retirement from rapping in March 2016, his followers got the shock of their lives.

Despite the news, he stayed busy, appearing in MGK’s single “Young Man” later that year and releasing the mixtape “Two Zero One Seven” in early 2017.

At the age of 16, Keef had a child with his then-girlfriend, with whom he had previously broken up. He went on to have two more children, and accusations continued to pour in, with many women claiming he was the father of their son. Keef did not answer the court filings, which only added to his problems.

Keef is always prepared for his family, and his record label, Glory Boyz Entertainment, has presented three of his relatives.

However, Keef was taken aback when his cousin, Mario Hess, died as a result of his family’s criminal background.
Keef is currently based in Los Angeles, where he thinks the nicest aspect of the city is the silence, as opposed to the chaos of New York City.

Throughout his adolescence, Keef was arrested numerous times. He was placed under house arrest in 2011 after being busted for heroin possession.

He was later arrested after allegedly shooting one of his fellow rappers. Apart from that, there are a number of issues such as parole violations, drug misuse, and marijuana use, to name a few. He is well-known for being the epitome of ‘Gangsta rap.’

Chief Keef is a millionaire rapper from the United States. Chief Keef’s net worth is believed to be at USD 1 million as of May 2017.

While still a student, Keef’s video “Bang” received 1 million views on YouTube, making him a viral hit.
Because of his creativity and strong sound, Kanye West lists Keef as one of his influences.