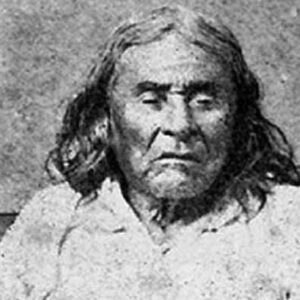 Leader Seattle was a notable American Indian chief of the Duwamish and Suquamish tribes in the nineteenth century. Sealth, Seathle, Seathl, or See-ahth are some of his other names. He was a well-known figure in his time, revered for his Native American wisdom and dedication to preserving the natural balance of the ancestral lands that belonged to his tribes. Much of his modern-day reputation originates from a well recognized remark ascribed to him in support of Native American ecological stewardship. However, the speech’s precise content is unknown, and much has been lost in translation and rewriting. Seattle, the son of the Suquamish tribe’s chief, was raised to be a leader from an early age. He was a fearless warrior who was legendary for conquering large armies of hostile tribal raids. It didn’t take him long to establish himself as a feared and respected leader after assuming the position of Chief. When European immigrants began conquering the indigenous territory, however, he progressively lost his powers. Knowing that defeating the more powerful Europeans was impossible, he preferred to build amicable connections with the newcomers, putting his tribes’ long-term safety first. In the state of Washington, he is commemorated by the city of Seattle.

Chief Seattle was born to Shweabe as Si’ahl, or ‘Sealth.’ His father was a member of the Suquamish tribe, and his mother was a Duwamish native who lived on Blake Island, Washington.

He was raised speaking two different Lushootseed dialects and was gifted with skill sets from both tribes.
It is thought that when he was appointed chief of the Duwamish tribe, he saw the ships of the Vancouver expedition as they explored the area around the Salish Sea, which is now known as Puget Sound.

He established himself as an authoritative figure and was known for his leadership abilities from an early age.

He defeated a lot of invaders and tribes from the Olympic Peninsula, which helped to enhance his leadership image. He ambushed a number of clans and eventually took control of six different tribes in the area.

Due to his height and towering presence, he gained the moniker ‘Le Gros,’ which translates to ‘The Big One.’
He commanded the Suquamish tribe in an attack near Port Townsend in 1847 that nearly reduced the rival tribe to ashes.

He lost one of his sons during this fight, which left him psychologically damaged, so he decided to be baptized.
As he grew older, he began to lose ground to the even more powerful Snohomish clan’s Patkanim, who fought the White Settlers when they attempted to claim their plots.

When Sealth and his tribes were forced to flee his country, he met and befriended David Swinson Maynard, a White Settler who assisted the chief in completing the primary plats for the town they were living in in 1853, which became known as ‘Seattle.’

He also assisted the chief in reaching an agreement with the surrounding tribes.
Seattle was a unique settlement in the North American Plains at the time, when Native Americans and White settlers coexisted together.

From 1854 to 1855, he served as the representative at a treaty council in Point Elliot, where he expressed his opposition to the White Settlers receiving 2.5 million acres of land.

His efforts, however, were ultimately futile, and he understood that the Whites were far more numerous, so he signed the contract. When the Duwamish were informed that they would not be given a reserve, unlike the Suquamish, problems occurred, making the former extremely bitter and resentful of Sealth. The ‘Yakima Indian War’ began as a result of this.

The chief refused to allow his tribe to join in the Battle of Seattle in 1856 because he thought that if they did, there would be tremendous violence between the Suquamish and Duwamish tribes.

He kept tight ties with the White Settlers and even began to form friendly contacts with other settlers in the area. Maynard, a friend of Sealth’s, persuaded the government to let Sealth to demolish his father’s longhouse at Agate Passage about this time.

He helped settle native issues near the end of his life and visited the new town that was named after him.

Sealth had a large number of brides from the village of ‘Tola’ltu.’ La-Dalia, a daughter from his first marriage, died in childbirth. With his second wife, Olah, he had four daughters and three sons.

At 1848, near Olympia, Washington, he was baptised as ‘Noah’ in a Roman Catholic Church.
He died in Port Madison, Washington, and was laid to rest in the Suquamish Tribal Cemetery.

In 1976, his grave was repaired, and in 2011 a Native American sculpture was put to the gravesite.
The Suquamish people, who still exist today, celebrate particular days known as ‘Chief Seattle Days.’
This renowned leader’s name was given to Seattle, one of North America’s major seaports.

Chief Seattle was honored with the naming of the ‘Chief Sealth Trail’ in 2012.

When this Native American leader from the Suquamish tribe spoke to an audience, his voice was said to be so loud that it could be heard from up to three miles away.