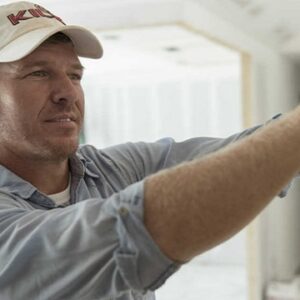 Chip Gaines is an American entrepreneur, reality television personality, and social media celebrity best known for being the face of the TV show “Fixer Upper.” Chip Gaines ventured into entrepreneurship after completing his studies at the prestigious ‘Baylor University,’ and became the founder of several successful firms. He later married Joanna and together they founded the company ‘Magnolia Homes.’ Chip Gaines hasn’t looked back since that fateful day. He has overseen the refurbishment of a number of properties throughout Texas. One of the reasons for the couple’s success is that they go above and beyond to ensure that their clientele are delighted. They reportedly take their clients through each stage of construction and maintain transparency throughout the renovation process. He and his wife were soon cast in an intriguing television series called ‘Fixer Upper,’ which received widespread recognition.

Chip Gaines chose to become an entrepreneur after graduation, and he went on to start numerous modest but successful businesses, including ‘Green and Gold Wash and Fold,’ a local Waco laundry service that caters to college students, a fireworks stand, and various landscaping enterprises. Joanna, his wife, opened Magnolia Homes, a home accessory store. The project grew, and they began rebuilding and repairing homes. Soon after, ‘Magnolia’ began a full-fledged foray into real estate, renovating a number of homes across the United States, particularly in the Waco region of Texas. Chip Gaines is in charge of the business side, while Joanna is in charge of the design. The duo rose to prominence in the real estate industry and later starred in the television show ‘Upper Fixer.’ The first episode of this television series aired on the HGTV channel in 2013 and was met with critical and commercial success. Chip Gaines has a reputation for routinely creating beautiful homes with excellent design sensibility.

Chip Gaines was born in Albuquerque, New Mexico, on November 14, 1974. His family is unknown, except for the fact that he has a sister named Shannon Gaines. He grew up in Colleyville and attended Grapevine High School for his main education. Chip Gaines enjoyed playing basketball in high school until he became preoccupied with studies and job. He continued his education at the prestigious ‘Hankamer School Of Business,’ which is linked with ‘Baylor University,’ and earned a degree in Marketing. In 2003, he married Joanna, an HGTV celebrity. Chip Gaines and Joanna were both students at ‘Baylor University,’ although they didn’t know each other at the time. Drake, Ella, Duke, and Emmie Kay are the couple’s four children.