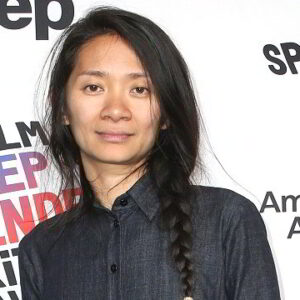 Chloe Zhao is a Chinese-American film director, screenwriter, and producer who is best known for films like “Songs My Brothers Taught Me” and “The Rider.” Chloe has been affected by Western pop culture since she was a toddler. Traditional Chinese traditions forbade such pursuits, but her rebellious attitude helped her become a budding filmmaker. She went to a boarding school in London and graduated from Los Angeles High School. She majored in political science in college then went on to the ‘Tisch School of the Arts,’ in New York, to study film production. She began her career with short films, making her debut in 2010 with the critically acclaimed short ‘Daughters.’ With the 2015 film ‘Songs My Brothers Taught Me,’ she made her feature film directorial debut, receiving critical acclaim at the Cannes and Sundance Film Festivals.

Zhao Ting was born in Beijing, China, on March 31, 1982, to Zhao Yuji, a former General Manager of a steel firm. Her mother was a nurse who worked in a hospital. Chloe grew up in an upper-middle-class Chinese family and was immersed in western society since she was a child. It had a significant impact on her during her formative years.
She had always been a disobedient child. She enjoyed narrating stories as well as reading them. She was also heavily affected by Japanese manga culture, which had a big influence on pre-boom Chinese pop culture. She wasn’t bright academically; she was a slacker who was constantly up to something creative.
She began viewing movies while she was in her teens. Wong Kar Wai, a Hong Kong avant-garde director, had a tremendous influence on her. She studied his work extensively and incorporated parts of his aesthetic style into her own future work.
China began opening up to the globe in the mid-1990s, and it was at this time that China became a major market for Hollywood films and music. She became a Michael Jackson fan after listening to his music. She had already envisioned herself as a storyteller at the time. She aspired to work as a manga artist.
Her parents sent her to a boarding school in London where she received her schooling. She then relocated to Los Angeles, where she completed her high school education.
She studied political science at Mount Holyoke College to better comprehend the world around her, but quickly realized that it was not for her. She subsequently traveled to New York and worked odd jobs for the following two years, including bartending.
She finally took her filmmaking career seriously and enrolled in the ‘Tisch School of the Arts,’ where she studied film production.

She created, directed, and produced a short film called ‘Daughters’ after finishing her film production degree at ‘Tisch.’ At national and international film festivals, the picture received acclaim. The ‘Clermont-Ferrand International Short Film Festival’ hosted its premiere. It also won the ‘Palm Springs International ShortFest’ for ‘Best Student Live Action Short Film.’ It was a significant start for the young writer/director, as it was her first try at filmmaking. At the 2010 ‘Cinequest Film Festival,’ the film was awarded the ‘Special Jury Prize.’
She completed her studies and began production on her first feature film, ‘Songs My Brothers Taught Me.’ It took her many years to raise enough money for the film’s production budget. She shot the movie in genuine places, primarily in a remote tribal region in South Dakota.
The narrative of a young guy from the ‘Lakota Sioux’ tribe and his relationship with his younger sister was told in the 2015 film ‘Songs My Brothers Taught Me.’ It was a simple short, but the film’s compelling characters drew the attention of juries at various film festivals.
The film had its world premiere as part of the prestigious ‘Sundance Film Festival’s’U.S. Dramatic Competition,’ where it gained widespread critical acclaim. The film was also nominated for the 31st ‘Independent Spirit Awards’ for ‘Best First Feature.’
It earned the ‘Art Cinema Award’ at the ‘Cannes Film Festival,’ where it was screened in the Directors’ Fortnight section.
She began production on her second feature picture, ‘The Rider,’ after being inspired by the success of her first. She funded the video with her personal savings and credit card money because she was unable to raise cash. Her then-boyfriend, who also happened to be the film’s cinematographer, helped to finance it in part.
She employed largely non-actors due to financial constraints. In 2017, the film was released to widespread critical and commercial acclaim. The contemporary western drama picture followed a cowboy named ‘Brady,’ who has a tumultuous connection with his family. The film premiered at the ‘Cannes Film Festival’ in the ‘Directors’ Fortnight,’ where she earned the ‘Art Cinema Award.’ The picture, which was made on a shoestring budget, grossed $3.4 million in theaters and gained international acclaim.
The success of the film provided her with the big break she had been yearning for, since it opened the doors to Hollywood. She was hired to direct ‘The Eternals,’ a big-budget Marvel superhero feature expected to hit theaters in 2020.
She’s also set to direct an untitled Amazon Studios biographical feature.

Joshua James Richards, a cinematographer, has been dating Chloe Zhao. On the film ‘The Rider,’ the two collaborated.
Chloe is a big fan of Hong Kong filmmaker Wong Kar Wai, and she always watches his film ‘Happy Together’ when she’s working on a project.

Chloe Zhao has an estimated net worth of $300 thousand.