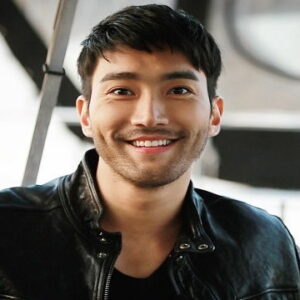 Choi Si-won is a singer, composer, model, and actor from South Korea. Choi has acted in South Korea, China, Hong Kong, and Taiwan as a member of the South Korean boy band ‘Super Junior’ and its Mandopop subgroup, ‘Super Junior-M.’ He’s done more acting assignments than music projects, in fact! He has gained critical recognition for his acting abilities and comedic character representations, and his fame as an entertainer has grown as a result of his pleasant demeanor and onscreen presence. He has volunteered for a lot of UNICEF initiatives, and in August 2017, after completing his two-year required military service, he volunteered for the UNICEF campaign ‘SMile for U’ in Vietnam. In collaboration with his agency, the campaign is a music education program for children with disabilities. Choi is a frequent guest on variety shows in South Korea, including ‘Love Letter’ and other popular shows. He is also a well-known face for product endorsements, having done so for a number of South Korean brands.

Choi Si-won was born in Seoul, South Korea, on April 7, 1986. Ji-won is his younger sister. Before becoming CEO of Boryung Medicine in 2011, his father was the President of Korean Slim Fashion. The Hyundai Department Store, one of Korea’s largest grocery chains, is also owned by Choi’s family. His father also owns a trading firm in Japan. His mother, too, runs her own business. In February 2006, he graduated from Apgu Jeong High School, and in February 2012, he graduated from Inha University. He can play the drums as well as the piano. He is a Taekwondo expert who formerly held the fourth position in the black belt as the youngest person in Korea.

Choi Si-won was spotted by an SM Entertainment talent representative while waiting for his buddies in front of his high school when he was 16 years old. He should audition for the company’s ‘Starlight Casting System,’ according to the agent. He auditioned without his parents’ permission. His parents agreed to let him sign a contract with SM Entertainment after he was chosen in the audition on the condition that he finish his studies. They also didn’t provide him with any financial assistance since they wanted him to be accountable for his behavior.

He moved into the agency’s dorms with other trainees and received singing, acting, and dance training. During his training, he appeared as a solo singer in a music video for The Grace’s “Dana” in 2003. In 2004, he made a brief appearance in the drama ‘Precious Family,’ and in 2005, he played young Kang Bong-man in the KBS drama ‘Eighteen, Twenty-Nine.’ He made his debut as one of the 12 members of the boy band ‘Super Junior,’ and later joined the group’s subgroup, Super Junior-M. He made his first official media appearance with bandmate Han Geng as one of the models in a fashion show by Bum Suk a few months before debuting with the band.

He appeared with the band on SBS’s music program ‘Popular Songs’ on November 6, 2005, and performed their first single, ‘Twins (Knock Out)’. On December 5, 2005, they released their debut album, ‘SuperJunior05 (Twins).’ In the drama ‘Spring Waltz,’ he played Park Sang-woo, a supporting role. He also made his acting debut in the Hong Kong epic film ‘A Battle of Wits,’ in which he played Liang Prince. When Kyuhyun, the band’s 13th member, arrived, the group abandoned the suffix ’05’ and became known as ‘Super Junior.’ On June 7, 2006, the 13-member group’s first CD single, ‘U,’ was released.

In 2007, he and other members of Super Junior were cast in the film ‘Attack on the Pin-Up Boys.’ He also appeared in MBC’s two-episode mini-series ‘Legend of Hyang Dan’ in the same year. In April 2008, he was reassigned to a seven-member Mandopop subgroup of ‘Super Junior’ for the Chinese music market, dubbed ‘Super Junior-M.’ On April 8, 2008, the trio debuted in China at the 8th Annual Music Chart Awards and released their first music video, ‘U.’ On April 23, 2008, Choi’s group releases their debut Chinese-language studio album, ‘Me,’ in China, and on May 2 in Taiwan. South Korea published a Korean version of the album with three Korean tracks on April 30, 2008. Modified versions of the album were released on May 2, 2008 in a number of Asian nations, including Hong Kong, Taiwan, Thailand, Malaysia, Japan, and others.

In 2010, he starred in the South Korean television series ‘Oh! My Lady,’ a romantic comedy produced by SBS. In the same year, he was cast as a data analyst and rookie elite agent in the big-budget spy series ‘Athena: Goddess of War.’ The show was a spin-off of the critically acclaimed drama ‘Iris,’ which premiered in 2009. He starred in the KBS action drama ‘Poseidon’ in 2011. In the same year, he starred alongside Ivy Chen and fellow band member Donghae in his debut Taiwanese drama, ‘Skip Beat!’ The anime was based on Yoshiki Nakamura’s Japanese shjo manga ‘Skip Beat!’ In 2012, he starred in the SBS drama ‘The King of Drama,’ in which he played Kang Hyun-min, a prominent figure.

He appeared in a variety of productions in 2015. He starred alongside Jackie Chan in the Hong Kong historical action film ‘Dragon Blade.’ Following that, he worked with Eddie Peng and Shawn Dou on the criminal thriller ‘Helios’ and the sports drama ‘To the Fore.’ He appeared in the Chinese romance drama ‘Fall In Love With You Again’ in the same year, as well as ‘Billion Dollar Heir,’ a Chinese version of the hit drama ‘The Heirs,’ which was published in 2013. In Korea, he played the second male lead in MBC’s romantic comedy ‘She Was Pretty.’ He will act alongside Kang So-ra in the forthcoming tvN drama ‘Revolutionary Love’ in October 2017. His first project after being discharged from the military will be the drama. He will play Byun Hyuk, an unemployed young man with no ambitions in life.

In December 2005, the album ‘SuperJunior05 (Twins)’ debuted at number three on the monthly MIAK K-pop album rankings. Within a month of its release, the album had sold over 28,000 copies and has already surpassed sales of 100,000 copies. He released a single for the drama, ‘Only You,’ in 2015, which went to number one on the music charts.

Choi Si-won is a fervent Protestant Christian who stated in an interview that he plans to become a missionary following his entertainment career. On his Twitter and Weibo accounts, he shares Bible quotes. ‘Third Wave Music,’ a Christian singing ensemble, with whom he has frequently collaborated. On November 19, 2015, he enlisted as a conscripted police officer for his mandatory military service, and he was discharged on August 18, 2017.
Since 2010, he has participated in numerous UNICEF projects.

He was chosen as the special representative of the UNICEF South Korea committee on November 12, 2015. Choi’s real estate business pursuits have cost him a significant sum of money. In September 2015, he bought a two-story building. He is now having problems with non-occupancy of the building after refurbishing it with a large loan amount. Eventually, he agreed to sell the building for a fraction of its market value.