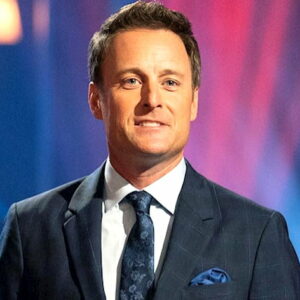 Chris Harrison is a game show host and television broadcaster from the United States. In 2002, he rose to stardom as the presenter of ABC’s reality dating show “The Bachelor.” The sitcom, which ran for its 24th season from January to March 2020, was a huge hit and opened the door for a number of spinoffs. Two of them, ‘The Bachelorette’ (which has been renewed for a sixteenth season) and ‘Bachelor in Paradise’ (which has been renewed for a seventh season), are still on the air with Harrison as the host. He has hosted a variety of other shows, including ‘Miss America Pageant’ and ‘Designers’ Challenge,’ in addition to the dating show. He also became the host of the nationally syndicated game show ‘Who Wants to Be a Millionaire?,’ for which he was nominated for a ‘Emmy’ award twice for outstanding game show host. He became an author in 2015, writing a book called ‘The Perfect Letter.’

Chris Harrison got his first hosting gig while still in high school at Lake Highlands. He was the MC (Master of Ceremonies) for the talent event and showcased his comedic abilities. Chris Wyche, OCU’s associate athletic director, recruited him to conduct play-by-play for the University’s basketball games while he was a student at OCU. The games were broadcast on KWTV Channel 9 in Oklahoma City, a CBS affiliate. He also covered serious news during this time, such as the tragic bombing of the city’s Alfred P. Murrah Federal Building in 1995. He began working as an anchor for TVG, a horse racing network, before the end of the decade. Following that, she hosted stints on HGTV’s ‘Designers’ Challenge,’ GSN’s ‘Mall Masters,’ and the TV Guide channel’s now-defunct ‘Hollywood 411,’ among others.
In the ABC television series ‘Sabrina the Teenage Witch,’ he made a guest appearance as a music program host in 2002. He also landed the most crucial program of his career, ‘The Bachelor,’ throughout the year. ‘The Bachelorette’ (running since 2003), ‘Bachelor Pad’ (2010-2012), ‘Bachelor in Paradise’ (running since 2014), ‘Bachelor in Paradise: After Paradise’ (2015-2016), ‘Bachelor Live’ (2016), ‘The Bachelor Winter Games’ (2018), and ‘The Bachelor Presents: Listen to Your Heart’ (2019) are all popular spin-offs of the ABC reality show (2020). Since its debut, ‘The Bachelor’ has had 24 seasons, the most recent of which aired in January-March 2020. Chris Harrison rose to prominence as the face of reality television dating.
Harrison hosted a number of shows for ABC in addition to hosting the dating and romance series. For numerous years (2011-2017), he presented the ‘Miss America’ pageant and co-hosted the ‘American Music Awards’ pre-show live on ABC (2008). He joined Disney-syndicated ABC’s version of “Who Wants to Be a Millionaire” in 2015 and served as host till 2019. In 2018 and 2019, he won coveted ‘Emmy’ nominations for Best Game Show Host for his work on the game show. When it comes to the Emmys, he’s also presented the ‘Emmys Red Carpet Live’ a few times.
‘Single Parents,’ ‘Hot in Cleveland,’ ‘Date Movie,’ ‘Celebrity Page,’ ‘Entertainment Tonight,’ ‘The Ellen DeGeneres Show,’ and ‘Jimmy Kimmel Live!’ are among the television programs, movies, and talk shows in which Harrison has appeared. He provided the voice for the animated comedy film ‘Charming,’ as well as a television commercial for Hulu TV.
Harrison’s debut book, ‘The Perfect Letter,’ was published by Harper Collins in May 2015. Despite the fact that the book was not well reviewed by critics, it was well accepted by his admirers.

Christopher Bryan Harrison was born in Dallas, Texas, on July 26, 1971, to Mary Beth Harrison, a real estate agent, and Steve Harrison, who worked at Ken’s Man’s Shop in Garland. Glenn Harrison is his older brother. The two brothers were heavily active in sports such as hunting, fishing, baseball, and soccer when they were younger. After graduating from Lake Highlands High School, he went on to Oklahoma City University on a soccer scholarship. He earned his bachelor’s degree in public communication in 1993.
He married Gwen Jones, whom he knew from college, about the same period. Joshua and Taylor are the couple’s two children. The couple chose to divorce in 2012 after 18 years of marriage; nevertheless, they remain friends and split custody of their children. Lauren Zima, the host of ‘Entertainment Tonight,’ is his current girlfriend. She also contributes to Harrison’s show, ‘The Bachelor and The Bachelorette,’ as well as her own, ‘Roses & Rose.’
His passion for soccer is evident in the fact that he spends much of his free time playing it. He has also developed a strong interest in golf. He also enjoys spending time with his two children in his spare time.