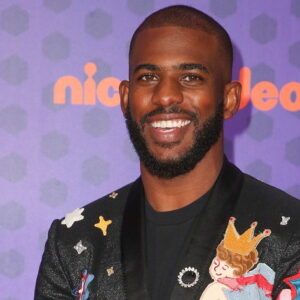 Chris Paul is a well-known American basketball player who presently represents the ‘National Basketball Association”s ‘Oklahoma City Thunder’ (NBA). Paul, who started his professional career with the ‘New Orleans Hornets,’ has also represented the United States in men’s basketball. At the Olympics, he helped his country capture two gold medals. Paul, who was born in Winston-Salem, North Carolina, has always been a sports fan. Although he was first more interested in football, he subsequently developed a fondness for basketball. He was, without a doubt, a fantastic player in high school. He spent two years at ‘Wake Forest University,’ where he excelled in college basketball and helped the ‘Demon Deacons’ reach the top spot for the first time. The ‘New Orleans Hornets’ drafted him into the NBA shortly after. He was a member of the team for six seasons before joining the ‘Los Angeles Clippers.’ He went on to lead the ‘National Basketball Players Association,’ a labor group that represents all NBA players. Despite being one of the most successful and well-paid basketball players, Paul maintains a humble demeanor and has declared that he owes all of his accomplishments to God.

Chris Paul was born Christopher Emmanuel Paul to Charles Edward Paul and Robin Jones on May 6, 1985, in Winston-Salem, North Carolina, USA. Charles Paul, his older brother, is his only sibling. Their father, a former athlete, taught Chris and Charles football and basketball.
He played basketball at ‘West Forsyth High School,’ where he excelled. Paul also worked part-time at a service station owned by his grandfather, with whom he had a very strong relationship.
Despite his modest stature in his early years, his basketball talents were always admired. Many institutions wanted to recruit him because of his outstanding achievement in high school, but he ultimately chose ‘Wake Forest University.’

Chris Paul’s grandfather was slain during a robbery in his home before he joined the prestigious ‘Wake Forest University,’ which has a long basketball tradition. He was quickly recruited by the ‘Demon Deacons’ of ‘Wake Forest,’ where he served as a team leader from the start.
He quickly garnered accolades such as ‘Atlantic Coast Conference Rookie of the Year’ as a result of his outstanding abilities. He set five freshman records in the categories of assists, steals, free throws, three-point percentage, and free throw %. Several reputable magazines ranked him the best player in the country.
After his sophomore season, he declared himself available for the NBA draft in 2005. The ‘New Orleans Hornets’ selected him in the first round. The ‘Hornets’ won a total of 38 games during his debut season with the team. His outstanding abilities and effort earned him the title of ‘NBA Rookie of the Year.’
Paul was named to the United States’ national squad for the 2006 FIBA World Championship, which was held in Japan. He contributed to his team’s bronze medal finish at the event. In the 2008 Olympics in Beijing, he was a member of the national squad once more. He put forth an outstanding performance to help his side win a gold medal.
For six seasons, he was a valuable member of the ‘Hornets.’ Before the start of the 2011-12 season, the ‘New Orleans Hornets’ and the ‘Los Angeles Clippers’ worked out a deal that saw Paul join the ‘Los Angeles Clippers.’
The team’s performance improved to some extent after Paul’s relocation to the ‘Los Angeles Clippers.’ He averaged 19.8 points, 9.1 assists, and 2.5 steals per game in his debut season with the organization. During the season, his performance was praised.
At the 2012 Olympics in London, he represented the United States once more. He led his squad to another gold medal with an average of 8.2 points, 5.1 assists, and 1.6 steals per game.
He also shone during the 2013 NBA All-Star Game, earning his first ‘NBA All-Star Game Most Valuable Player Award.’ Despite multiple injuries, he maintained a high level of performance while playing with the ‘Clippers.’ He was moved to the ‘Houston Rockets’ in June 2017 after six seasons with the ‘Clippers.’ Until 2019, he was a member of the ‘Houston Rockets.’
On July 16, 2019, the ‘Rockets’ traded Paul to the ‘Oklahoma City Thunder’ in exchange for Russell Westbrook. On October 23, 2019, he made his ‘Thunder’ debut. He had a near triple-double on December 16 while assisting his team to a win over the ‘Chicago Bulls.’

Chris Paul was named the ‘USA Basketball Male Athlete of the Year’ in 2004.
In 2006, he was named NBA Rookie of the Year. He was also chosen to the ‘NBA All-Rookie First Team’ that same year.
His most notable success was assisting his country squad to Olympic gold medals in 2008 and 2012. In 2006, he also assisted his national team in winning a bronze medal at the ‘FIBA World Championship.’

In September 2011, Chris Paul married Jada Crawley. Christopher Emmanuel II, their first child, was born in May 2009, and Camryn Alexis, their second child, was born in August 2012.
Paul purchased a minority investment in the Winston-Salem Dash, a minor league baseball team, in 2018.

His net worth is estimated to be approximately $120 million.