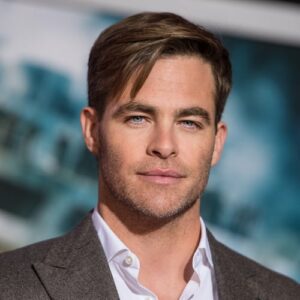 Chris Pine is an American actor who has been in films such as “Star Trek” and “Wonder Woman.” Chris comes from a family of actors; in addition to his father and mother, his grandmother was a well-known actress in her own right. Chris began his professional acting career in 2003, when he appeared in an episode of the popular television series ‘ER.’ He appeared in popular TV shows including ‘The Guardian’ and ‘CSI: Miami’ later that year. In 2009, he made his debut as ‘James T. Kirk’ in the television series ‘Star Trek’ (2009). In the film’s subsequent sequels, he reprised his role as ‘Kirk.’ He was also speculated to be playing the title role in the 2011 superhero film ‘Green Lantern,’ but the role went to Ryan Reynolds in the end. Despite losing the part to Reynolds, he continued to amaze critics with his acting skills. He then went on to star in a number of films, in which he played a variety of interesting parts. When he finally secured the character of ‘Steve Trevor’ in the 2017 film ‘Wonder Woman,’ his fame skyrocketed. The following year, he was cast in ‘Wonder Woman 1984,’ a sequel to ‘Wonder Woman,’ reprising his role as ‘Steve Trevor.’

Chris Pine was born Christopher Whitelaw Pine on August 26, 1980, in Los Angeles, California, to actor Robert Pine and actress-turned-psychotherapist Gwynne Gilford. Katie, his older sister, is his only sibling. Chris grew up in a household where script reads and cinema discussions were commonplace. His parents were also entertainers, thus he was exposed to the entertainment industry at a young age.
Chris had aspired to be an actor since he was a teenager, and he and his mother or father would frequently visit film sets in Hollywood. Initially, he was interested in sports, but as he progressed through high school, his focus switched to acting. Following high school, he got a B.A. in English from the ‘University of California,’ and studied acting at the ‘American Conservatory Theatre.’ Joining the ‘Williamson Theatre Festival’ had the greatest impact on him. He learnt the intricacies of acting at the ‘Williamson Theatre Festival.’

Chris began auditioning for TV jobs after leaving the theatre circuit, and landed minor appearances in shows including ‘ER,’ ‘The Guardian,’ and ‘CSI: Miami.’ He began making short films about the same period. By 2005, Pine had been in a number of short films as well as an indie picture called ‘Confessions,’ which was distributed straight to video. He later acted in another made-for-television picture, ‘Surrender, Dorothy.’ Following that, he received a big part in the film ‘Just My Luck,’ in which he co-starred with famed American actress Lindsay Lohan. The comedic picture was released in 2006, and Chris participated in a few additional films that year, including “Blind Dating” and “Smokin’ Aces.” In 2006, he was also chosen to play the lead in a one-man production called “The Atheist” in New York. His theatrical performance was well-received by reviewers and the general public. He then decided to act in a few plays because he wasn’t receiving the roles he wanted in Hollywood. In 2007, he appeared in the play ‘Fat Pig,’ in which he played the lead character’s best buddy and got critical acclaim for his performance. He played a prominent role in the 2008 film ‘Bottle Shock,’ and wowed the audience with his dramatic performance as a Napa Valley vintner. Pine had a very good year in 2009, as he received offers to play important roles in two films: ‘White Jazz’ and ‘Star Trek.’ Pine chose ‘Star Trek’ as his theme. The film received critical and financial accolades upon its debut in 2009, and Pine’s portrayal of James T. Kirk was praised. Following that, Pine was offered a slew of acting gigs.
Pine began appearing on many talk shows in order to promote the picture, the most notable of which being his performance on ‘Saturday Night Live.’ Later that year, Pine concentrated on his critically acclaimed play, “Farragut North.” He subsequently went on to play the Lieutenant of Inishmore in the play ‘The Lieutenant of Inishmore,’ for which he won the ‘Los Angeles Drama Critics Circle’ award for best actor. In 2010, he starred in another big-budget Hollywood action film, ‘Unstoppable,’ and the media hailed him as the new ‘A List star in the making.’ Pine teamed up with William Shatner for a documentary film about the role of ‘Captain Kirk’ in 2011. In May 2013, he resumed his role as ‘Kirk’ in the sequel to ‘Star Trek,’ ‘Star Trek Into Darkness.’ The film was a rehash of the prequel’s popularity. Pine portrayed the starring part of ‘Toby Howard’ in the Oscar-nominated 2016 picture ‘Hell or High Water.’ He was cast in the third installment of the reboot of the ‘Star Trek’ series, ‘Star Trek Beyond,’ the same year. Meanwhile, he began voicing a character in the animated series ‘SuperMansion’ in 2015, for which he received a ‘Emmy Award’ nomination in 2016. Pine narrated the National Geographic Channel’s ‘Breakthrough’ in 2017.
In mid-2017, he was cast in his most successful picture to date, ‘Wonder Woman,’ as ‘Steve Trevor,’ a ‘World War’ British agent and Gal Gadot’s love interest.’ Chris Pine received praise for his role of a British spy in the film, which was a tremendous commercial and critical success.
In the 2018 fantasy picture ‘A Wrinkle in Time,’ he played ‘Dr. Alexander Murry.’ In the same year, he starred in the historical action drama film ‘Outlaw King,’ in which he played Scotland’s King, Robert the Bruce. In the animated feature ‘Spider-Man: Into the Spider-Verse,’ he also voiced ‘Ultimate Spider-Man.’ In 2019, he co-starred in the critically praised six-episode TV series ‘I Am the Night’ with director Patty Jenkins. He also appeared in the documentary ‘Love, Antosha,’ which aired at the ‘Sundance Film Festival’ that same year.
In 2018, he was cast in the film ‘Wonder Woman 1984,’ reprising his role as ‘Steve Trevor.’ In 2019, he was cast in the action film ‘Violence of Action,’ in which he will play a pivotal part.

Despite coming from a religious household, Pine has declared in numerous interviews that he does not follow any religion and considers himself an agnostic.
Chris Pine was accused with driving while intoxicated in New Zealand in 2014 and had to pay a substantial fee to get out of the situation.
Due of their frequent public appearances, Chris Pine and Sofia Boutella were romantically linked. He was also linked to Annabelle Wallis, an English actress.

Chris Pine has a net worth of $30 million dollars.