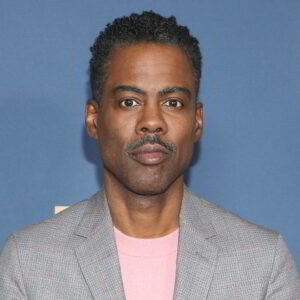 Chris Rock is a stand-up comedian, actor, director, producer, singer, and writer from the United States. He began his professional career as a standup comedian at the age of 19, performing in a variety of small New York City venues. While performing at a nightclub, Chris drew the attention of Eddie Murphy, the famed American comedian and actor. Murphy has offered Rock his first film part in ‘Beverly Hills Cop II.’ He got his first big break, though, when he was cast as a member of the cast of the comedy series ‘Saturday Night Live.’ His career began to reflect his versatility as he broadened his horizons by writing the screenplay for the film CB4 and starring in his first HBO series, Big Ass Jokes. During the 1996 Presidential election, he gained a lot of attention for his work as a commentator on Comedy Central’s talk show ‘Politically Incorrect.’ Following appearances in a succession of successful HBO comedy specials, his popularity and fame as an amazing standup comedian peaked. Shortly after, his fame began to diminish, and he returned to performing acts in small nightclubs, discussing provocative topics such as race relations, to try to revitalize his dying career. He returned with a bang, landing major roles in TV series and films.

Chris Rock was born on February 7, 1965, in Andrews, South Carolina, and his family moved to Brooklyn, New York City, shortly after. The family relocated to Bedford-Stuyvesant, a working-class area in Brooklyn, and settled there.
His father, Christopher Julius Rock II, worked as a newspaper deliveryman and truck driver, while his mother, Rose Rock, was a teacher at a mentally handicapped school. Chris Rock was the oldest of his parents’ four children, with three younger brothers named Jordan, Kenny, and Tony.

All three of his brothers decided to pursue jobs in the entertainment sector after him. In 1988, his father died of an ulcer. He also had an elder stepbrother named Charles, who died in 2006 after a long battle with dipsomania.
Chris has claimed that his paternal grandfather, Allen Rock, a parson by trade, had a big effect on his comedic approach. In the 1940s, his grandfather migrated from South Carolina to New York City and worked as a preacher and cab driver.

Chris Rock had to put up with blistering racial discrimination because of his skin tone because Brooklyn’s neighborhoods were dominated by white people who made up the majority of the population. He recalls taking a different bus to James Madison High School that only carried black kids.

White kids beat him up and tormented him on a regular basis, and the tyranny grew worse with time. He eventually dropped out of high school, but he did get a GED (general education diploma) certificate. During his school years, he had a traumatic experience with racism and intolerance, which had a profound impact on his career as a comedian.

Performing as a stand-up comedian

Chris Rock had odd jobs at fast-food restaurants and cafeterias after dropping out of school to make ends meet. In 1984, he began his career as a standup comedian by playing in New York City nightclubs and comedy clubs, including at ‘Catch a Rising Star.’ Eddie Murphy, Adam Sandler, Billy Crystal, and Jerry Seinfeld were among the many famous comedians and satirists who polished their abilities on ‘Catch a Rising Star.’ Chris Rock washed tables at ‘The Comic Strip Live,’ NYC’s oldest comedy club, for a short time in order to earn more onstage time.

Rock worked his way up through the ranks of New York City’s comedy industry, slowly but steadily. His early success and celebrity helped him secure tiny roles in films such as ‘Krush Grove,’ ‘Comedy’s Dirtiest Dozen,’ and ‘I’m Gonna Git You Sucka,’ as well as television series such as ‘Miami Vice’ and ‘Uptown Comedy Express.’

Chris was seen by Eddie Murphy, a well-known comedian, and actor while performing at ‘The Comic Strip.’ Murphy offered him the job of ‘playboy mansion valet’ in the 1987 film ‘Beverly Hills Cop II,’ which was his first movie role, after being impressed by his performance.

He was chosen to host ‘Saturday Night Live,’ the massively popular comedy series, in 1990, putting him on par with other newly hired cast members such as Adam Sandler, David Spade, Rob Schneider, and Chris Farley. In the following year, he released his first comedy album, ‘Born Suspect.’

From 1990 through 1993, he hosted a total of 59 episodes of ‘Saturday Night Live,’ during which time he rose to national prominence as a comic. Fans and critics praised his powerful and evocative performance of ‘Pookie,’ a cocaine addict in the film ‘New Jack City.’

Chris was privately intending to leave Saturday Night Live at the end of the 1992-93 season, but he was laid off and dropped abruptly before the season ended.

In the 1993-94 season of the comedy series ‘In Living Color,’ he appeared as a guest actor in a total of six episodes, but the show was canceled soon after. In 1993, he wrote, co-produced, and starred in the comedy film ‘CB4,’ in which he also played a double part.

‘CB4,’ while being built on a low budget, was a small blockbuster, grossing roughly three times the film’s budget. Chris went on to star in a series of HBO-sponsored comedy specials from 1994 to 2008, which helped him achieve extraordinary popularity and established him as a household celebrity in the entertainment business.

In 1994, he made his HBO-sponsored comedy show debut with ‘Big Ass Jokes,’ followed by ‘Bring the Pain,’ in 1996. His moving performance in ‘Bring the Pain’ earned him two Emmy nominations and cemented his reputation as one of the most skilled satirists on the American comedy scene.

When he was picked as a commentator for the late-night political talk show ‘Politically Incorrect’ to discuss the 1996 Presidential elections, his popularity skyrocketed. From 1994 to 1998, he was the voice of a puppet dubbed “Lil Penny” who appeared in Nike shoe advertising.

In 1994 and 2004, Chris Rock starred in two Time Warner HBO comedy specials, ‘Bigger & Blacker’ and ‘Never Scared.’ His appearances in the comic specials were lauded by mainstream American publications. From 1997 to 2000, he hosted 37 episodes of ‘The Chris Rock Show,’ cementing his reputation as a top comedian.

Chris conceptualized and executive-produced ‘The Chris Rock Show,’ as well as wrote the scripts for the episodes. In the show’s episodes, he interviewed notable figures such as popular leaders, legislators, and movie stars. For the program, he received 15 nominations and three Emmy Awards.

He released record versions of his critically acclaimed comedy specials ‘Bigger & Blacker,’ ‘Never Scared,’ and ‘Roll with the New,’ as well as a book titled ‘Rock This,’ which chronicled his comic performances. On September 27, 2008, he aired his fifth and final comedy special, ‘Kill the Messenger,’ for which he earned another Emmy.

Acting as a Career

Chricj Rock also demonstrated his abilities as a scriptwriter, director, and voiceover actor behind the scenes. Anthony Hopkins, Matt Damon, Ben Affleck, Renee Zellweger, and Salma Hayek are just a few of the famous Hollywood actors and actresses with whom he has worked.

In 2011, Rock made his Broadway debut in the play ‘The Motherfucker with the Hat,’ for which he received a Drama League Award nomination.

Work as a Television Producer Producer

Chris Rock was the narrator and executive producer of the comedy series ‘Everybody Hates Chris,’ which recounted his traumatic high school years in broad strokes. The UPN Television series, which aired from 2005 to 2009, received rave reviews and a slew of major nominations, including Emmys, People’s Choice Awards, and Golden Globes.

Everybody Hates Chris was a spoof of the hit sitcom ‘Everybody Loves Raymond.’

The controversy surrounding the Academy Awards

In 2005 and 2015, Rock emceed the 77th and 88th Academy Awards ceremonies, respectively, and was chastised for his provocative remarks and diatribes on both occasions. He mocked upcoming and established performers including Jude Law, Tom Cruise, and Denzel Washington during the 77th Academy Awards.

Malaak Compton and Chris Rock married in 1996 and divorced in 2016. He filed for divorce from Malaak Compton-Rock in December 2014. In 2016, the divorce was finalized. Lola and Zahra are the couple’s two daughters.

He began dating Megalyn Echikunwoke in 2016, but the couple apparently broke up after four years.

Chris Rock has a net worth of $60 million and is an American comedian, actor, writer, producer, and director. His net worth might be substantially higher, but he lost tens of millions of dollars in a divorce settlement with his wife of 20 years, Malaak Compton (reportedly as much as $40 million). After 20 years of marriage, they divorced in 2016.