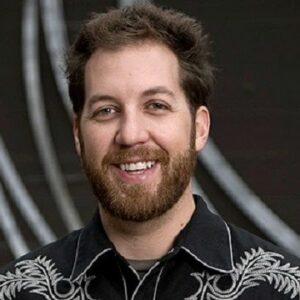 Chris Sacca is an American entrepreneur who used to be a venture capitalist, a lawyer, and a business advisor. He is best known for his early successful bets on technology companies like Twitter, Uber, Instagram, Twilio, and Kickstarter. When he first started investing when he was a student, he went into debt for $4 million. He eventually paid off his debts by getting a lot of jobs through The Salinger Group, which he had started. He was also very important to the early growth of Google, where he worked for four years as Head of Special Initiatives. Later, he started the venture capital firm Lowercase Capital, which helped fund many new companies and some that were already doing pretty well. He became known for being very involved in the projects he invested in, which helped him get more money from investors. People have said that his company is one of the most successful venture capital funds in history, and Forbes magazine has put him on its Midas list. He was the fourth richest shark on the reality TV show “Shark Tank” on ABC, where he was a guest shark.

He grew up in a Buffalo suburb with his younger brother, Brian Sacca, who later became an actor and comedian. As kids, the brothers did a lot of creative projects that their parents helped them with. They also went to science museums and book-reading events a lot.

He was good at math when he was in the sixth grade at Lockport High School, and he went on to study advanced math at the State University of New York at Buffalo for six years.

He went to Georgetown University in Washington, D.C., to study at the Edmund A. Walsh School of Foreign Service. When he graduated in 1997, he was named an Edmund Evans Memorial Scholar and a Weeks Family Foundation Scholar.

Chris Sacca started his career while he was still in law school. He used his student loans to start a business, but when it failed, he used the remaining money to trade stocks.

In 1998, he found a flaw in the software used by online trading brokers. By taking advantage of this flaw, he was able to turn 10–20 thousand dollars into $12 million in 18 months. But instead of getting his money back on time, he borrowed money from friends to invest.

When the market crashed, he was $4 million in debt. He knew that filing for bankruptcy would ruin his chances of becoming a lawyer, so he worked with his broker to make a plan for paying back his debts.

He moved to Silicon Valley and got a job as an associate at the law firm Fenwick and West. At night, he worked to pay off his huge debt. In late 2001, he was fired from the law firm as part of a large-scale cut. After that, he had trouble getting a job for a few years, even though he went to every networking event.

Frustrated, he finally decided to change his name and set up The Salinger Group, which was just a website with no way to get in touch with him. He even got a business card to go with it. By acting as a company, he was able to get consulting jobs that paid him regularly and gave him bonuses.

After working for a short time at Speedera Networks, he used his Salinger Group profile to get a job as Corporate Counsel at Google in November 2003. He reported to General Counsel David Drummond. As Head of Special Initiatives at Google Inc., he helped the company build data centers all over the world. He also worked with a group to make fake LLCs hide the company’s growth from Microsoft.

Chris Sacca was able to pay off his debts soon, and in December 2007, he left Google to become an angel investor in Silicon Valley. Sacca, unlike most venture capitalists, didn’t have a lot of money. He thought that being helpful would make up for it, so he took an active role in the companies he invested in to improve his chances.

He made his first angel investment in Photobucket, which was later bought by Fox’s parent company, News Corp. He then made a risky $25,000 investment in Twitter, which is said to have used up all of his savings. He was also a business consultant for companies like Automatic and Omnisio, helping them figure out how to run their businesses and find buyers.

In December 2007, he started the venture capital firm Lowercase Capital. Its purpose is to fund new businesses and give advice to companies that are already up and running. After the company did very well, he joined forces with Matt Mazzeo from the entertainment and sports agency Creative Artists Agency in 2013.

He was a guest shark on the 14th episode of the 7th season of ABC’s reality show “Shark Tank” on January 15, 2016. During the 7th and 8th seasons, he made a number of investments. In April 2017, he said that he was going to stop investing in startups, and he also quit the reality show.

Chris Sacca is best known for making risky investments that helped him turn a $4 million debt into a $1 billion fortune. Both “Fortune” and “Forbes” have said that his venture capital fund, Lowercase Capital, is one of the most successful in history.

Chris Sacca was one of the first Google employees to get the ‘Founders Award,’ which is the company’s highest honor. He was No. 3 on Forbes’ Midas list, and the magazine’s cover showed him in 2015.

Chris Sacca is married to Crystal English Sacca, who is a designer, artist, author, and philanthropist. They have three children together. In October 2014, he bought a Mediterranean villa for his parents to live in Palos Verdes Estates, which is in the South Bay area of Los Angeles.

He was a campaign surrogate and advisor on telecommunications, media, and technology for Barack Obama’s 2008 presidential campaign. After Obama won, he became co-chair of finance for the Presidential Inaugural Committee. He also helped Obama get re-elected in 2012 and voted for Hillary Clinton as the Democratic nominee in 2016.

Since Republican candidate Donald Trump became president, he has worked with a lot of charities and put money into many funds run by women and people of color.

In 2017, he was named in a New York Times report about sexual harassment, along with many other well-known Silicon Valley investors. He apologized in a statement.

Chris Sacca is an American who has a net worth of $1 billion. He invests in startups, advises on private equity, and speaks in front of groups. Chris Sacca was born in May 1975 in Lockport, New York. Brian Sacca, his brother, is a funny person.

Chris Sacca bought his famous cowboy shirt for the first time at an airport in Reno on his way to speak at an event. The good responses he got during the trip made him decide to buy out half the store when he got back.