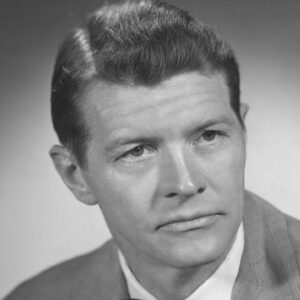 Christian Boehmer Anfinsen was an American biochemist who was awarded the Nobel Prize for his groundbreaking work on enzyme structure and the relationship between enzyme functions and amino acid sequence. William Howard Stein and Stanford Moore, two other American scientists, shared the prize with him. He came to the conclusion that the information about the tertiary structure of the enzyme is contained in the sequential structure of the amino acids present along the protein chain based on his experiments on the ‘ribonuclease’ enzyme. Many diseases, including Alzheimer’s disease, mad cow disease, cystic fibrosis, genetic emphysema, and various cancers, have been linked to his research. His early work with Steinberg focused on the non-uniform labeling of newly synthesized proteins, which later assisted Canfield and Dintzis in determining that proteins are synthesized sequentially from amino acids ‘in vivo’ and determining the rate of amino acid polymerization. In the mid-1950s, Anfinsen focused on the structure and function of enzymes, which led him to propose the ‘thermodynamic hypothesis,’ which explained how many proteins could refold to their native forms even after disulphide bonds were cleaved, disrupting the tertiary structure.

Carol was his sister’s name. Both of his parents were Norwegian immigrants who spent several years in Charleroi, Pennsylvania, before relocating to Philadelphia in the 1920s.

After receiving a scholarship to study chemistry, Anfinsen enrolled at ‘Swarthmore College’ and worked as a waiter in the dining hall.

In 1937, he graduated from ‘Swarthmore College’ with a B.S. degree and went on to the ‘University of Pennsylvania’ to pursue graduate studies.

He earned his M.S. in organic chemistry from the ‘University of Pennsylvania’ in 1939 and worked as an assistant instructor at the university during that time.

In 1939, he was awarded a fellowship by the “American Scandanavian Foundation” and moved to the “Carlsberg Laboratory” in Copenhagen, Denmark, to work on developing new methods for analyzing complex protein structures, particularly enzymes.

Due to the unfavorable conditions and horrors created in Denmark and Europe by the German occupation forces at the start of WWII, he was forced to return to the United States in 1940.

He was offered a university fellowship to study for his doctorate at the ‘Department of Biological Chemistry’ at the ‘Harvard Medical School’ after returning to the United States.

He graduated from the ‘Harvard Medical School’ with a PhD in biochemistry in 1943.

After receiving his PhD in 1943, Christian Boehmer Anfinsen spent the next seven years, from 1943 to 1950, teaching biological chemistry at the ‘Harvard Medical School,’ first as an instructor and then as an assistant professor.

He worked as a civilian researcher at Harvard’s ‘Office of Scientific Research and Development’ from 1944 to 1946.

After being sponsored as a Senior Fellow by the ‘American Cancer Society,’ he worked at the ‘Medical Nobel Institute’ in Stockholm from 1947 to 1948.

In 1950, he was named Director of the National Heart Institute’s ‘Laboratory of Cellular Physiology and Metabolism,’ which is part of the rapidly expanding ‘National Institutes of Health (NIH)’ in Bethesda, Maryland.  He held the position until 1954.

With the help of a ‘Rockfeller Foundation’ fellowship, he moved to Copenhagen’s ‘Carlsberg Laboratory’ in 1954 and worked for a year with Kaj Linderstrom-Lang.

With the help of a ‘Guggenheim Foundation’ fellowship, he studied at the ‘Weizman Institute of Science’ in Rehovot, Israel, from 1958 to 1959.

From 1962 onwards, he was a member of the ‘Weizmann Institute’ board of governors. Between 1954 and 1962, he developed the ‘thermodynamic principle’ of protein folding in enzymes.

He joined the ‘Harvard Medical School’ as a visiting professor in 1962 and was quickly offered the position of Chairman of the ‘Department of Biological Chemistry,’ which he accepted and held until 1962.

He used affinity chromatography methods to identify the amino acid sequence in enzymes between 1966 and 1968. He was offered the position of Chief Scientist of Taglit, a scientific research company founded by Yeda, the corporate arm of the Weizmann Institute, in 1981. E. F. Hutton withdrew his funding from the project, leaving Anfinsen jobless just two weeks after his arrival in Israel.

He was jobless for nearly a year before receiving an offer from ‘John Hopkins University’ in 1982 for the position of ‘Professor of Biology and Assistant to the President for Industrial Liaison.’

From 1983 to 1995, Anfinsen carried out research related to ‘hyperthermophilic bacteria’ which were microorganisms that survive at extremely high temperatures.

He was an editor for the journal ‘Advances in Protein Chemistry,’ as well as a member of the editorial boards of the Journal of Biological Chemistry and the Proceedings of the National Academy of Sciences.

In 1959, Christian B. Anfinsen published ‘The Molecular Basis of Evolution.’

For the academic year 1971–72, he was elected President of the ‘American Society of Biological Chemists.’ In 1972, he was awarded the Nobel Prize in Chemistry.

He was inducted into the ‘American Philosophical Society’ and the ‘Pontifical Academy of Sciences’ of the Vatican.

In 1965, he received ‘Honorary Doctor of Science’ degrees from ‘Swarthmore College,’ ‘Georgetown University,’ and ‘New York Medical College,’ and in 1967,.

In November 1941, he married Florence Bernice Kenenger, whom he divorced in 1978. From this marriage, he had two daughters, Carol and Margot, as well as a son, Christian.

In 1979, he married Libby Esther Shulman Ely, and they had four sons together: Mark, Tobie, Daniel, and David.
Christian B. Anfinsen died of a heart attack on May 14, 1995, in Randallstown, Maryland, at the age of 79.

The ‘Christian B. Anfinsen Award’ was established in 1996 to honor scientists whose contributions to protein research have resulted in significant technological advancements.

In his honor, the ‘International Conference on Protein Folding and Design’ was held from April 23 to April 26, 1996.

Christian Boehmer Anfinsen was a social and political activist who worked on issues such as environmental degradation, nuclear disarmament, and human rights violations against scientists.

The net worth of Christian is unknown.

Christian Boehmer Anfinsen was an avid sailor and went on boat trips on the Chesapeake Bay from Boston to Miami.