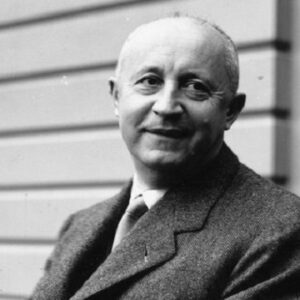 Christian Dior is the epitome of elegance, originality, and innovation. The House of Dior is a pioneer in the world of haute couture and one of the most recognizable names in fashion. Much of the credit for the brand’s success belongs to its founder, the famed fashionista and fashion designer – Christian Dior. Christian Dior, the man who envisioned it all, was a great dictator of style and fashion. His outfits passionately proclaim the brilliance of his artistic vision and his passion for fashion. At a time when the globe was still reeling from the effects of World War II, Dior created his legendary fashion house. His ‘New Look’ was all on extravagance and ultra-femininity. He brought luxury into women’s fashion by emphasizing elegance, structure, and grandeur. Though initially panned, Dior’s impossibly feminine show quickly became the talk of the town. Though he only designed for a decade under his own name, his influence is still felt now and will be for many more decades to come.

Christian Dior was born on January 21, 1905, in Normandy, France, to Maurice and Isabelle Cardamone Dior, a fertilizer producer. He was the couple’s second child, out of a total of five.

The Diors relocated to Paris when he was five years old. Despite his desire to be an architect, Dior gave in to his father’s push to become a diplomat. He enrolled in the École des Sciences Politiques to begin his studies in political science, as per the latter’s request.

Christian Dior’s love of art triumphed over his father’s wishes in 1928. He dropped out of school and opened a tiny art gallery with the money he received from his father. The gallery, however, did not last long and was forced to close during the Great Depression after his father lost control of the family business, Dior Frères.

Dior was able to make ends meet after the art gallery closed by selling his fashion sketches. He was hired by fashion designer Robert Piguet in 1937, and he was given the opportunity to design for three Piguet seasons. Dior learnt the finer points of design under Piguet’s tutelage.

When World War II broke out, Dior left Piguet to join the army in the south of France. Returning to Paris in 1941, he was engaged by couturier Lucien Lelong. Lelong’s couture house was well-known for dressing ladies who worked for both the Nazis and the French collaborators.

Christian Dior took the biggest step of his career in 1946, a step that would change the world of fashion and reaffirm Paris’ standing as the Fashion Capital of the World. Dior founded his own fashion firm, backed by textile maker and France’s richest entrepreneur, Marcel Boussac, and thus began a tradition that has lasted several decades.

With his debut collection, he demonstrated his love for art as well as his mastery of creating shapes and silhouettes. He established the ‘New Look,’ which replaced the World War II fashions’ fabric-conserving forms. Dior’s style was a celebration of richness and ultra-femininity.

He introduced long skirts, rounded shoulders, and tightened waists. His models had a very curvy figure thanks to his bustier-style bodices, hip padding, wasp-waisted corsets, and petticoats.

Surprisingly, the women who condemned his couture style for being excessively voluptuous and fat did not publicly appreciate his designs. Women had grown accustomed to the restrictions on the usage of fabric during the war that fabric waste felt needless. However, Dior’s ‘New Look’ gained popularity over time.

By 1948, Christian Dior had established himself as a household name. By this time, he’d secured rich licensing deals for fur, stockings, and perfumes, allowing him to dabble in every facet of fashion and style.

His collections were primarily focused on themes. While the 1953 Spring collection included a lot of flowy and floral designs, the 1955 Spring collection saw the introduction of ‘A-line’ fashion. The new ‘in’ thing in fashion was skirts/dresses with an indeterminate waist and a smooth form that spread over the hips and legs, mimicking the capital letter ‘A.’

Dior’s roots were broadened after his handsome victory over women’s ensembles. He perfected the technique of designing menswear, trompe-l’oeil detailing, and soft-to-hard juxtapositions, and incorporated them all into the current wardrobe.

He took a diversion from his regular path toward the end of his career. As he began designing chemises, tight tunics, and sari-like wraps, his exuberant aesthetic gave way to a more flexible silhouette and lifestyle.

In the postwar period, Christian Dior brilliantly altered women’s fashion and effectively re-established Paris as the fashion capital. He achieved incredible success and a cult-like following that spanned the globe. He rose to prominence as one of the most prominent couturiers of the century during his little more than a decade-long career.

His ostentatious gowns and lavish styles were in high demand. His name is still associated with high-end fashion and flair.

On October 24, 1957, Christian Dior died of a deadly heart attack while on vacation in Montecatini, Italy. Though the specific cause of his death is unknown, various ideas have been proposed.

Marcel Boussac dispatched his private plane to Montecatini to transport Dior’s body back to Paris after his death. A funeral was held, with around 2,500 persons in attendance. Dior was laid to rest in the Cimetière de Callian, a cemetery in Var, France. Dior’s house was earning more than $20 million per year at the time of his death.

Singers and songwriters have mentioned his name in a number of tunes. ‘Christian Dior,’ a B-side of Morrisey’s 2006 single ‘In the Future When All’s Well,’ and Eva Peron’s song ‘Rainbow High,’ from the film ‘Evita,’ are two examples.

‘Christian Dior Denim Flow,’ a single by Kanye West, was released in 2010. In three other songs, West mentioned Dior: ‘Devil in a New Dress,’ ‘Stronger,’ and ‘Barry Bonds.’

Christian Dior was a French fashion designer with a $10 million net worth.