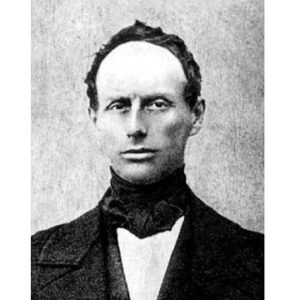 Christian Doppler was an Austrian mathematician and physicist who developed the ‘Doppler Effect,’ which asserts that the measured frequency of a wave is proportional to the relative speed of the source and observer. Doppler was born into a stonemason family among the middle class. He had been in poor health since boyhood, making him ineligible for a stonemason’s job. He was sent to Vienna at the age of 18 to study at the Polytechnic Institute so that he may be trained for a different business. However, it was during this time that Doppler discovered the value of education. As a result, he went home to finish his gymnasium studies before enrolling in the University of Vienna, where he eventually graduated at the age of 26. Following that, he maintained a variety of academic positions and published a number of publications, first in mathematics and then in physics. His most famous work, ‘Doppler Effect’ or ‘Doppler Shift,’ was published when he was thirty-nine years old. Unfortunately, he did not live long and died of a lung ailment at the age of 49.

Christian Andreas Doppler was born on November 29, 1803, in the Salzburg neighborhood of Makart Platz. The square was then known as Hannibal Platz, after Prince Archbishop Wolf Dietrich’s brother, Hannibal von Raitenau.
Johann Evangialist Doppler, his father, was a well-to-do stonemason. Therese Doppler, his mother, was the daughter of a comb maker from the middle class. She had brought in a sizable dowry, increasing the family’s riches and allowing them to live comfortably.

Christian’s early life information is similarly limited and ambiguous. Christian’s elder brother Johann, on the other hand, was predestined to inherit the family business, and his father had planned for him to follow in his footsteps.
He indicated in the 1804 trade licensing registration that he would not utilize the second licensed stonemasonry he had purchased for 600 guilders in 1797, but would “someday transfer it over to a son.” He must have been referring to his second son, who was born the previous year.

Christian’s frail constitution made him unsuitable for the job of stonemason. Nonetheless, he shown some talent in the profession, and his father thought he would pursue it one day, maintaining the license for him until 1821 before passing it on to Johann, his eldest.

Christian’s schooling must have started at home. In 1816, he enrolled at the German School in Salzburg, according to the first publicly known evidence. In 1819, he enrolled in Linz’s Standard School for a year before enrolling in a business apprenticeship programme in 1821-1822.

In the autumn of 1822, 18-year-old Christian entered in Vienna Polytechnic Institute with mathematics and physics, presumably on the advice of Simon Stamper, a professor of mathematics at the Salzburg Lyceum. The course was supposed to give him the practical experience he needed to establish his own firm.

His father died in January 1823, just a few months after he attended the Institute. His mother, on the other hand, remained to support him, therefore it had no direct effect on his studies. As a result, he returned to the Institute to continue his studies.

Despite the fact that he excelled in his academics, he felt the curriculum was far too one-sided. It is unknown whether he graduated from there; but, in 1825, he returned to Salzburg, where he decided to complete his education with his mother’s approval.

He studied privately because he was over the age limit, while also earning money by teaching mathematics and physics at the Lodron-Rupertinisch-Marianischen Collegium. It enabled him to pay his school’s tuition costs.

We know he sat the third year test on May 23, 1826, according to the Salzburg Gymnasium records, and received a good mark in religion, Latin, and Greek, as well as ‘outstanding’ grades in mathematics, geography, and history. After that, he studied philosophy at the Salzburg Lyceum for another year.

Christian Doppler entered at the University of Vienna in 1827, majoring in mathematics, mechanics, and astronomy, and graduated in 1829. He was 26 years old at the time and remained reliant on his mother.

Christian Doppler was hired as an assistant to Adam Burg, professor of advanced mathematics and mechanics at the Vienna Polytechnic Institute, shortly after graduating from the University of Vienna in 1829. Burg was from Salzburg, therefore it’s likely he was involved in the appointment.

Doppler authored four mathematics papers while his assistantship at the Vienna Polytechnic Institute, the first of which was titled “A contribution to the theory of parallels.” However, it was only a transitory position, and he only stayed until 1833. Meanwhile, he maintained his search for a long-term job.

Getting a permanent career in academia at the time was extremely difficult. Before an appointed commission, it included a lengthy written test as well as a brief probationary lecture on any unpredictable topic. Furthermore, indicators of higher education worked against the candidate.

Doppler applied to the Vienna Polytechnic’s chair of advanced mathematics, as well as schools in Linz, Salzburg, Gorizia, and Ljubljana. He applied for a position as a professor of mathematics at the Technical Secondary School in Prague on March 23, 1833, but received no response.

Doppler had a particularly difficult time between 1833 and 1835. When he was forced to return to Salzburg, he made a living as a bookkeeper at a cotton spinning machine. He felt disillusioned with his prospects in Austria after 18 months and decided to migrate to the United States.

He began preparing for the expedition by selling his belongings and paying a visit to the American Consul in Munich. But, just as everything was coming together, he received a call from Prague’s Technical Secondary School, inviting him to join a position for which he had applied two years before.

Despite Doppler’s appointment as a professor of arithmetic, algebra, theoretical geometry, and accounting at the Technical Secondary School, he was dissatisfied. He applied for a job at the Polytechnic in Prague but was initially unsuccessful.

Doppler delivered a speech to the Royal Bohemian Society of Sciences in 1842. In the same year, he published “Über das farbige Licht der Doppelsterne und einiger anderer Gestirne des Himmels,” his most famous work (On the colored light of the binary stars and some other stars of the heavens).

It was quite demanding to teach at the Polytechnic. Despite this, during this time, Doppler wrote over 50 works in the fields of mathematics, physics, and astronomy. His weak health could not withstand the strain, and he became ill in 1844, spending the next two years on sick leave.

He returned to his duties at the Polytechnic in Prague in 1846, but due to certain professional difficulties, he began looking for a new position. He had already become well-known for his 1842 work, so he didn’t have to wait long.

In 1847, he became Bergrat and Professor of mathematics, physics, and mechanics at the Academy of Mines and Forests in Banská tiavnica (Selmecbánya in Hungary), which was then under the Kingdom of Hungary. The revolution that erupted in 1848, however, cut short his reign.

Doppler escaped to Vienna in 1849, where he was named Director of the Institute for Experimental Physics at the University of Vienna by imperial order on January 17, 1850. His stay was cut short this time due to sickness, and he went on sick leave, never to return.

Christian Doppler is best known for his Doppler’s Effect principle, which he proposed in his 1842 book. Color is an expression of the frequency of the light wave as viewed by the beholder, according to the Doppler Effect. He went on to say that if either the source or the observer is moved, the frequency shifts.

Doppler became an associate member of the Königliche Böhmische Gesellschaft der Wissenschaften (Königliche Böhmische Gesellschaft der Wissenschaften), Prague, on June 20, 1840, and a full member on November 5, 1843.
He was elected to Vienna’s Imperial Academy of Sciences in 1848. He obtained an honorary doctorate from the University of Prague in the same year.

Christian Doppler married Mathilde Sturm, daughter of Franz Sturm, a middle-class jeweller, in 1836. She remained by her husband’s side throughout his life, providing him with the necessary support anytime he encountered a challenge. Three sons and two daughters were born to the marriage.

In Prague, Doppler had developed a chest issue. When he returned to Vienna in 1849, his health began to deteriorate. He moved to Venice in November 1852, believing that the warmer environment would help him heal, but it did not.

By March 1853, his condition had worsened even further, and he was sinking at a rapid rate. Mathilde, who had remained in Vienna with their five children, went to Venice after hearing the news.

Doppler died of lung illness on March 17, 1853, in Venice, when he was 49 years old. He is buried right inside the gate to the San Michele cemetery on the Venetian island of San Michele.
Asteroid 3905 Doppler and Lunar Crater Doppler, both located at 12.6° S 159.6° W, are named after him.

Christian is one of the wealthiest physicists and one of the most well-known. Christian Doppler’s net worth is estimated to be $1.5 million, according to Wikipedia, Forbes, and Business Insider.

Doppler had Gregor Mendel, subsequently renowned as the founding father of genetics, as one of his students at the University of Vienna in the 1850s. Doppler, along with Franz Unger, is said to have had a significant influence on Mendel’s development.