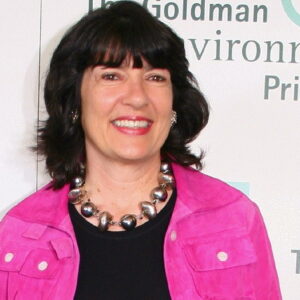 Christiane Amanpour is a television personality and a well-known British-Iranian journalist. She is presently the top foreign correspondent for CNN. She also hosts the program ‘Amanpour,’ in which she interviews influential figures on global challenges. She began her work at CNN in Atlanta as an entry-level assistant and quickly rose through the ranks to become a reporter and then a correspondent. Her reporting during times of turmoil in war-torn countries made her a huge hit with the public. She covered the Gulf War, Saddam Hussein’s trial, and the siege of Sarajevo. She’s also reported on wars and events in Afghanistan, Bosnia and Herzegovina, Iraq, Rwanda, and Saudi Arabia. Aside from that, she has covered a number of humanitarian events, including the Haiti earthquake and Hurricane Katrina. She has received numerous journalism honors and is a UNESCO Goodwill Ambassador for Press Freedom and Journalist Safety. She zealously defends the rights of the oppressed and the defenseless. She has received a CBE from the Queen, has been named one of Forbes’ 100 most powerful women, and has been inducted into the Cable Hall of Fame.

Christiane Amanpour was born in London on January 12, 1958, to Mahmoud and Patricia Amanpour. Her family relocated to Tehran shortly after she was born, but she returned to England when she was 11 years old to attend the Holy Cross Convent School in Buckinghamshire, where she eventually attended the New Hall School.
The Amanpour family left Iran after the Islamic Revolution began and moved in England. Christiane went to the University of Rhode Island to study journalism and graduated with honors summa cum laude and Phi Beta Kappa in 1983.
Christiane Amanpour knew she wanted to be a journalist since she was a child. Internships at the university radio station and a local commercial television station provided her with her first reporting experiences. She also interned with the BBC for a short time, and her work was featured on Radio 4’s The World Tonight.

Christiane Amanpour began her career as an NBC affiliate in Rhode Island before joining CNN in September 1983 as an entry-level assistant on the foreign news desk. She quickly moved to the New York City bureau and then to Frankfurt as a reporter when a position became available.
Her move to Frankfurt had a significant impact on her career. She covered the democratic revolutions sweeping Europe and quickly rose to become CNN’s go-to reporter.
She began covering the Gulf War in 1990 and quickly became a recognized figure, covering everything from the Iraqi invasion of Kuwait through the US coalition’s victory. Her hard work and tenacity were quickly recognized, and she was invited to cover other nations. She also covered the Iraqi Kurdish uprising.
She traveled to Bosnia and Herzegovina to chronicle the violence in 1992. She was promoted to CNN’s chief international correspondent as a result of her daring and bravery. Her tour to Bosnia and Herzegovina, as well as her coverage of the country, she considers to be the pinnacle of her career.
Amanpour continued to report from the field in various countries between 1992 and 2010, including Iraq, Afghanistan, Iran, Israel, Pakistan, Somalia, and Rwanda. She was successful in obtaining exclusive interviews with world leaders.
From 1996 until 2005, she was invited by Don Hewitt to provide four or five in-depth international news stories per year as a special contributor. Her reporting not only helped her to become more successful, but it also helped her to win more prizes.
After the 9/11 attacks, she was the first correspondent to interview Tony Blair, Pakistani President Pervez Musharraf, and Afghan President Hamid Karzai. ‘Colonel’ Muammar Gadhafi, Libya’s former leader, was interviewed by her during the Arab Spring. She was also the final journalist to speak with Egyptian President Hosni Mubarak.
Interviews with President Nicolas Maduro, President Dilma Rousseff, Constantine II of Greece, Ameera al-Taweel, Tom Hanks, and Meryl Streep are among her other coverage and exclusives. Her most difficult interview was with Sudanese President Omar Hassan al-Bashir.
‘Where Have All the Parents Gone?’ (2006), a documentary about Kenyan children orphaned by AIDS, is one of her many award-winning documentaries. ‘In the Footsteps of bin Laden’ (2006) and ‘The War Within’ (2007) were documentaries that explored the climate of Islamic unrest in the United Kingdom. Amanpour revealed in March 2010 that she will be joining ABC News and leaving CNN after 27 years on the network. She was the host of ABC’s ‘This Week.’ When she was the anchor, however, the show’s ratings plummeted.
In December 2011, she stated that she would resign from her position and return to CNN International. She does, however, continue to work for ABC News as a correspondent. She continues to be a part of both networks. She is an ABC News global affairs anchor and CNN International’s chief correspondent.
Her show, ‘Amanpour,’ was resurrected in 2012. It was first shown between 2009 and 2010. The programme is CNN International’s premier global affairs interview program, in which current events and the implications of human activity are examined in depth.

Christiane Amanpour hosts the show ‘Amanpour,’ which has been on the air for more than 5 years. She debates and discusses topics affecting the globe now and its implications for the future with global leaders and decision-makers. PBS is presently airing the show.

In her successful career as a journalist, Christiane Amanpour has received numerous important accolades, including The Fourth Estate Award, two George Foster Peabody Personal Awards, the Goldsmith Career Award, and the Paul White Award.
She holds multiple honorary degrees and awards, including an Emory University Honorary Doctor of Humane Letters degree, a University of Michigan Honorary Doctorate degree, and a University of Southern California Honorary Doctorate of Humane Letters degree.
For her achievements to journalism, the Queen awarded her a Commander of the Order of the British Empire (CBE) in 2007. Her reporting and journalism were praised for being incisive and hard-hitting.
The Association for International Broadcasting named her the 2015 TV Personality of the Year. She is also the Director of the Committee to Protect Journalists’ board of directors and a Fellow of the Society of Professional Journalists. Personal History and Legacy

In 1998, Christiane Amanpour married Assistant Secretary of State for Public Affairs James Phillip Rubin. In 1997, the couple met in Bosnia. He was traveling with Secretary of State and she was on a mission. Darius John Rubin is their son. They have made their home in London. She previously dated military photographer Luc Delahaye and radio journalist Paul Marchand.

Christiane Amanpour has a net worth of $18 million dollars.

She played herself in an episode of ‘Gilmore Girls.’ She also starred in the films “Iron Man 2” and “Pink Panther 2.”
She is a skilled equestrian who used to compete as a jockey as a child.