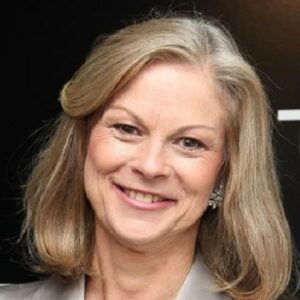 Christie Hefner is the daughter of Hugh Hefner, the creator of ‘Playboy Enterprises,’ an adult entertainment corporation. She graduated from Brandeis University with a bachelor’s degree in English and American Literature and began her career as a journalist. She later joined her father’s company and progressed through the ranks to become its CEO and chairperson. She had an impact on the company’s operations by transferring the company’s focus from print to the internet in order to stay up with the changing landscape. Playboy TV and Playboy.com were founded by her. She also closed Playboy Clubs and laid off the company’s excess workers. Playboy grew to manage numerous similar agencies under her skilled direction and became the world’s largest adult entertainment company. After being encouraged by Barrack Obama, she chose to leave the corporation and devote her time to social issues. She helped fund $ 30 million for the first AIDS outpatient center by establishing the Hugh M First Amendment Award. She went on to work in the wellness and beauty industries, eventually becoming the executive chairman of Canyon Ranch Enterprises and Hatch Beauty. She joined the board of RDO Companies and serves on the advisory board of Springboard Enterprises, among her many other responsibilities. Christie Hefner is now regarded as one of America’s most respected individuals and a long-serving member of the Civil Liberties Union.

Christie Ann Hefner was born to Mildred and Hugh Hefner in Chicago, Illinois on November 8, 1952. Playboy Enterprises is her father’s company. Her parents split and her mother remarried when she was just five years old. Her father’s previous marriage produced a brother and two half-siblings for her.
Her brother David and her moved to Wilmette, Illinois, after their parents divorced. They grew up in the city’s suburbs, where she attended New Trier High School and received her diploma. From a young age, she excelled in arithmetic and had a passion for music. From 1964 to 1969, she spent her summers at Interlochen’s National Music Camp as an extracurricular activity.

Christie considered becoming a lawyer after earning her bachelor’s degree, but she ultimately chose to work as a freelance journalist. For a year, she worked for the ‘Boston Phoenix,’ writing movie reviews.
She traveled to Chicago to work for her father’s company, Playboy, after earning journalism experience. She was elevated to vice president of the company within four years and was named president in 1982. Christie Hefner had become the chairman and CEO of Playboy Enterprises by 1988.

Christie joined Playboy as a temporary solution, expecting to leave after a few months. However, after the first five years, she began to enjoy the corporate world and realized her leadership and entrepreneur potential.
‘Spice Network’ and ‘ClubJenna,’ for example, were bought by Playboy Enterprise under her supervision. In 2008, she restructured the company’s operations by shutting down the DVD division and laying off unneeded employees. She’s also in charge of shutting down the Playboy Clubs, which were run by female servers costumed as Playboy bunnies. To keep up with the times, she launched Playboy TV and Playboy.com.

She declared in December 2008 that she would be stepping down as CEO of Playboy in a year, and that she would devote her time to charity work. President Barack Obama, according to her statement, influenced her to accept the shift in her life.

In honor of her father, she established the Hugh M First Amendment Award and helped fund $ 30 million to develop Chicago’s CORE Centre, the first outpatient AIDS treatment facility.
Christie moved on to work in the wellness industry, and in 2011 she was named the executive chairman of Canyon Ranch Enterprises. Six top spa resorts and a health and wellness website are operated by the company.
In 2015, she departed Canyon Ranch Enterprises to become the chairman of Hatch Beauty, a personal care company. The company is known for its unique beauty and personal care products. She also joined the board of RDO Companies, an agricultural company worth $ 3 billion.

She is a founder member of The Chicago Network, The Committee of 200, and Women Corporate Directors, among her many other responsibilities. She is also a trustee of Rush University Medical Center and serves on the advisory board of Springboard Enterprises.

Christie Hefner is now a well-known American citizen and a long-time member of the American Civil Liberties Union. She has given several presentations on criminal justice and drug usage prevention. In Forbes’ 100 Most Powerful Women in the World list, she is ranked number 90.

She began her career as a journalist, writing film reviews for the ‘Boston Phoenix.’
Her main contribution as CEO is to lead Playboy Enterprises and keep it up to date by progressively transferring the company’s focus from print media to internet endeavors.

Christie Hefner’s greatest success is to continue her father’s legacy while diverting her emphasis to philanthropic work in the latter half of her career, despite the fact that she has not received any major awards.

Christie’s father’s business, the Playboy, has always been a part of her life. In 1995, she married former Illinois state senator William A. Marovitz. Her husband worked as a real estate developer and an attorney. The Securities Exchange Commission sued him in 2012 for allegedly exploiting inside knowledge to fraudulently trade Playboy stock. The case was settled out of court for $ 168,352.
Christie had advised her husband not to trade in Playboy stock because she was the CEO, and doing so could result in legal issues. Her spouse, on the other hand, did not follow her advise, and they divorced in 2013.

Christie Hefner’s net worth and salary: Christie Hefner is a $30 million dollar businesswoman from the United States. Christie Hefner was born in Wilmette, Illinois, and attended Interlochen Arts Academy and Brandeis University, where she obtained a bachelor’s degree in English and American Literature. She is Hugh Hefner’s daughter. In 1982, Christie was named President of Playboy Enterprises.

Despite the fact that she was always stronger at arithmetic as a child and had a natural knack for investing in the stock market, she majored in English and pursued a career in journalism.
Christie has always aspired to be financially self-sufficient. She shared a room with her lover in college and worked hard to save enough money to purchase her own automobile.
She worked part-time jobs such as babysitting and gift wrapping before starting her business to supplement her income and become more self-sufficient.

She is a well-known financial personality who has given multiple guest lectures at Harvard Business School to discuss her experiences as a businesswoman.

She has been a Huffington Post contributor since May 2005.
She has aided in the fundraising efforts for a couple Democratic Senate candidates and is a staunch supporter of the party.