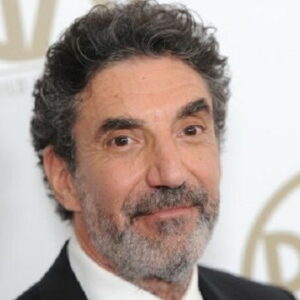 An experienced and recognized American TV writer, producer, and composer is Chuck Lorre. Over the course of his more than 20-year television career, he has created, written, and produced a number of well-known American sitcoms, including “Two and a Half Men” and “The Big Bang Theory.” His love of music inspired him to leave the State University of New York (SUNY Potsdam). He soon began playing guitar and writing songs, and he began touring the US. The radio success “French Kissin’ in the USA” by Deborah Harry was one of the many pop tunes he penned. Early in the 1980s, he shifted his attention to television and began writing animation scripts, such as the “DiC” version of “Heathcliff.” Additionally, he created the themes and music for other animated series, including “Teenage Mutant Ninja Turtles.” He began penning sitcom scripts in the latter half of the 1980s. He created, wrote, and served as executive producer on several highly acclaimed and award-winning sitcoms, such as “Cybill,” “Dharma & Greg,” “Two and a Half Men,” and “The Big Bang Theory.” This gifted show business figure has become known for his “Chuck Lorre Productions” vanity cards, which frequently appear at the end of each episode of his productions and carry a new message each time.

On October 18, 1952, in Bethpage, New York, he was given the name Charles Michael Levine and was raised in a Jewish household. Robert, his father, ran a lunch counter, but he battled with it, leaving the family in debt. In 1976, he lost his father.

Lorre enrolled in “SUNY Potsdam,” where he allegedly “majored in rock ‘n’ roll and cannabis and minored in LSD,” but left after a few years to pursue a career as a songwriter.

He changed his last name to “Lorre” when he was 26. In 2004, when speaking about this choice, he said, “My mother, who was never fond of my father’s family, had a bad habit of using Levine as a stinging insult. She would frequently shout or scream, “You know what you are? A Levine you are! A horrible, bad Levine! I, therefore, experienced severe feelings of poor self-esteem every time I heard my last name for as long as I can remember.

He noted how his new name had been suggested by his first wife, which he thought was cool. He chose “Chuck Lorre” as his new name as a result.

As a guitarist and songwriter, Lorre entered the entertainment industry and performed around the US on tour. He composed a large number of popular songs, including Deborah Harry’s 1986 smash “French Kissin’ in the USA.” Harry’s second solo album, “Rockbird,” included the song.

Early in the 1980s, he focused on composing animated television screenplays, and on September 5, 1984, the animated TV series “Heathcliff,” created by “DiC Entertainment,” debuted.

He eventually shifted his attention to writing for TV comedies. One of his first paid gigs was working on the syndicated sitcom “Charles in Charge” (1984). He later received a staff position on the NBC sitcom “My Two Dads,” which stars Paul Reiser (1987).

Together with Dennis Challen Brown, he wrote the theme song for the American animated TV series “Teenage Mutant Ninja Turtles” (1987–1996). The spoken portions of the theme song were performed by Lorre, who also recorded them.

His appointment as the supervising producer of the well-watched American TV sitcom “Roseanne” on “ABC” was his major breakthrough. From 1990 through 1992, he continued working on the project, contributing as a writer, co-executive producer, and supervising producer, before being let off because of unbridgeable artistic differences.

The American sitcom “Frannie’s Turn,” to which he also contributed as a writer and executive producer, was the first program he produced. From September 13 until October 10, 1992, the show aired on CBS.
After that, he developed the American sitcom “Grace Under Fire,” starring Brett Butler, which ran on “ABC” for 5 seasons and 112 episodes from September 29, 1993, to February 17, 1998. He continued to serve as its co-executive producer, supervising producer, and writer. During the 1993–1994 season, the program gained popularity and became the top-rated new comedy.

The next program he developed, scripted, and produced was the critically praised American TV sitcom “Cybill,” which ran on “CBS” for four seasons from January 2, 1995, to July 13, 1998, and featured 87 episodes. In 1996, it was recognized with the “Golden Globe Award for Best Television Series—Musical or Comedy.”

He gained more notoriety through the well-known American sitcom “Dharma & Greg,” which he and Dottie Zicklin, also known as Dottie Dartland, co-created. Chuck Lorre Productions, 4 to 6 Foot Productions, More-Medavoy Productions, and 20th Century Fox Television all contributed to its co-production. From September 24, 1997, through April 30, 2002, a total of 119 episodes from 5 seasons of the show were shown on ABC.

Charlie Sheen has played the title role of “Charlie Harper” in “Two and a Half Men” since the show’s first season. Due to Sheen’s drug-related troubles, the eighth season of the program was unexpectedly canceled in February 2011. After Sheen underwent drug rehabilitation and made “disparaging statements” about Lorre, his contract was terminated in March 2011. From the ninth through the twelfth season, Ashton Kutcher took Sheen’s place and portrayed “Walden Schmidt,” a billionaire who buys Charlie’s home after his death.

Together with Bill Prady and Steven Molaro, he co-created the American comedy “The Big Bang Theory” and served as its executive producer and head writer. The program had its television debut on “CBS” on September 24, 2007, and it is currently in its eleventh season. It is regarded as one of the highest-rated comedy programs in American TV history and has received numerous honors and nominations, including 7 Primetime Emmy awards and 1 Golden Globe award.

On March 12, 2009, he was awarded a “star” on the Hollywood Walk of Fame, which is situated at 7021 Hollywood Boulevard. Additionally, he received an honorary degree from “SUNY Potsdam” in that same year.

The distinctive vanity cards from “Chuck Lorre Productions,” which often appear at the conclusion of each of his productions, also helped Lorre establish his brand. The beginning was “Dharma & Greg.” Every time they emerge, a new brief message is conveyed by the cards. The cards are also available on his website.

He was admitted into the “Television Academy Hall of Fame” in March 2012. On October 16 of the same year, he released a coffee-table book including a collection of his distinctive vanity cards under the title “What Doesn’t Kill Us Makes Us Bitter.”

He is a co-creator, writer, and producer of the American TV shows “Mom” (running since 2013) and “Young Sheldon” (2017–present). For the first time since the launch of “Dharma & Greg,” his 2017 sitcom “Disjointed” debuted with a conventional production logo rather than his recognizable vanity card.

The American web comedy series “The Kominsky Method,” which will debut on “Netflix,” was created by him. Michael Douglas, a renowned actor, plays the lead role. Along with Lorre, Douglas serves as the show’s executive producer.

He has been engaged with behavioral health expert Arielle Mandelson since August 2017. Lorre is open about being an alcoholic in recovery.

An American writer, producer, composer, and director by the name of Chuck Lorre, is worth $600 million. For popular television programs like “Grace Under Fire,” “The Big Bang Theory,” “Two and a Half Men,” and “Mike and Molly,” Chuck Lorre has produced, written, and/or directed.