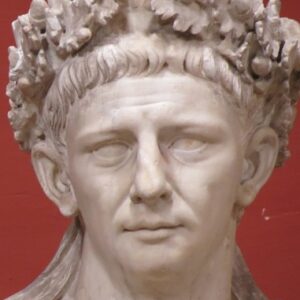 From 41 to 54 AD, Claudius (Tiberius Claudius Caesar Augustus Germanicus) was the Roman Emperor. He is credited with expanding the Roman Empire to include Britain as a province as emperor. He was the son of Nero Claudius Drusus, a well-known and renowned Roman general who died when Claudius was still a child. He grew up to be a clumsy and unattractive young man with a limp and slight hearing, raised by his mother who never remarried. Because of these characteristics, he was shunned by his own family and barred from holding public office. His handicap, on the other hand, proved to be a gift in disguise, as the aristocratic family’s opponents did not regard him as a major threat, and he avoided the fate of several other aristocrats who had been slain by their rivals. His ascension to the throne was purely coincidental. Claudius was the nephew of Tiberius, the second emperor of Rome, and after Tiberius’ successor Caligula was slain in January 41 AD, Claudius was proclaimed emperor. Despite his late accession to the throne and lack of political experience, he proved to be an effective governor. He initiated the invasion of Britain, and his dominion grew dramatically throughout his reign. He was also a prominent historian and thinker with a passion for literature and academic studies.

He was the son of Nero Claudius Drusus, a popular and accomplished Roman general, and Antonia, and was born on August 1, 11 BC at the Sanctuary of the Three Gauls. He had two older brothers and sisters.
He was the emperor Tiberius’ nephew and Livia Drusilla’s grandson.

Claudius’ father died when he was a child, and he was raised by his mother. He was a sickly child with a limp and a slight deafness as a result of an illness. He was also unsightly and clumsy. His own family shunned him and deemed him an embarrassment as a result of these factors.

As he progressed through puberty, it became clear that he was a bright young man with scholastic interests. History was taught to him by tutors such as Livy and Sulpicius Flavus. He had a philosophical bent as well.

Claudius was never allocated to any major office in the Roman Republic due to his handicaps. He asked his uncle, Tiberius, for a governmental position on several occasions, but he was denied. Only consular ornaments were bestowed upon him.

Caligula succeeded Tiberius as Emperor after his death. Claudius’ talent was noticed by the new emperor, who named him as his co-consul in 37 AD. However, the emperor harassed and humiliated Claudius in front of the Senate on a regular basis.

Caligula was slain on January 24, 41 AD, in a wide-ranging conspiracy involving the Praetorian commander Cassius Chaerea and other senators. Several other noblemen who were not implicated in the murder were also slain as a result of the murder. Claudius, terrified, went to the palace to seek refuge.

He was finally discovered by the Praetorian guards, who instead of murdering him, placed him as the new Emperor.
Claudius proved to be a capable and efficient administrator, despite the fact that he was initially thought to be weak and incapable. His health improved dramatically after becoming Emperor.

The Roman Empire expanded dramatically during his rule. In 43 AD, he began the conquest of Britain, which was one of the most ambitious military expeditions of the first century. He crossed the English Channel with an army of 40,000 warriors and several war elephants, and his troops quickly established a stronghold in the province.
Claudius went to Britain during the invasion, bringing reinforcements and elephants with him, and stayed for 16 days before returning to Rome.

The Roman colonia of Colonia Claudia Victricensis was created as the provincial capital of the newly established province of Britannia at Camulodunum after the invasion of Britain. In addition to Britain, he expanded the Roman Empire to include Mauretania (North Africa), Thrace (the Balkans), and Lycia (part of Turkey).

As a king, he placed a high value on public works and infrastructure. Caligula had begun the Aqua Claudia aqueduct, which he finished, and the Anio Novus aqueduct. He also constructed a number of roads and canals across Italy.

During his reign, he dramatically enhanced the court system and personally judged many of the legal matters. During his reign, he also issued a number of edicts. These were on a variety of themes, but one of the most well-known was on the treatment of sick slaves who were frequently abandoned by their masters to die or be killed. It was declared in the edict that owners who decided to kill slaves rather than care for them would be prosecuted with homicide.

Claudius was also a prolific writer and was engaged in intellectual activities. An Etruscan history, eight volumes of Carthaginian history, an Etruscan lexicon, and a treatise on dice playing are among his significant literary accomplishments.

Claudius garnered recognition and respect as the emperor who substantially expanded the Roman Empire. He launched a military effort to conquer Britain in 43 AD, and the war was successful, and Britain became a Roman province.

Claudius was universally revered as a living Princeps, and his own temple in Camulodunum was dedicated to him in Britannia.
His successor Nero and the Senate deified him nearly immediately after his death.

Claudius has been accused of being a womanizer and easily persuaded by women by several ancient authors. He had been betrothed twice and had been married four times.

Plautia Urgulanilla was his first wife, with whom he had a son. He divorced Urgulanilla for infidelity later on and married Aelia Paetina shortly after. This marriage ended in divorce as well. From his second marriage, he produced one daughter.

After a few years, Claudius married Valeria Messalina. Because of his wife’s numerous sexual affairs, this marriage also dissolved. From this marriage, he produced two children.

Agrippina the Younger was his fourth and final marriage.
On the 13th of October, 54 AD, he died in the early hours of the morning. It is widely assumed that he was poisoned to death, with Agrippina, his final wife, being the perpetrator.