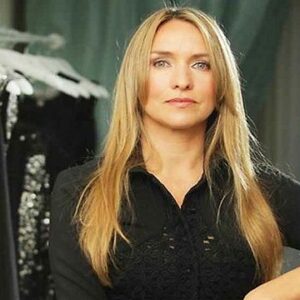 Collette Dinnigan is a fashion designer from Australia. She began her career designing lingerie before moving on to dinner trousers and blouses. She discovered early on in her career that the Australian public did not think it was appropriate to buy expensive underwear. Instead of giving up hope and following the crowd, she maintained to her principles, and her designs were worn by celebrities such as Angelina Jolie, Charlize Theron, Halle Berry, and Kate Hudson. Collette Dinnigan intended to be a veterinary scientist or a marine biologist as a child, and becoming a fashion designer came as a complete surprise. Her family spent many years on their yacht, thus she believes she was born into a sea-gypsy’ household. Her family traveled across Australia before arriving in New Zealand. Collette claims she disliked the new country and their new home, so she relocated to Australia to further her career. Within a few years, she had established herself as a respected figure in the field, which was confirmed when the fashion world in Paris came knocking.

Collette Dinnigan was born in Durban, South Africa, on September 24, 1965. Their family spent several years on a yacht before sailing around Australia’s western coast and eventually settling in New Zealand.

Her mother ran a modeling business and designed textiles, while her father was Irish.
Collette wanted to study graphics, so she went to a full day of lectures, only to discover it was the fashion school. She graduated from Wellington Polytechnic with a degree in ‘Fashion and Textile.’

She traveled to Sydney, Australia, after graduation and began working in the Australian Broadcasting Corporation’s costume department. She also worked in theatre, styled rock bands, and directed feature films.

In 1990, she shot her first catalog at the Alice Motel in Tamarama. Her French-inspired dry clean only lingerie was an unexpected smash. The lingerie was meticulously hand-embroidered by highly trained artisans in India.

In 1992, she built her first retail business in Paddington, Sydney’s William Street. It quickly became the go-to place for stunning lingerie-style dresses, delicate lace items, and eye-catching designs. Soon after, the store grew in popularity, and she began to export to New York (Barney’s), London (Harvey Nichols), and Hong Kong.

Her second business, Chapel Street, South Yarra, Melbourne, opened in 1995.
In 1995, she was elected to the Chambre Syndicale Committee, and in 1997, she was appointed as an advisor to the South Australian Wool Board.

She was named Chairperson of the NSW Small Business Development Corporation in 1998.
She opened her third retail store in Chelsea, London, in 2000 to commemorate her ten years in the profession.

Collette was approached by UK super-retailer ‘Marks & Spencer’ in 2002 to design a lingerie collection exclusively for their stores. ‘Wild Hearts’ was the name of the collection, and it produced spectacular results.

She was the first Australian designer to participate in Singapore’s ‘Audi Fashion Festival’ in 2013. She kicked off the week with Carolina Herrara and Peter Pilotto.

She announced her departure from Paris Fashion Week on October 29, 2013. She also announced that she will be scaling back her retail and wholesale activities in order to concentrate on licensing and special projects, primarily in Australia. The stated reason was that she wished to spend more time with her family.

She was the ‘first-and-only-Australian’ designer to participate in the Paris’ Prêt-a-Porter (ready-to-wear) Fashion Week and debut a ready-to-wear collection on the request of the ‘Chambre Syndicale du Pret a Porter des Couturiers et des Createurs de Mode’ in 1995.

She received the ‘Louis Vuitton Business Award’ in 1997.
She was inducted into Australia’s Businesswomen’s Hall of Fame in 1998.
The 5th Australian Fashion Laureate Award was bestowed upon her by the New South Wales government in 2012.
The Massey University Hall of Fame in New Zealand honored her.

Collette is married to Richard Wilkins and has a daughter with him named Estella.

In a private wedding on the Amalfi Coast in Italy, she married Bradley Cocks. Cocks is a Canadian entrepreneur who owns a premium hotel chain with locations all over the world. They have a son together.

Collette Dinnigan was featured on a stamp issued by Australia Post in 2005.
She was one of five Australians invited to Buckingham Palace to meet Queen Elizabeth.